A population recovery came as a total surprise, even to the researchers studying the beasts. 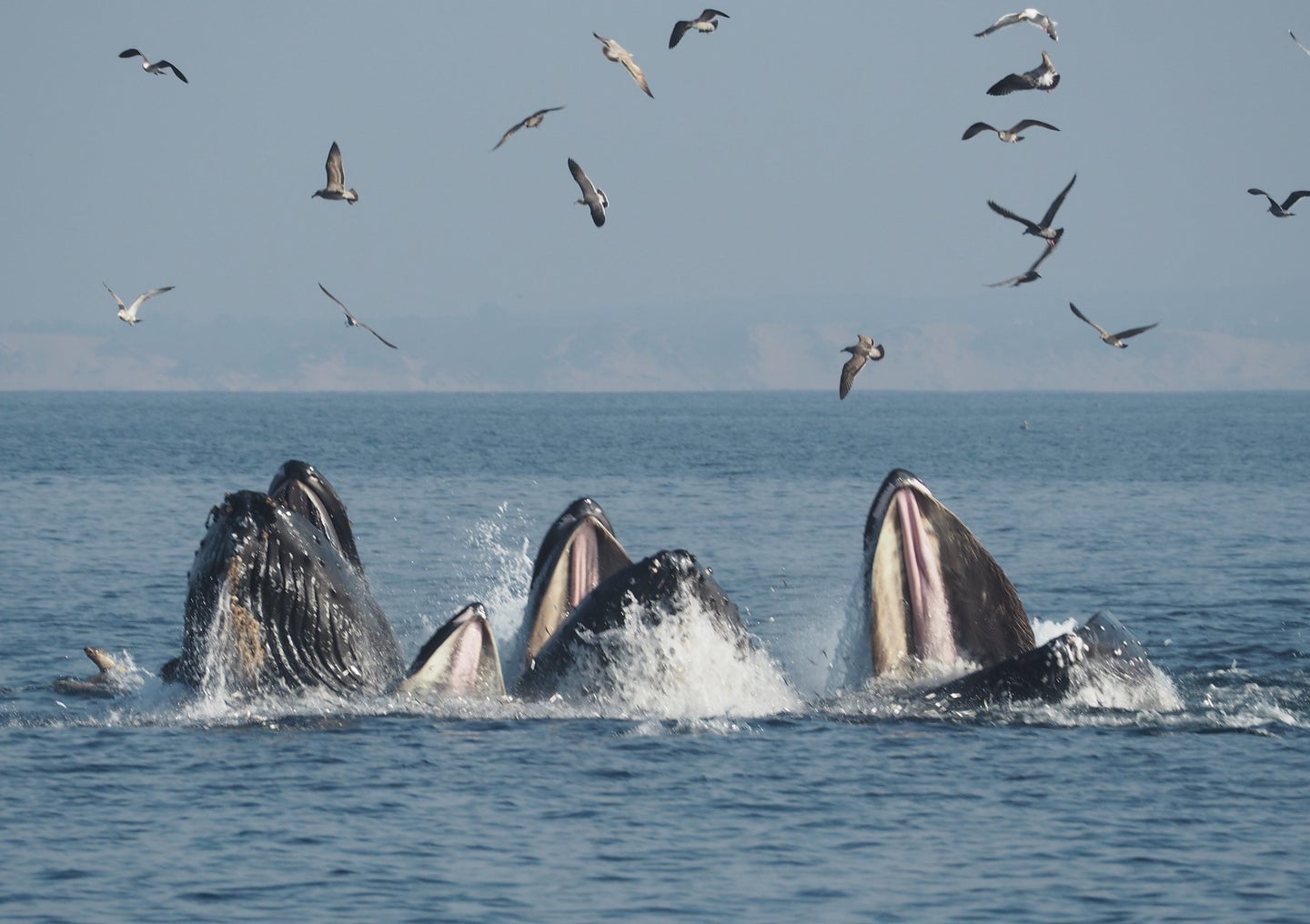 Across the globe, species are rapidly going extinct and ecosystems are reshuffling as the climate warms and habitat is lost. But, this week, there’s at least one bit of good biodiversity news.

In a new study published in Royal Society Open Science, the authors announced that the South Atlantic humpback whale population had recovered to almost pre whaling numbers. “We were happy to see that,” says Alex Zerbini, marine mammal ecologist at NOAA’s Alaska Fisheries Science Center. “It was a little bit unexpected for us that they had recovered so well.”

Many cetacean species were drastically reduced during the whaling boom that peaked in the early 1900s. Globally, at least 300,000 humpbacks were killed between the late 1700s and 1950s for their meat and blubber. The South Atlantic population, which winters off the coast of Brazil and migrates south to feed on krill in the South Georgia and South Sandwich islands, dropped to just 450 individuals in the 1950s—from an original estimated population of 27,000. Finally, in the mid 1980s, the International Whaling Commission (IWC) enacted a ban on commercial whaling.

Since then, officials and conservationists have monitored whale populations for signs of recovery. For the South Atlantic humpbacks, IWC scientists used aerial surveys—estimates made from a fly-over by plane—to try to grasp their numbers. In 2011, the IWC put out a report stating that that the humpbacks had recovered to 30 percent of their historic population.

But that was likely an underestimate, says Zerbini, who contributed to the old analysis. Being aquatic creatures, it can be hard to get a clear count of cetaceans. “One disadvantage of using an airplane is that it flies so fast that sometimes you’re going to miss whales,” he says. “They cannot count everybody.”

Since then, ecologists have returned on ships to count the mammals at close range. Those counts went into the equation used to estimate abundance in the recent study. With the new information, Zerbini and his team estimate the South Atlantic population is 25,000—that’s 93 percent of their pre whaling numbers. “It shows that if you manage wildlife populations properly, they can thrive even after a long period of exploitation,” says Zerbini.

Still, humpbacks face some substantial challenges. They can get tangled in fishing nets, or struck and killed by ships. Of the 14 global populations identified by U.S. officials, four are endangered and one is threatened—and all five of those live in the northern hemisphere. Currently, the National Marine Fisheries Service is proposing to protect large areas of habitat coastal waters off the coasts of Alaska, Washington, Oregon, and California to reduce these impacts. The agency is accepting comments on the proposal through December 9. Today’s humpbacks also live in an altered marine environment. The singing cetaceans spend much of their year feeding in rapidly warming Antarctic waters. One study estimated that krill, the tiny crustaceans humpbacks feed on, have had their habitat drift almost 300 miles southward as water temperatures have gone up. And there’s only so much room to go poleward, so this shift could spell a loss of the primary food source in these cold waters. Zerbini says its important to keep an eye on the ecosystem, to see how the increased numbers of humpbacks interact with other organisms, including the seals and penguins that also eat krill.

While he’s pleased with the whale’s recovery, the work is never over for Zerbini. “We need to keep watching for new threats.”