What bats and metal vocalists have in common

Both scream using the same part of the larynx—with an impressive octave range. 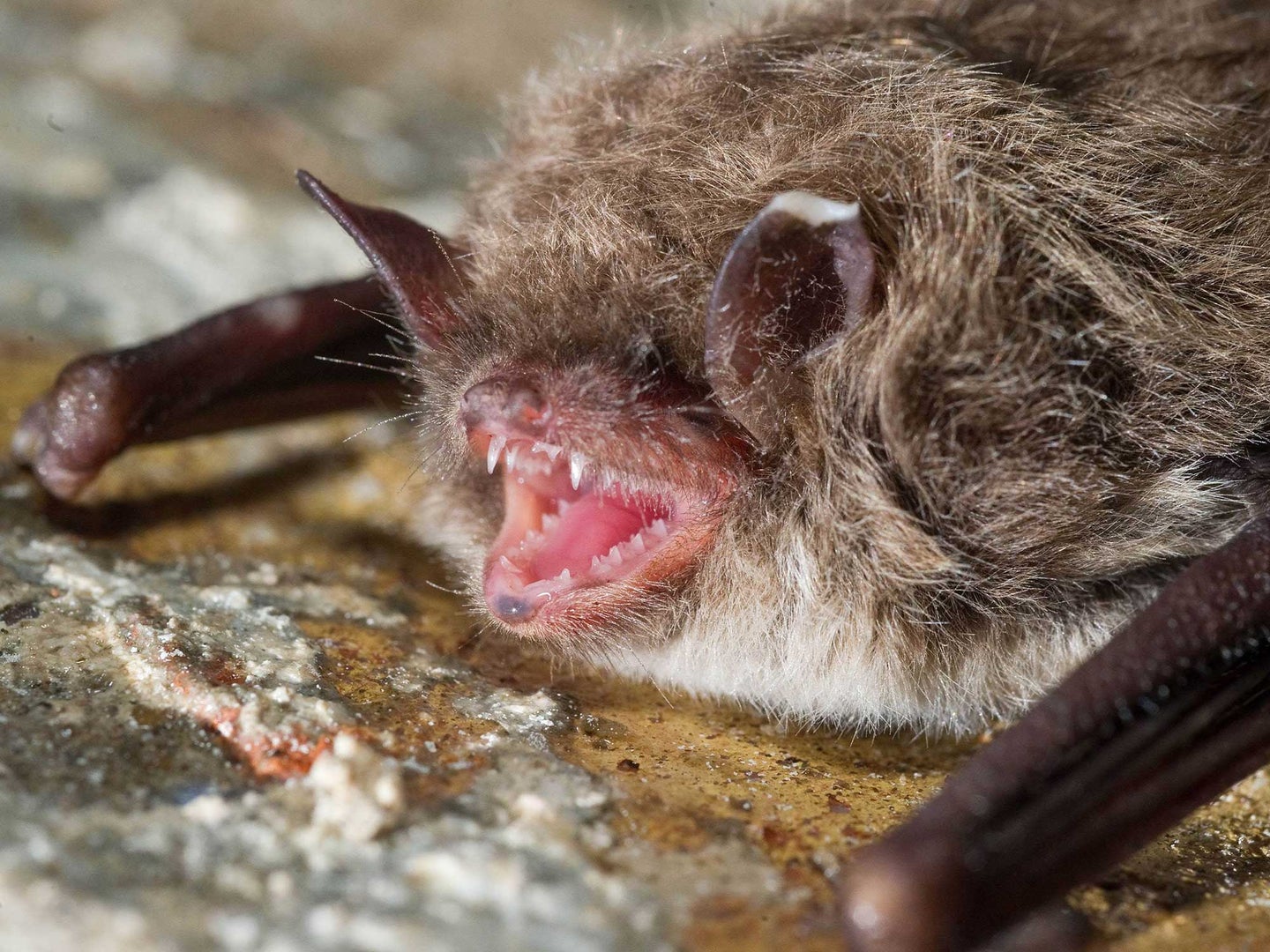 Some species of bats are known for the ability to echolocate, or use sounds to find food. Their spooky screeches, eating habits, and fangs have also earned them historical associations with darkness, vampires, and so on. However, their eerie vocalizations could be even more unique than once believed.

A new study published yesterday in the open access journal PLOS Biology finds that bats use distinct structures located in their larynx to make high-frequency calls for echolocation and lower-frequency social calls. And to make it even more musical, the structures used to make the low-pitched calls are similar to the ones death metal singers use in their growls.

Bats that can echolocate like the greater horseshoe bat (Rhinolophus ferrumequinum) and the big brown bat (Eptesicus fuscus) have extremely large vocal range of 7 octaves, compared to only 3 to 4 octaves for most mammals—humans included. Their echolocating calls and social calls are unique among mammals at a range between 1 and 120 kilohertz.

In this study, a team from The University of Southern Denmark sought to better understand how different vocal structures allow bats to create such a wide range of calls.

[Related: The science is clear: Metal music is good for you.]

They extracted the larynx from five adult Daubenton’s bats (Myotis daubentonii) and filmed them at a speed of 250,000 frames per second, while applying air to mimic vocalization. Machine learning was then used to reconstruct the motion of vocal membranes that had been hidden by other structures in the throat.

[Related: The secret to these bats’ hunting prowess is deep within their ears.]

The air pressure crated self-sustaining vibrations in the vocal membrane at frequencies between 10 and 70 kilohertz. This amount is enough to for the bats to produce the high-frequency echolocation calls. By comparison, the ventricular folds, or the thick folds of membrane located just above the vocal cords, vibrated at frequencies between 1 and 3 kilohertz. This means they are likely the ones involved in producing the bat’s lower-frequency social calls.

Some humans actually use the ventricular folds in their throats to produce low-frequency vocalizations, such as the growls made by death metal singers and in Tuvan throat singing, a type of singing performed in Tuva, Mongolia, and Siberia.

According to the authors, this study is the first one to directly observe the self-sustained vibrations in bat vocal structures that are able to generate both echolocation and social calls.

“We show that bats vibrate extremely thin and light membranes extending from their vocal folds to make their high-frequency ultrasonic calls for echolocation,” the authors wrote in a statement. “To extend their limited lower vocal range, bats make aggressive calls with their ventricular folds—as in death metal growls.”