The Sahara used to be full of fish

The desert used to be green and lush. 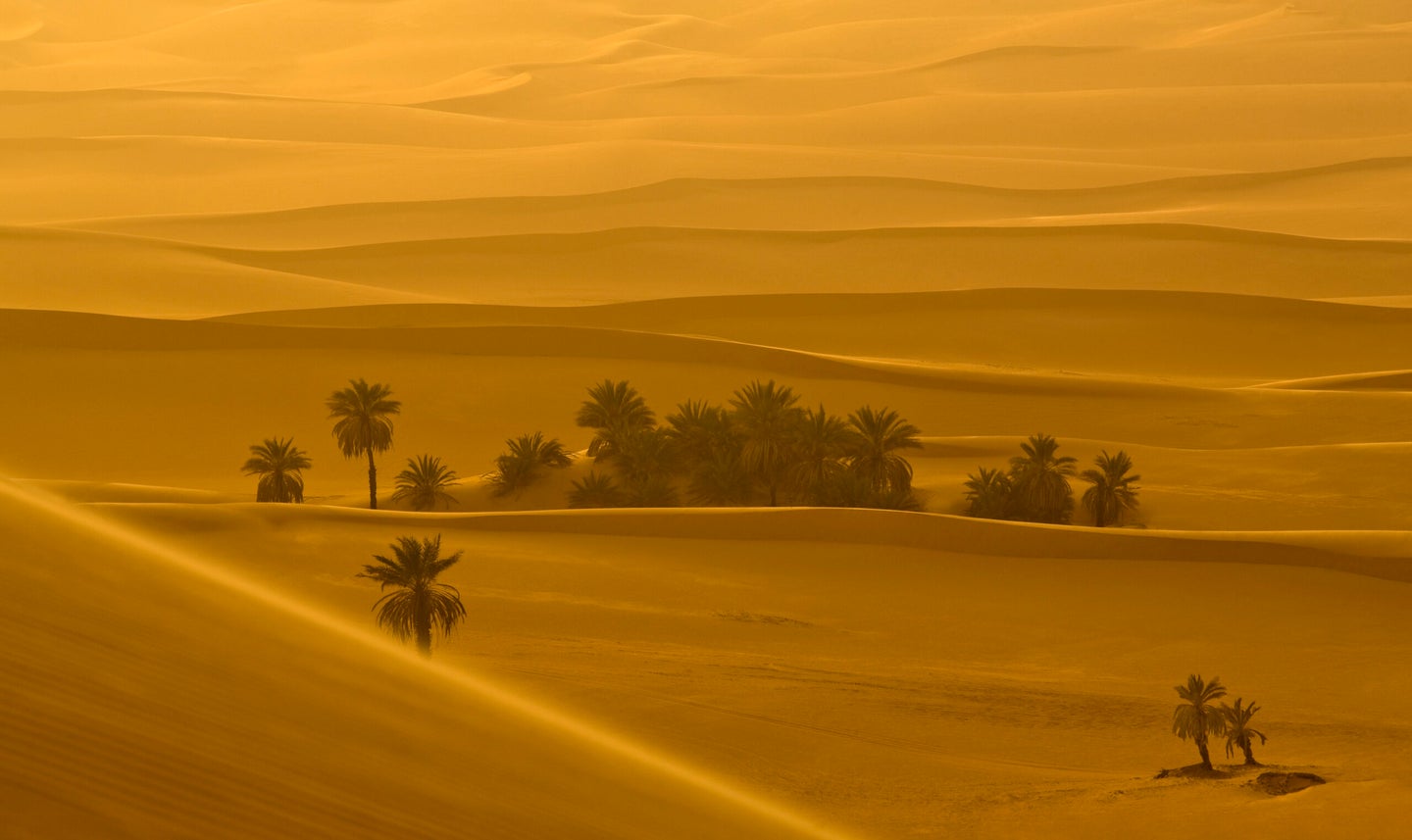 When you think of the Sahara, seafood probably isn’t the first thing that springs to mind. For thousands of years, this massive desert stretching across North Africa has been home to just the scant few animals adapted to life in hot, arid land.

But during the Holocene, the Sahara was lush—and full of fish.

A study published last week in PLOS One reports that out of 17,551 faunal remains found in the Takarkori rock shelter in the central Sahara, 80 percent were fish. That’s a pretty stark difference from the dry desert we think of today.

“Southwestern Libya is presently an inhospitable place—it is among the most arid locations in the Sahara—so it is really extraordinary,” says Kathleen Nicoll, a professor of geography at the University of Utah who was not involved in the study.

The fossil record also shows swimmers seeing a decline over the years as the area’s climate changed. Remains from the earliest dates are made up of around 90 percent fish species, but by around 5,000 years ago aquatic animals made up less than half of the population. By then, only small, hardy fish built to outlast shallow waters and high temperatures remained.

Savino di Lernia, an author of the study and the Director of the Archaeological Mission of the Sapienza University of Rome, has been working in Libya since 1990. He says that around 12,000 years ago, shifts in monsoon patterns brought rain to the region. With increased rain grew waterways that connected to Lake Chad in the south and the Nile River in the north, possibly opening up a passage for these fish to reach the central Sahara in such quantities.

Marks found on the fish remains show evidence of other residents: The humans who munched on them.

“I was personally surprised by the fact that fish were a type of staple food, even during neolithic, pastoral times,” di Lernia says. Eventually, many of those people would become sheep and goat herders.

Around 5,000 years ago, the climate changed dramatically. Due to changes in the atmosphere caused by Earth’s position while orbiting the sun, monsoon seasons changed rapidly, and the rain that kept the Sahara green virtually vanished, says study author Andrea Zerboni, a geoarchaeologist at the University of Milan.

“The whole region underwent a dramatic landscape change. Some areas abruptly shifted into a hyperarid desert,” he says.

Some scientists in the field, including di Lernia, think that people could have helped trigger this climate change by switching over from hunting and gathering to pastoral lifestyles. Zerboni and Nicoll published a paper in 2018 outlining the overlap of increased herding, soil erosion, and monsoon pattern change. Grazing caused soil erosion and mobilization of dust, which Zerboni says amplified the area’s aridification.

But not everyone is sold on the idea that humans helped dry up the desert. In fact, another 2018 paper argued that the shift toward pastoralism might have kept the area green for longer than it otherwise would have stayed.

For Nick Drake, a professor of physical geography at King’s College London who was not involved in the new study, the story of the drying Sahara is one of resilience—something we can learn from as we face the mounting pressure of human-caused climate change.

Drake says the people of Germa in Libya looked to technological fixes from all over the world, tinkering with Persian irrigation systems and trying out both Roman horses and Arabian camels as transportation options. That ingenuity allowed them to persevere and even flourish during the massive climate switch—adapting and surviving for thousands of years before being swept up in other empires. The fish and fauna of a wetter period may have been gone, but their society continued.

Innovation is key to keeping our societies alive in the face of a changing climate, Drake says. With developments like renewable energy technologies, he remains hopeful that we can take a page out of Germa’s book.

“The chances are, we’re going to innovate,” he says, “and you can see that happening now around the world.”