Composting dead bodies may have once been taboo—but it's a real option for eco-conscious burials. 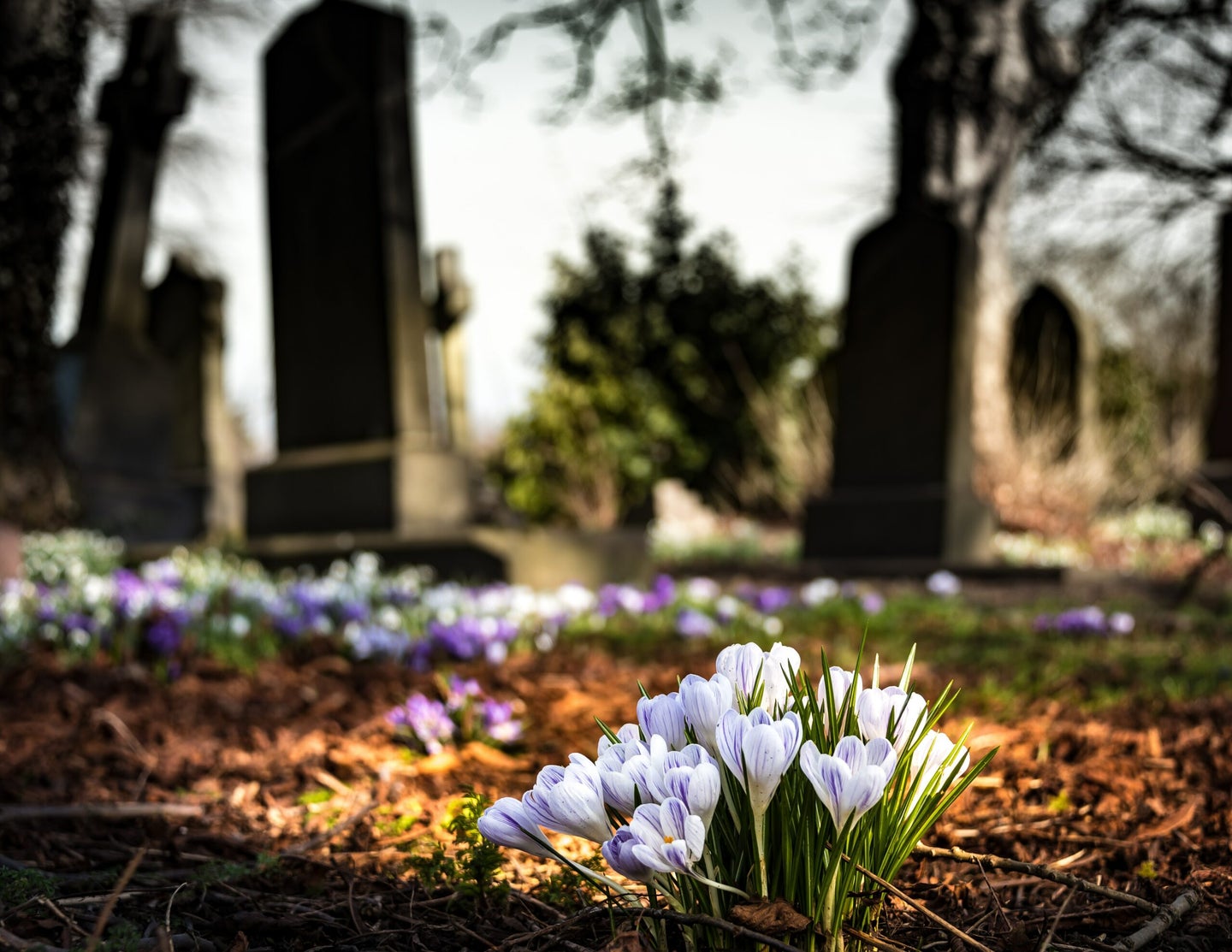 Many cities around the United States are running out of space to bury the deceased. Some designated cemeteries are predicted to run out of room within the next decade or two, making it difficult for families to have their loved ones entombed in the same area. One reason for this crowding of cemeteries is due to the way burials have been done over the years.

What so much of the US understands as a traditional burial or funeral involves embalming, which is a process that stops the natural rate of decomposition. Corpses are then buried in a coffin and covered with a concrete slab. Other common funeral processes include cremation, where remains are either scattered or put in an urn for loved ones.

In comes Natural Organic Reduction (NOR)—a method in which unembalmed remains are processed and turned into soil, aka human composting. The body is broken down with organic materials like wood chips and/or straw for several weeks inside of an enclosure until it becomes soil. This practice was first legalized in 2019 and came into effect in 2020 in Washington State, and has just this summer become legalized in Colorado. States like Maine, Oregon, and California are also considering the eco-friendly afterlife alternative.

Recompose, a Seattle-based business became the first full-service human-composting funeral home in the country earlier this year. The funeral home uses NOR to turn bodies into soil for family members to scatter or use to plant a memorial site for the deceased loved one. The funeral home uses a “vessel”, is ​​a steel cylinder that is 8 feet long and 4 feet tall. The metal container is then monitored by a computer and staff as the deceased decompose into soil with the help of wood chips, alfalfa, and straw. The organic materials create an environment for microbes and microorganisms that help the decomposition process.

[Related: We need a greener way to die.]

“We work with individuals on what works for them,” she says. For example, many members of the Jewish faith are often buried the same day after their passing. ”For some [people], it feels okay to undergo the natural organic production process. And for some, that’s not okay— we respect whatever choices people make and completely understand that we don’t work for everyone.”

NOR may not be right for certain people with diseases like tuberculosis or who have undergone treatments like radiation treatments a month before passing, Swenson says, and are currently not eligible for the process according to state safety regulations. This is largely to ensure that the resulting soil doesn’t have harmful pathogens, and it is always tested once the decomposition has been completed. The process makes about a cubic yard of soil, or about enough to “fill a truck bed.”

The process not only saves more space, but is more environmentally sound than cremations. Traditional burials tend to use up space that could otherwise be used for vegetation, often involving materials like steel, copper, and other metals in coffins that do not biodegrade over time.

“We use 1/8 of the energy required by conventional burial or cremation, we don’t use fossil fuels and gas the way that crematoriums use,” Swenson says. “The only electricity involved is in powering the computer that monitors the vessels… it’s low energy usage that way.”

Walt Patrick, the senior steward at Herland Forest, a nonprofit that also performs green burials and human composting explained that the process of human composting is good for soil and vegetation.

[Related: The Buddhist practice of planting trees in human ashes is saving space across the planet.]

He also pointed out that being composted makes it easier for people who want to be scattered on their land in a  “return to the biosphere”, especially in states where people cannot be buried on their property. Turning those remains into soil allows loved ones to have the freedom to have a plant burial on the deceased person’s property—while supporting flora and fauna in their own backyard.

Ultimately both Patrick and Swenson explained that the process is done with the care for the deceased’s dignity as a person.

“The environmental impact … that resonates with a lot of people,” Swenson says.” And then there’s also the beauty [that is sometimes called] meaningful use, the idea that you will go on to do good after you die.”