A new study confirms the benefits we get from cats and dogs. 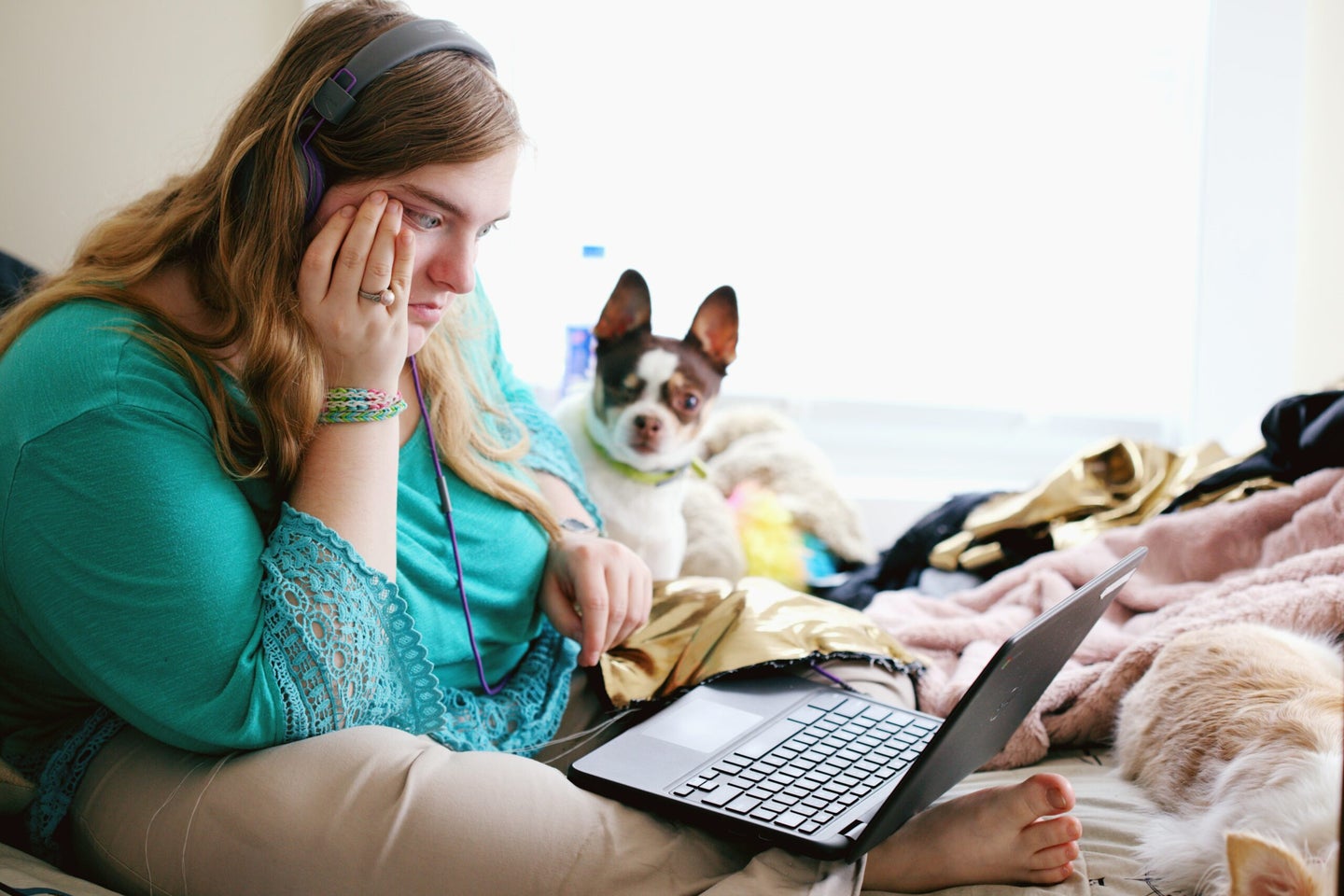 It shouldn't surprise anyone that cats and dogs are soothing. Sharon McCutcheon/Unsplash
SHARE

Humans have long shared the anecdotal benefits of animal companionship, but until recently research has been lacking. This is particularly true when it comes to the benefits of emotional support animals.

This month, the first peer-reviewed, scientific study was published on the benefits of emotional support animals for those with serious mental illnesses, like chronic anxiety or depression. The study, which was conducted by researchers at the University of Toledo, found that one year after adopting, participants saw a significant reduction in depression, anxiety, and loneliness.

Unlike service animals, emotional support animals need no formal training or certification. Yet they are still formally recognized by healthcare professionals as therapeutically necessary for people with certain conditions, like anxiety, depresion, or addiction, that qualify as disabilities under the Fair Housing Act.

“This study shows there is a place for emotional support animals in terms of them being partners in our health and well-being,” says Janet Hoy-Gerlach, PhD, LISW-S, a professor of social work at the University of Toledo and lead investigator of the study.

The study recruited participants through the Hope and Recovery Pet (HARP) Program, an initiative that places strays into homes as emotional support animals. The program was developed in 2010 by Hoy-Gerlach, and is a partnership between the Humane Society and ProMedica, a large healthcare system. It now operates in 28 states.

“The best part of the program is it’s two-fold,” says Hoy-Gerlach. “The program benefits people’s health, and it gets shelter animals into good, loving homes.”

All participants in the study were considered low-income, had chronic mental illnesses, and lived alone. The Humane Society vetted candidates and conducted a home visit prior to matching them with an animal to ensure the pet’s safety.

Before participants adopted their emotional support cat or dog, they took a test assessing their anxiety, depression, and loneliness. Researchers also collected saliva samples to measure for three biomarkers of stress and bonding:

At the 12-month mark, everyone took the same psychological test again to assess their mental well-being. Not only did the study find that participants had significantly lower levels of anxiety and depression one year after adoption, but they were also less lonely.

Yet there weren’t corresponding changes in the three saliva biomarkers. Although Hoy-Gerlach says there was a consistent pattern of oxytocin increasing and cortisol decreasing after participants interacted with their pet for 10 minutes, the trends weren’t statistically significant.

Hoy-Gerlach first came up with the idea for the study early in her social work career when she conducted risk assessments for people contemplating suicide. One of the many questions she asked was, ‘what has stopped you from acting on these thoughts?’

“I would get a lot of ‘I couldn’t do that to my kids’ or ‘It’s against my faith.’” says Hoy-Gerlach. “But I also regularly got responses along the lines of, ‘I don’t want to leave my pet behind.’”

As an animal lover herself, those responses intuitively made sense. But as a mental health professional, she realized none of her training or education ever mentioned animals as a means of protecting and preserving human health.

“And yet, the people I was talking with were citing their pets as the reason they were alive,” says Hoy-Gerlach. “That’s a really powerful thing, keeping someone alive.”

The present study lacked a control group and had a small sample size, so researchers cannot make wide, sweeping generalizations. But Hoy-Gerlach says this could be just the first study of many. “My hope is that [this study] will catalyze more research with more rigorous methods so we can better understand and leverage the benefits that can be had through emotional support animals.”