What is the ‘dead zone’ in the Gulf of Mexico, and why is it super-sized this year? 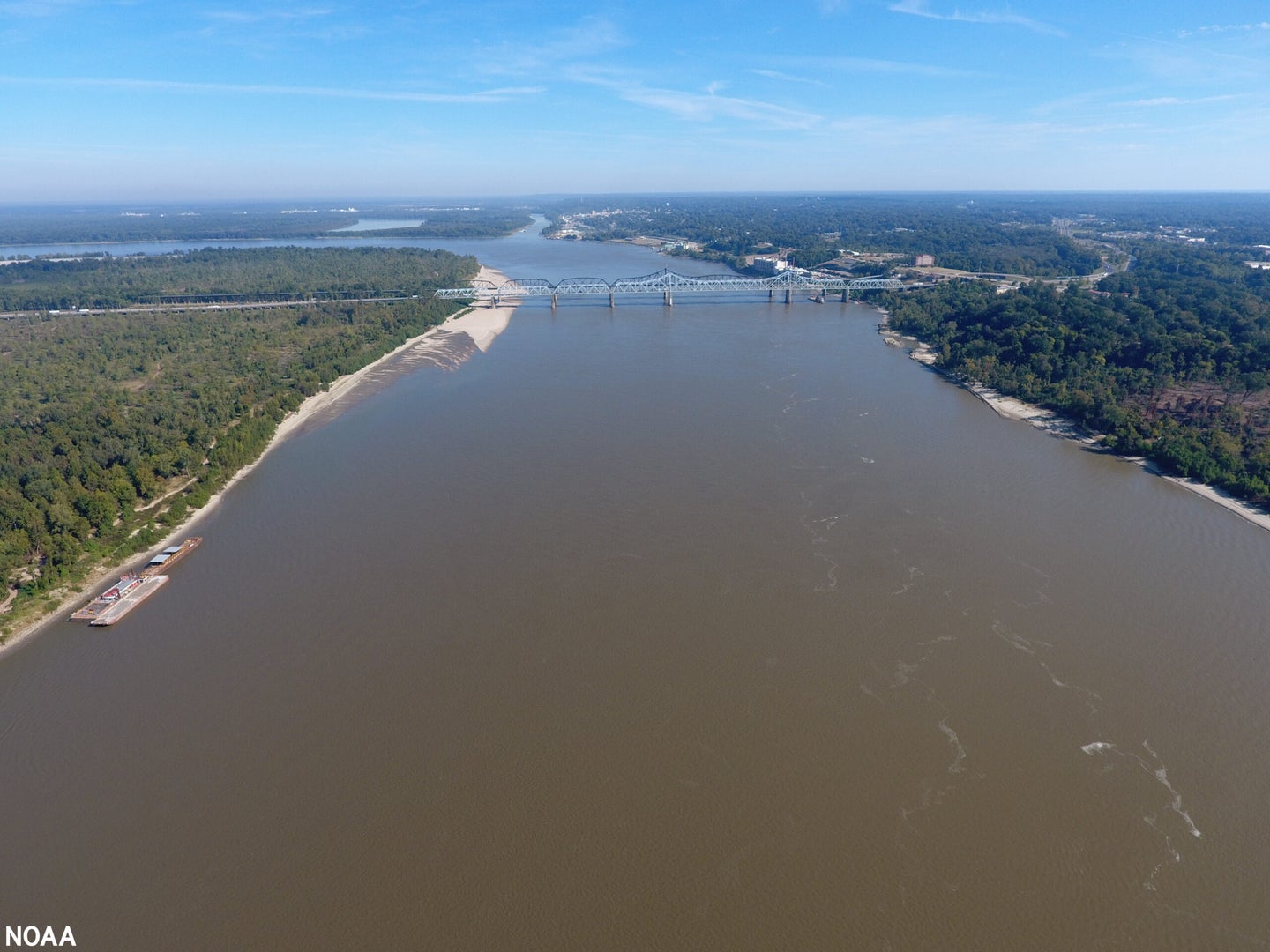 The Gulf of Mexico’s dead zone is a product of nutrient-rich water flowing from the Mississippi River watershed, which reaches up into Canada and drains water from 32 states. NOAA
SHARE

An expansive portion of the northern Gulf of Mexico, stretching from Texas to Florida, has very low oxygen levels. Those levels sink even further every summer, creating a hypoxic or “dead” zone, so named because the lack of oxygen makes the area inhospitable to fish and marine life.

Dead zones can be completely natural and many times not a cause for concern. But the hypoxic area growing in the Gulf of Mexico is reaching a size that is worrying researchers.

The dead zone in the Gulf of Mexico is the second largest in the world. This year, the Gulf’s dead zone measures an area of 6,334 square miles—30 percent larger than the National Oceanic and Atmospheric Administration’s (NOAA) predicted 4,880 square miles. While that’s still substantially smaller than the dead zone of 2017 (which reached a size of 8,776 square miles), this year’s zone is bigger than the current five year average (5,400 square miles). It’s also an alarming leap from the mere 2,116 square mile hypoxic zone of 2020—the third smallest in the 34 years of measuring.

“The distribution of the low dissolved oxygen was unusual this summer,” said Nancy Rabalais, an oceanographer at Louisiana State University who led a dead zone survey last month, in a statement NOAA issued on August 3.

The Gulf of Mexico’s dead zone is a product of nutrient-rich water flowing from the Mississippi River watershed, which reaches up into Canada and drains water from 32 states. As the freshwater moves southward, it accumulates nitrogen and phosphorus from Midwest agriculture and sewage, delivering those chemicals atop the Gulf’s salty waters. Nitrogen and phosphorus fuel algal blooms that eventually die and sink to the bottom of the ocean—their decomposition by microbes deplete the oxygen there, creating the dead zone. The water stays hypoxic until storm season churns, introducing new oxygen to the area.

[Related: Videos show a surreal ‘eye of fire’ in the Gulf of Mexico after gas pipeline ruptures at sea]

“Climate is directly linked to water, including the flow of nutrient pollution into the Gulf of Mexico,” the Environmental Protection Agency’s (EPA) assistant administrator for Water Radhika Fox told NOLA in regards to the size of this year’s dead zone in the Gulf of Mexico. She added that climate anomalies like less rainfall in the Mississippi River basin are contributing to how nutrients flow through the river system.

NOAA estimates that the dead zone costs U.S. seafood and tourism industries $82 million a year. For some coastal communities reliant on fishing and aquaculture, algal blooms are already a concern. In the past three weeks, more than 1,700 tons of dead sea life has washed ashore near Tampa—much of western Florida is overwhelmed by a “red tide” of toxic algae overgrowth. It’s unclear whether the nutrient run-off from the Gulf of Mexico’s dead zone is a significant factor, but it certainly isn’t good news.

“Red tides are naturally occurring, but we have the capacity to make them worse,” University of South Florida marine scientist Thomas Frazer told Vox. “Increased nutrient delivery is a global problem and arguably the largest problem affecting water quality around the globe.”

Experts warn that climate change will only make algal blooms more severe and more difficult to predict. Minimizing future dead zones will require collaboration between not only marine and environmental scientists, but farmers and landowners onshore.

“We know that changes on the land lead to positive changes in the water,” said Mike Naig, Iowa’s Secretary of Agriculture and co-chair of the EPA’s Hypoxia Task Force, in NOAA’s statement—“and these investments benefit our local communities and our neighbors downstream.”