Blood isn't the most nutritious meal, but that hasn't stopped vampire bats from drinking up. 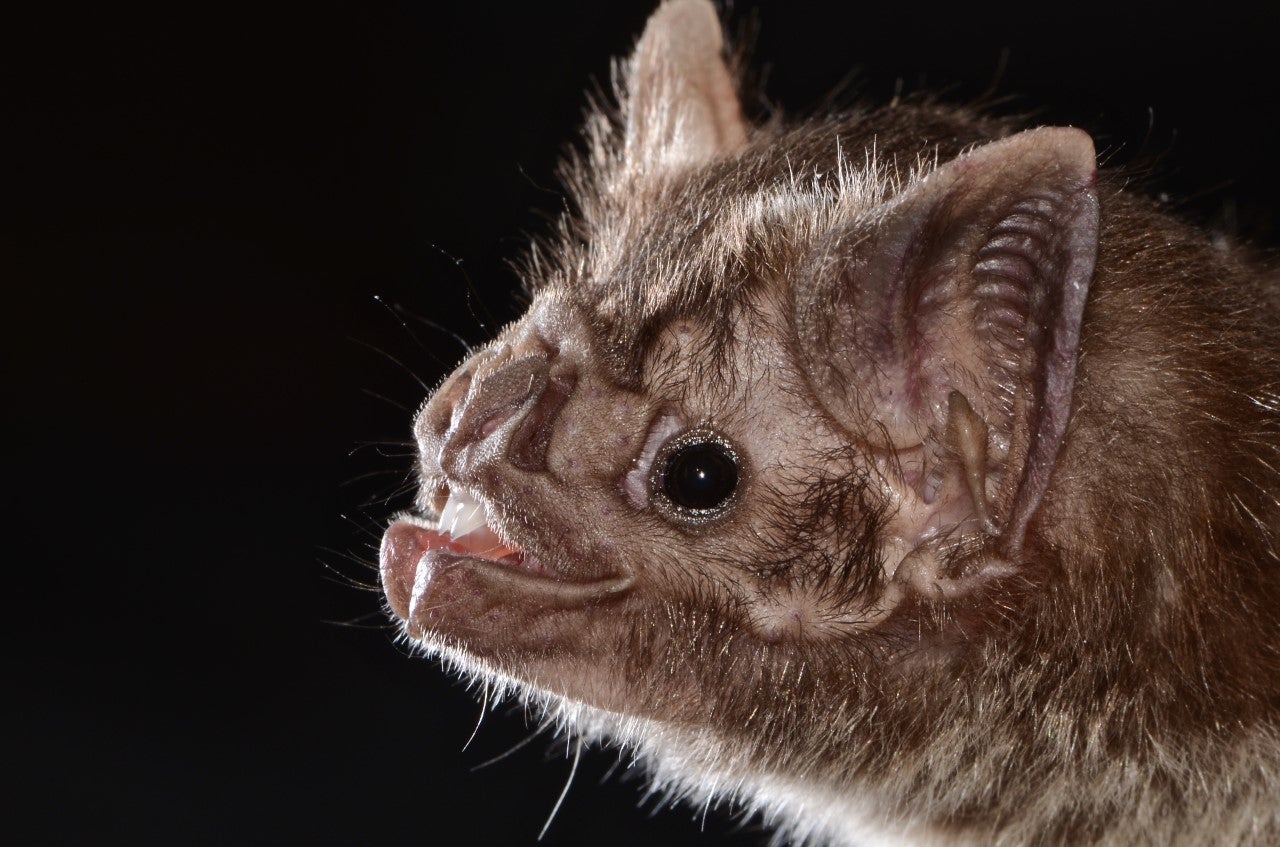 How did these blood drinkers evolve to stomach their meals? A new genetic analysis sheds light. Marco A. R. Mello
SHARE

Vampire bats are pretty unusual creatures, even by bat standards.

They’re the only mammals to dine exclusively on blood, which means their bodies have needed to adapt in many ways to this challenging diet. Vampire bats also boast very advanced social skills, says Michael Hiller, a professor of comparative genomics at the LOEWE Centre for Translational Biodiversity Genomics in Frankfurt, Germany.

Hiller and his collaborators are investigating the genetic changes that have enabled vampire bats to thrive. They analyzed the genomes of common vampire bats and more than two dozen other bats, and have identified 10 genes that are no longer functional in the vampires. Several of these alterations may help the bats cope with the high iron levels in blood and contribute to their impressive cognitive abilities, the team reported on March 25 in Science Advances.

“These gene losses tell us a lot about past natural selection in the vampire bat lineage,” Gerald Carter, a behavioral ecologist at Ohio State University who wasn’t involved in the new research, said in an email. “These traits are not just about how they digest blood. It extends out to how they behave and even how they think.”

Blood is a “suboptimal” food source because it’s nearly 80 percent fluid, while the rest is largely made of protein, with very few fats and sugars, Hiller says. Since blood is so low in calories, vampire bats must slurp down as much as 1.4 times their body weight in a single meal.

Among their other specializations, vampire bats have infrared sensors around their noses, razor-sharp and enamel-less incisors to slice through their unsuspecting dinner’s skin, and anticoagulants in their saliva to keep the blood flowing while they feast. They’re also adept at sneaking up on prey by hopping along on their elbows and can even run and jump. “They have pretty exceptional terrestrial locomotion skills, while in other bats it’s much more limited,” Hiller says.

Because of their low-nutrient diet, vampire bats are very vulnerable to starvation. Sated bats regularly share regurgitated blood with neighbors who failed to obtain their nightly meal. “The decision with whom to share blood is primarily driven by who was helping you out in the past,” Hiller says. This means that vampire bats can recognize their roost mates and remember their past actions. They also form lasting social bonds; Carter and his colleagues have observed that captive bats will stick together even after they’ve been released.

In order to support their sanguivorous lifestyle, Hiller says, vampire bats have likely tweaked their genetic instructions in various ways. His team focused on genes with mutations that destroy their ability to encode working proteins. Often, such genes are inactivated because they’re no longer useful for the animal, while in other cases losing a gene can actually provide a survival advantage.

To understand how these processes might have played out in vampire bats, the researchers sequenced the genome of one of the three known species. They then compared it to published genomes of 26 other bats, searching for genes that were missing in the blood-suckers but present in their closest and more distant relatives.

“We were asking, using this new genome, which genes were specifically inactivated along that branch leading to the common vampire bat,” Hiller says. He and his colleagues pinpointed 13 gene losses in vampire bats that seem to be related to their distinctive traits.

Three had been reported previously and were linked to sweet and bitter taste perception, indicating that vampires have a poor sense of taste. “If you only feed on blood from a live animal, you don’t have to worry about the meaning of new flavors or your food being spoiled,” Carter noted.

Similarly, among the 10 newly-discovered gene losses, Hiller says, “We think the simplest explanation for many of them is likely what people describe as ‘use it or lose it.’”

Vampire bats get barely any sugars and fats from their meals, so several genes involved in processing these nutrients were perhaps no longer needed. Nor was a gene related to stomach acid secretion. “Their stomach has been converted from a digestive organ that secretes acid, like us and other bats, to a distensible storage organ,” Hiller says. Vampires prefer to hunt in the darkest hours of night—they even avoid moonlight—so genes necessary for color vision were probably also rendered obsolete.

Other genes played roles in digesting proteins and combating potentially dangerous microbes, but it’s unclear why they were inactivated. One possibility is that the immune-related gene lost its importance because the pathogens present in blood are so different from those in other tissues of the prey animals’ other tissues, Hiller says.

Most exciting, he says, were two cases where ditching a particular gene seems to have directly helped vampire bats adapt to their “very specific” lifestyle.

Vampire bats consume up to 800 times the amount of iron that humans do, which can have dangerous consequences. However, the researchers identified a gene loss that allows the short-lived intestinal cells to soak up more of the mineral before they’re shed into the gut and pooped out. This could keep the bats’ iron levels in check.

The other inactivated gene codes for an enzyme that normally breaks down a molecule produced from cholesterol. That molecule stimulates parts of the brain involved in learning, memory, and social behavior. In the future, the researchers plan to measure whether losing the enzyme has given common vampire bats elevated levels of the cholesterol-based molecule, which might underlie some of their social habits.

The team has also recently sequenced the genomes of the two remaining vampire bat species and will compare all three sets of genetic instructions in detail. And, while the new findings highlight how gene loss can be an important evolutionary mechanism, Hiller says, it’s not the whole story.

“Gene loss is only one kind of genomic change,” he says. “With the new genomes we have, we would now like to run more comprehensive screens to better understand the underpinnings to these adaptations.”