This ancient bony fish was a sexual pioneer

The first sex on record was a Scottish square dance. 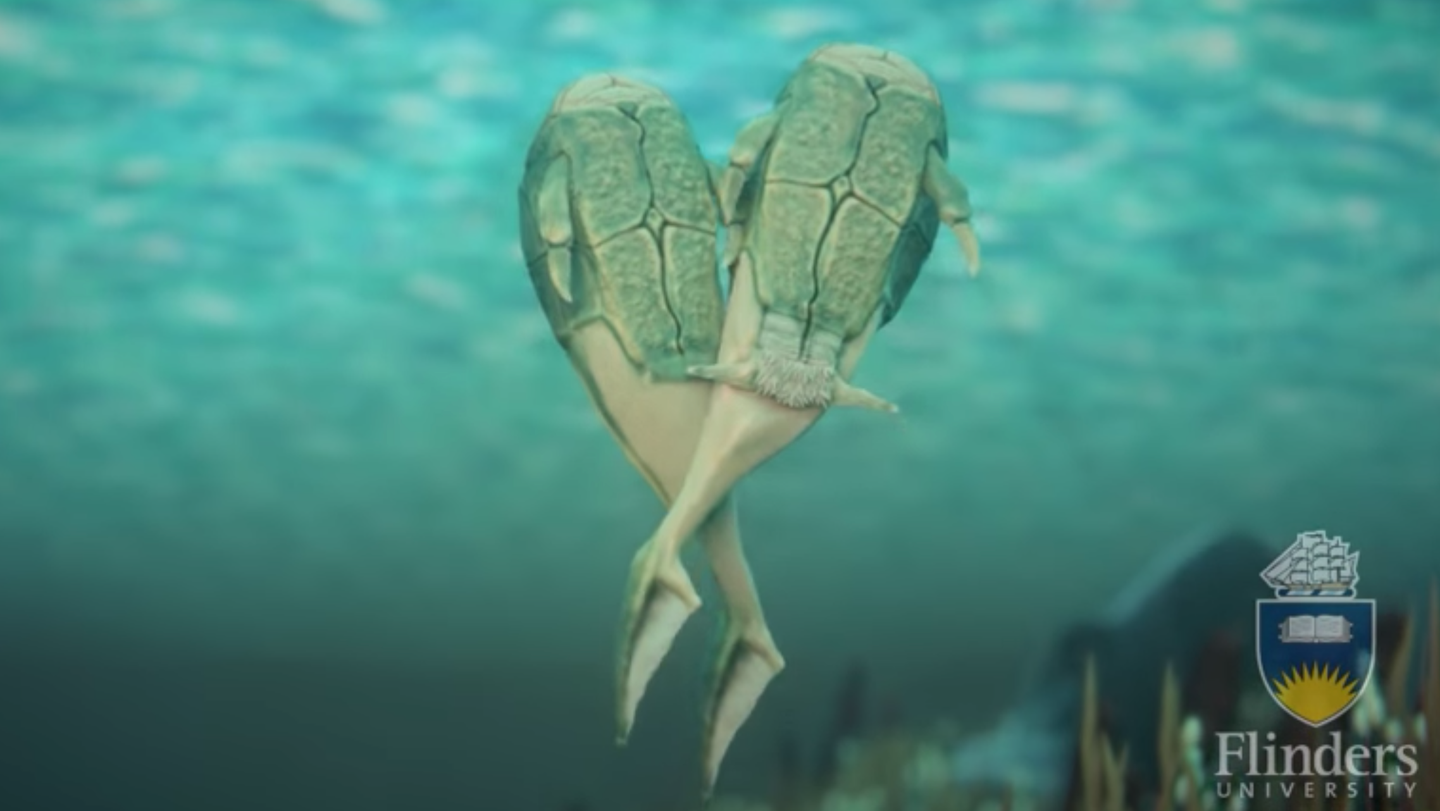 An artist's interpretation of the sexy Scottish square dance (full video below). Flinders University Via Youtube (Embedded Below)
SHARE

Humans may have perfected sex (or at least made the most earnest efforts to try), but we definitely didn’t invent it. So who did? Sexual reproduction is around 2 billion years old, but the way bacteria swap genes isn’t really what we mean when we talk about the birds and the bees, and ancient red algae that relied on ocean currents to sweep their sperm cells to receptive partners doesn’t sound much sexier. (David Attenborough makes a valiant attempt, however.)

The earliest evidence of organisms doing it like they do on the Discovery Channel comes in the form of fossils from some 385 million years ago. Delightfully and totally coincidentally named Microbrachius dicki, these antiarch placoderms—a long-extinct group of armored fish—swam around what are now Scotland and Estonia. This particular species was discovered by geologist Robert Dick in the 19th century, and the genus is so named for the “little arms” of bone found poking from their bodies. But Dick might have been slightly scandalized by the placoderm’s modern claim to fame: In 2014, researchers reported in the journal Nature that specimens of M. dicki showed clear and distinct male and female sex organs.

The male skeletons show protruding, L-shaped tubes of bone similar to cartilaginous “claspers” that modern sharks and rays use to deliver sperm. The female skeletons, conversely, feature pairs of genital plates for the proto-penises to lock into. But with seemingly no flexibility to these external sex organs, M. dicki wouldn’t have boned quite like we do (or even like sharks and rays do) today. Instead, they would have had to ease themselves into place so the fixed angles of their claspers and genital plates matched up.

Talk about sexy dance moves. Here’s an artist’s interpretation of how it all could have gone down:

It wasn’t a straight evolutionary shot from square dancing bony fish to the wonderfully colorful spectrum of sexual activity animals enjoy today. The placoderm’s predilection for copulation was just a bit of brief sexual experimentation; fish would later lose the ability to fertilize eggs internally. Only a few regained the trait in a new fashion further down the evolutionary timeline, setting the stage for sex as we know it to emerge.

But before Tinder and Netflix and chill, there was the humble M. dicki getting it on in the only way it knew how: Awkwardly, and with a lot of bones.