There are likely better ways to reduce congestion 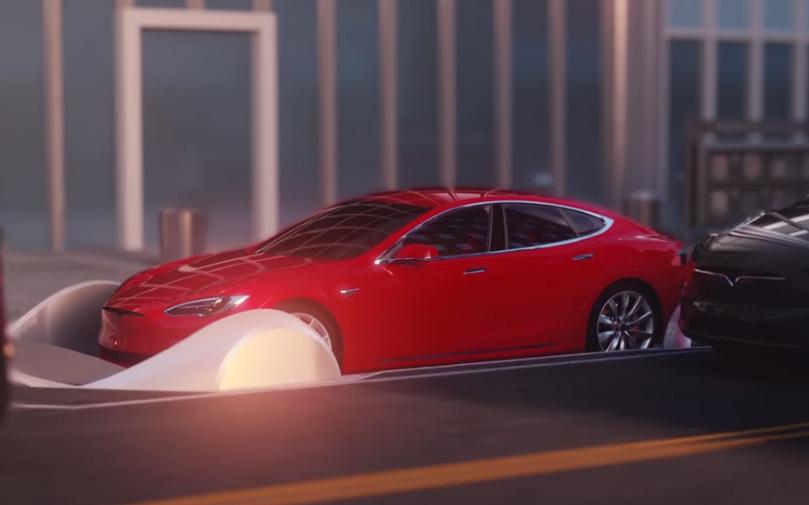 Elon Musk revealed more about his plans for the Boring Company on Friday, showing a video that features a utopian vision in which sleds whisk cars through buried tunnels at speeds of around 124 miles per hour. Designed to alleviate traffic problems in cities like Los Angeles, the concept includes vertical entrance and exit points to a subterranean network. But while the idea seems sexy, experts are skeptical of its feasibility—or even if it’s the right approach to solving the gridlock woes of modern metropolises.

In an interview with Chris Anderson, the head curator of TED, Musk explained that the system would involve “a 3D network of tunnels to alleviate congestion.” But Musk was upfront about the costs of drilling underground: By his estimate, a mile of tunnel can cost about $1 billion. He’d like to drive that cost down by making the tunnels smaller in diameter—they would just need to be about 12 feet wide in order to fit the vehicle and the skate it would ride on. He’d like to further lower costs by having the boring machines that will dig the passages operate at a higher capacity, as well as reinforce the walls as they dig.

A key premise of Musk’s proposal is that the tunnel network could exist on multiple layers, adding extra capacity to the system. It could even integrate tubes for his Hyperloop trains.

“I think it’s wonderful if he can improve on the tunnel boring machines we have,” says Sam Schwartz, a former traffic commissioner for New York City and an expert on urban infrastructure and transportation. “But physics and money is just not on his side.”

One problem is that cars would need to line up on surface streets to enter the system, via elevators, according to the concept. But that process wouldn’t happen instantaneously: It would take time for the vehicle to stabilize on the platform and then descend, and once it does, the hole left behind in the street “would need to be protected,” Schwartz says. (Read: An open shaft in the street is a bad idea.)

Then, after the vehicle completes its high-speed journey, the exit method is also going to take up space on the ground level, and will need to be secured as well, Schwartz says. And of course, the whole project wouldn’t be cheap.

“The cost is astronomical to build these kinds of tunnels,” Schwartz says. “Let him turn his attention to public transportation, and let’s have more tunnels around L.A. for the high speed subways.” (Schwartz is no stranger to traffic problems: he’s credited with birthing the term “gridlock.”)

Michael Manville, an assistant professor of urban planning at UCLA Luskin School of Public Affairs, also doesn’t think the concept represents a roadmap for cities to follow to alleviate congestion.

“Politically, we can barely build a subway tunnel,” Manville says. “The Beverly Hills school district has pursued a decades-long regulatory and legal campaign against just running a single tunnel under their property to expand L.A.’s subway.” Los Angeles is not the only city with that problem.

Then, there are the logistics of Musk’s plan. Even if tunneling technology could be improved dramatically, “we probably wouldn’t have this system for a very long time,” Manville says.

But ultimately, the solution to congestion doesn’t involve a technological moonshot, according to Manville. It hinges on charging people, in the right way, to use the roads. He argues that dynamic tolling would do the trick: In such a system, the most-congested roads become more expensive when everyone wants to use them. That idea is good, he says, because the problem cities tend to face is not that they don’t have enough roads, but that some of the byways are crowded at certain times, but not all the time.

The dynamic pricing approach to roads is “complementary with public transportation” because people can opt for the train or bus, he says, but also works because it could encourage people to avoid using a route when it’s most expensive and in-demand. Or, of course, they could carpool.