It will be the first private spacecraft to return to orbit after it's already been there before. 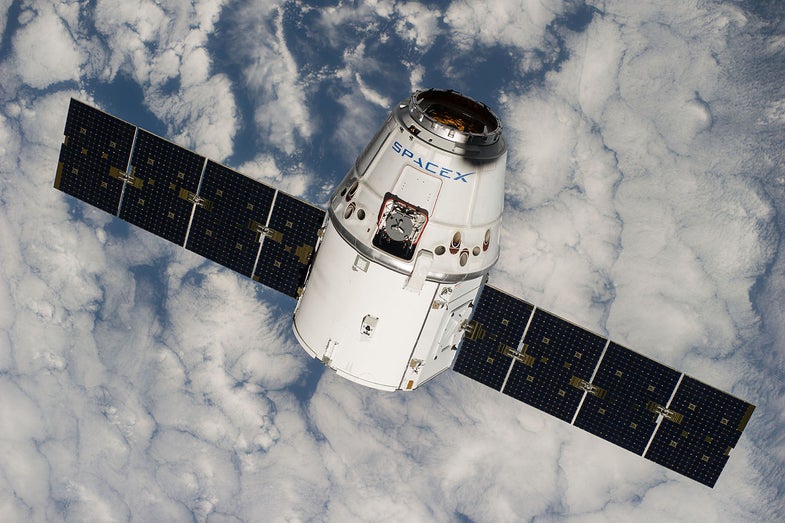 This Dragon capsule, which flew to the International Space Station in September 2014, is slated to launch again this week. If all goes well, it'll become the first commercial spacecraft to make a return trip into orbit. NASA
SHARE

If we ever want to open up spaceflight for everyone, we have to stop throwing away our rockets after every launch. Reusability is the name of the game in modern rocketry, and it should bring down costs considerably.

SpaceX has already managed to re-fly its Falcon 9 rocket booster, and now the company will try reusing the spacecraft that rides in the tip of the rocket. The Dragon capsule slated to fly on June 1 will be the very first private spacecraft to return to orbit after it’s already been there before.

You can check out the livestream of the launch here:

The launch is slated for takeoff at 5:55 p.m. Eastern, and so far the weather looks promising. But if there are any problems and the launch gets scrubbed, SpaceX can try again on Saturday at 5:07 p.m.

This particular Dragon carried a load of supplies and science equipment to the International Space Station in September 2014, and if all goes well, it will ferry a new batch of stuff to the station on Thursday. As Ars Technica‘s Eric Burger points out, returning to the orbital laboratory will put the Dragon in a special class of vehicles.

Eventually, SpaceX CEO Elon Musk wants to be able to reuse all of his company’s rocket components. If he really wants to cut costs, he’ll also have to work on refurbishing them and putting them back into use more quickly.