Behind the scenes of the most beautiful botanical sketches 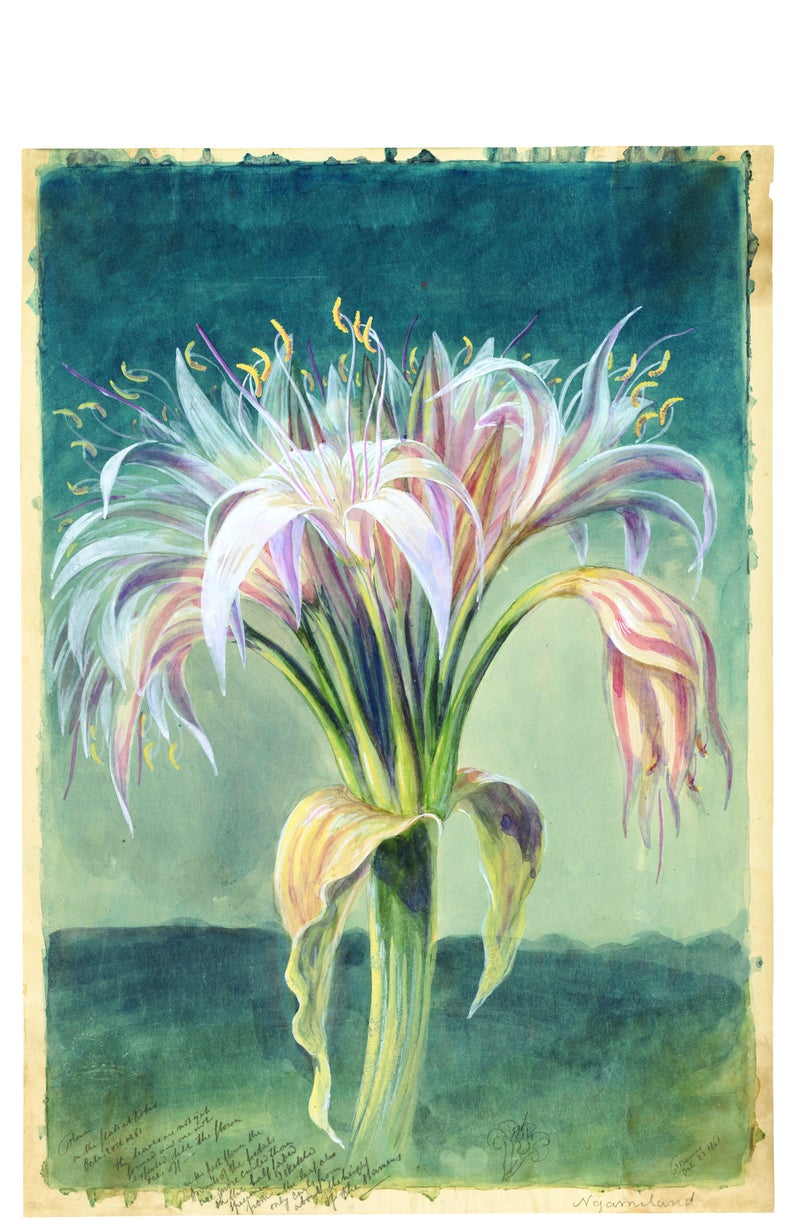 Thomas Baines, sketches, watercolour, watercolor. © The Board of Trustees of the Royal Botanic Gardens, Kew, from Botanical Sketchbooks (c) 2017 Thanks & Hudson Ltd, London, published in the USA by Princeton Architectural Press.
SHARE

From Botanical Sketchbooks by Helen and William Bynum, published in the United States by Princeton Architectural Press. Reprinted with permission from the publisher. Click arrows in the top right of the image to enlarge.

An effective sketch can consist of simply a few minimalist pencil marks, or perhaps a more deliberate pen and ink drawing, in sepia or bold Indian ink. English-speakers only began ‘sketching’ officially in the late 17th century, at least that’s when the word ‘sketch’ (from German skizze or Dutch schets) enters the English language. German skizze, from the early 17th century, captured the sound of the Italian schizzo, meaning quickly splattering or splashing. It seems to express the dynamism and immediacy of many of the sketches seen here. French had its esquisse and Spanish esquicio, going all the way back to the Latin schedius. The popularity of the act was in part dependent on the availability of the materials. Drawing became much more widespread, indeed a recognized activity in itself, as paper became cheaper and more plentiful in 15th-century Europe. Sketches became a way of accumulating and storing visual information.

Colour added complexity: washes, watercolours, opaque body colours, perhaps small-scale studies in oil. The printmaker and artist Martin Schongauer created one of the earliest recognized botanical sketches with his study of three peonies in the early 1470s. Crucially, these were drawn direct for life not from memory or copied from elsewhere, and were reproduced in his Madonna of the Rose Garden of 1473. Because the boundaries between a hasty drawing, a pondered study (such as Schongauer’s) and an almost finished picture are matters of degree, we have cast the net widely and brought together a varied and fascinating range of styles materials and purposes. Formal botanical art can be constrained by convention—both artistic and scientific—while sketches give the artist freedom to explore and express ideas. A leaf rubbing and sketch of Cordia nodosa fruit. The artist and biology teacher, Violet Emily Graham (1911-1991) noted the hollow in the stem which houses Azteca ants that protect the plant from herbivores.

Vanda coerulea, the famous ‘blue orchid’ introduced to the orcid market in the mid-19th century. John Day bought this specimen in June 1880 and painted its delicate and unusual blueness 18 December that year.

A magnificent Crinum cassicaule painted by Thomas Baines (1820-1875), an artist who explored rather than an explorer who drew.

William Burchell’s (1781-1863) sketches were eclectic, including plant and nature studies and landscapes. Here are ‘A group of plantains from nature’ a spider and a hermit crab.

John Champion (1815-1854) consistently sent home news of plants he thought might be new to western science, with detailed drawings and copious notes on flimsy writing paper. Here is Aeschynanthus ceylanicus a trailing epipyte, from his botanizing in Sri Lanka. Pea from an Eyptian mummy

Mary Anne Stebbing (1845-1927) was from a family described as a ‘very nest of naturalists’. Here are Stebbing’s drawings from friends’ gardens. ‘A pea from a mummy from Egypt?’ (left) and Fuschia ‘Daniel Lambert’ (right).

Excerpted from Botanical Sketchbooks by Helen and William Bynum, published in the USA by Princeton Architectural Press. Reprinted with permission by the publisher.