But, sorry, it's still more likely that SpaceX messed up 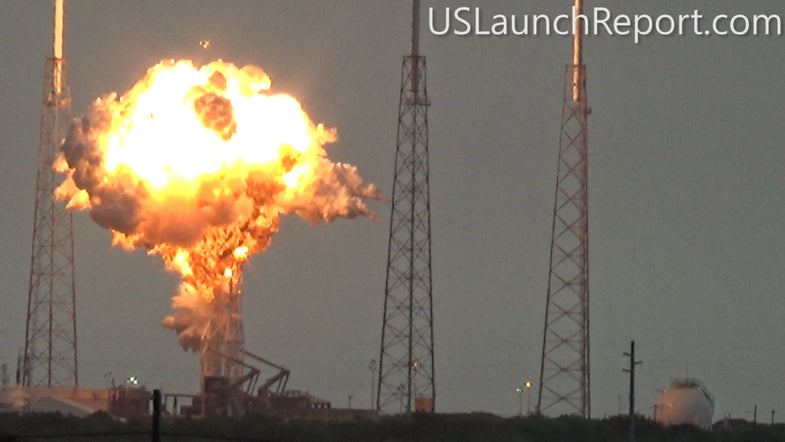 A few weeks ago, after SpaceX’s rocket blew up while it was being fueled for a test fire, the company deduced that a breach in a high-pressure helium system was to blame. But the company is still trying to figure out where that breach came from. And they’re looking into the Scooby Doo-like possibility of sabotage, the Washington Post reports.

“We’ve eliminated all of the obvious possibilities for what occurred there,” Musk said during a conference in Mexico last week. “So what remains are the less probable answers.”

After reviewing footage of the explosion, WaPo reports that SpaceX noticed an “odd shadow, then a white spot” on the roof of a nearby building owned by United Launch Alliance, an old-school rocket-launching company that competes with SpaceX on military contracts. The building has a clear line of sight to the launchpad where SpaceX’s rocket exploded, WaPo notes.

However, a shadow isn’t a lot to go on, and although ULA didn’t let SpaceX upstairs to investigate, ULA says it didn’t see anything unusual up there. Maybe it was a ghost?

Previously, Musk mentioned the investigation was particularly focused on “trying to understand the quieter bang sound a few seconds before the fireball goes off.”

Admittedly, ULA can’t compete with SpaceX on price, so anything that makes SpaceX look less reliable is a boon to ULA. But while hints of sabotage are salacious, it’s best to save speculations for mystery novels. It would be insanely foolish of ULA, Blue Origin, or any other rocket company to try to pull something like this.

It’s a lot more likely that SpaceX, or somebody else along the production line, f’ed up. Because rocket science is, well, rocket science. There’s a lot of moving parts operating at extremely high temperature and pressures, and a lot of things can go wrong. And as Fortune points out, SpaceX has plenty to gain from the theory of an external cause.

SpaceX, for its part, says that it’s just trying to cover all the bases in the investigation.

So, the investigation continues.