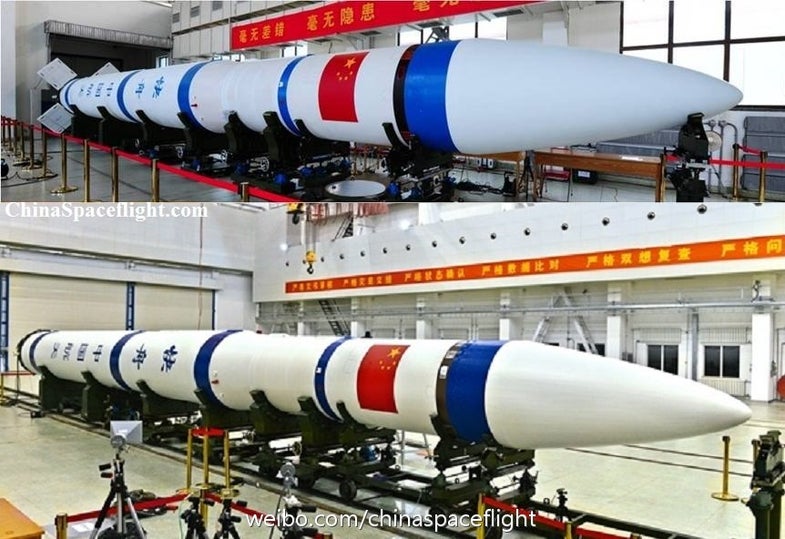 Kuaizhou, the smaller of Expace rockets, can carry a 200 kg payload to sun-synchronous orbit, making it ideal for launching clusters of microsatellites such as Cubesats. xyz at China Defense Forum
SHARE 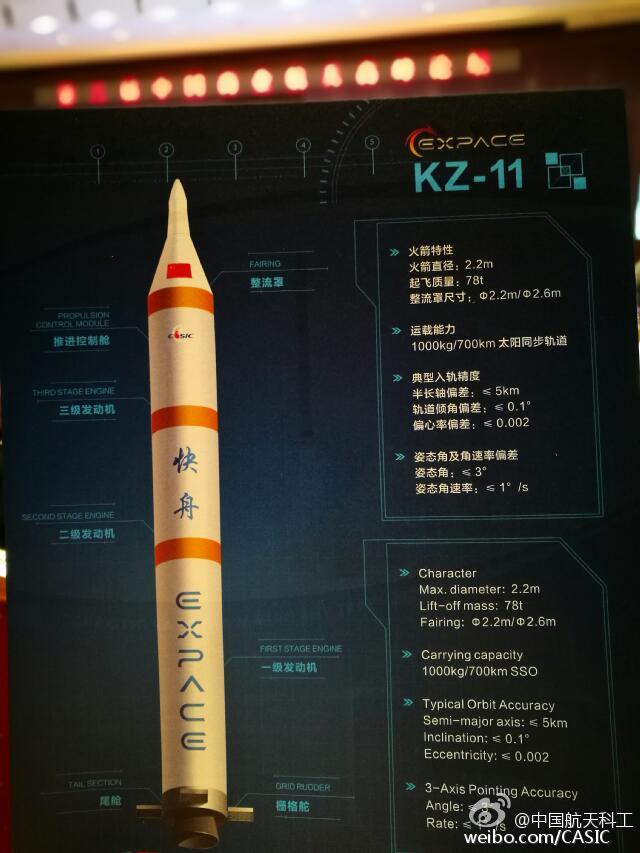 Kuazhiou 11, the larger of Expace’s launch rockets, is geared towards launch demand for cheaper, smaller satellite constellations. While the first customers are Chinese, foreign customers are eventually likely to sign up for cheap prices and fast turnaround.

In the US, much of the recent media attention to space travel is centered on the activities of flamboyant billionaires and private companies. Left out, though, is the fact that, like in much of the rest of global business, a new generation of Chinese commercial and tourist space endeavors are looking to compete as well. 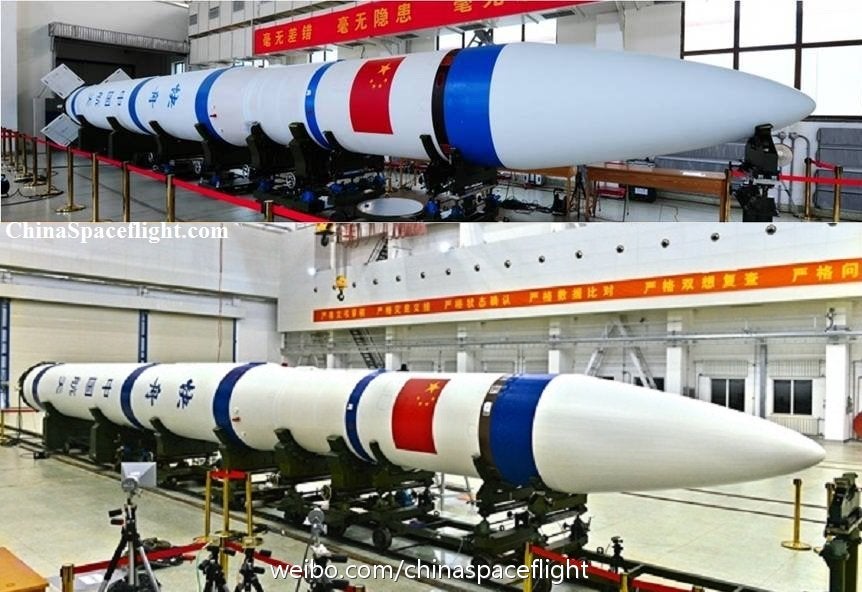 One of the more intriguing of China’s emerging commercial space launch companies is Expace. Founded in February, the firm will be the lead tenant of China’s first commercial space industrial park in Wuhan, China. It has already signed up over 10 launches for its solid fueled Kuaizhou Rockets. Zhang Di, Expace’s chairman, is also a Deputy Director of the Fourth Academy of the China Aerospace Science and Industry Corporation (CASIC), which makes the Kuaizhou rockets.

The Kuaizhou, which is derived from the launch vehicle for Chinese anti-satellite weapons and midcourse missile defense interceptors, is a solid-fueled, 2 diameter rocket; the latest KZ-11 can loft a 1.5 ton payload to low Earth orbit at a launch cost of $10,000 per kg. Expace’s target market is to launch small satellites for domestic and foreign customers; the solid fuel of the KZ-11 also means that compared to liquid fueled rockets, it can be launched on demand. 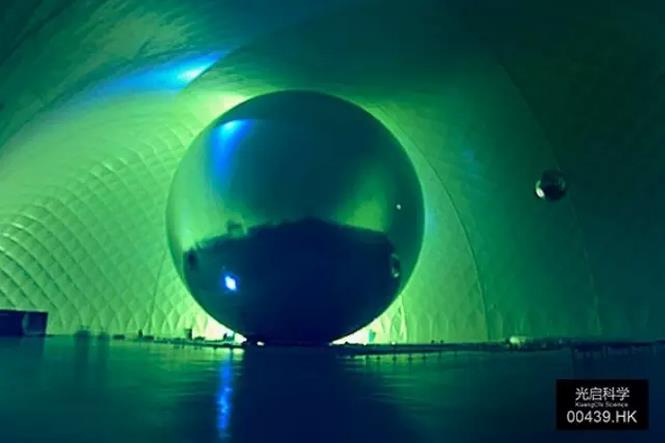 As a part of its $1.5 billion investment in futuristic tourism and a space theme park, the Kuang Chi Group is looking to give tourists the high life; a 3-hour flight in a “Cloud” high altitude balloon that starts at the exo-atmopshere, 24 kilometers above the ground. The tourists will be seated in a space capsule inspired “Traveler” cabin, which dangles daringly out from under the airship. The Kuang Chi Cloud balloon could be related to China’s giant high altitude Yuanmeng airship, which first flew in October 2015. Both the Yuanmeng and Cloud have more serious applications as well. They can take on roles like persistent wide area sensor coverage for missions from natural disaster relief to missile defense; the high altitude of these airships could also make them communications nodes in case satellite networks fail. 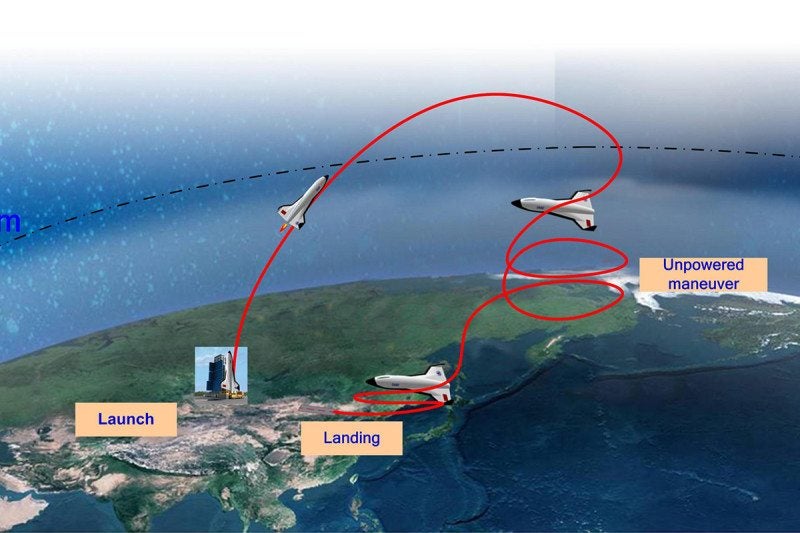 China’s spaceplanes (built by the Chinese Academy of Launch Technology) will takeoff like space launch rockets from a launch center, glide into space above the Karman line (100 km) and then circle back down for landing.

The China Academy of Launch Vehicle Technologies (CALT), another Chinese aerospace research giant that strides between the public and private sector, unveiled plans of the world’s largest (albeit suborbital) single stage spaceplane at the International Aeronautical Congress in Guadalajara, Mexico, on September 30th. Both spaceplanes will take off vertically; the smaller 10 ton spaceplane is designed to carry four persons and fly at Mach 6 to 100 km in altitude, and the 100 ton, 20 passenger variant would fly at Mach 8 to 130 km altitude. The smaller spaceplane is likely to be a technology demonstrator and the larger one will initially carry only cargo on its first flights. Interestingly, the spaceplanes will have liquid oxygen and liquid methane engines; both the Space X Raptor and Blue Origin BE-4 engines also burn liquid oxygen and liquid methane. CALT hopes to fly each spaceplane 50 times before sending it back for a factory overhaul. 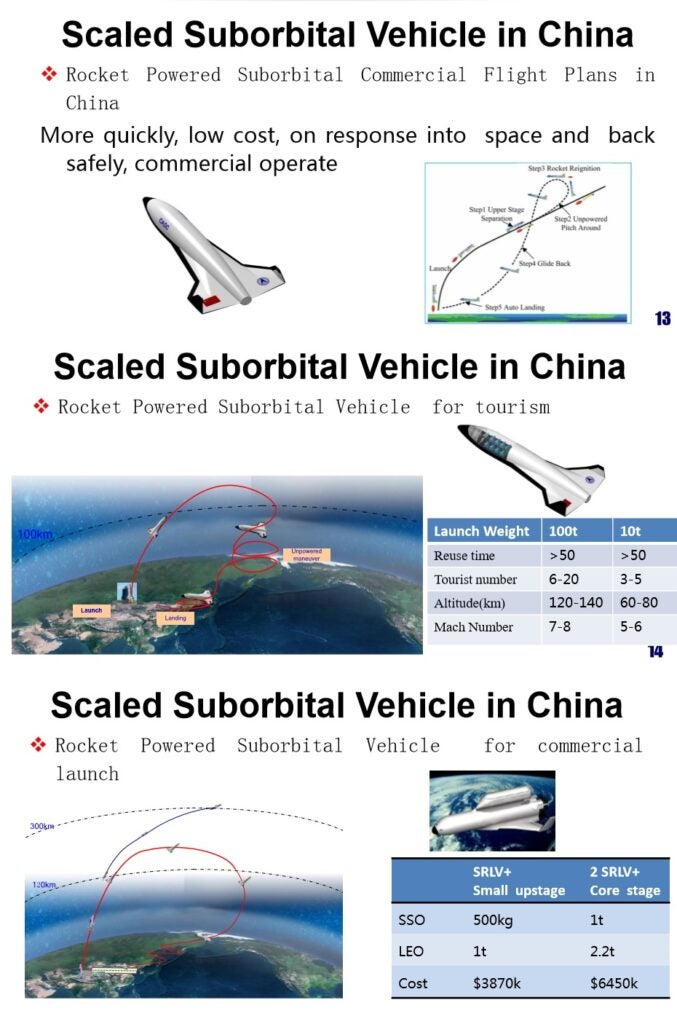 The large Chinese spaceplane is designed to be used to launch orbital payloads; it will carry a strap-on, second stage rocket past the Karman line (100km altitude). This will separate and place the 1-2 ton satellite in orbit. (The American DARPA XS-1 uses a similar design.) While building a 100 ton spaceplane, and at least flying a smaller technology demonstrator in 2020 is an ambitious time schedule for anyone, the technology has been proved by other countries. For instance, Blue Origin’s New Shepard (though a reusable rocket rather than spaceplane) weighs 75 tons and can also breach the Karman line. The CALT spaceplanes could also demonstrate the success of technologies such as thermal shielding and landing guidance avionics that would pave the way for other Chinese spaceplanes, like the orbital “hybrid” spaceplane set to fly in the mid 2020s.