My god, it's full of street lamps 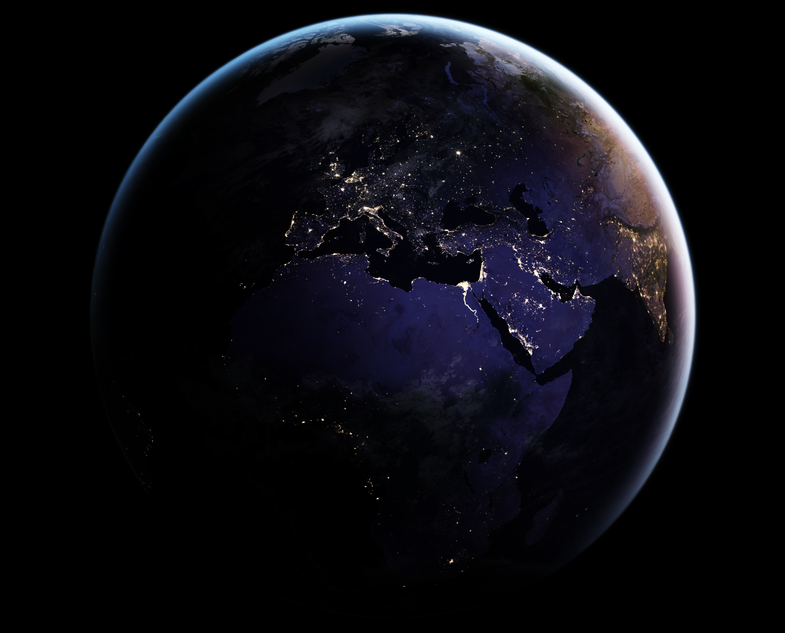 We all like looking at pretty pictures of the Earth from space. Well, so does NASA—but for different reasons. NASA and its partner-in-crime, NOAA (the National Oceanic and Atmospheric Administration) have been taking pictures of our globe from satellites for years now to better understand things like weather patterns and large-scale human impacts. They’ve mostly been taking those images during the day, simply because it’s easier to get high quality pictures when there’s plenty of light. But human impacts don’t go away at night. Weather continues to develop, icebergs shift, and let’s not even get started on light pollution. The Earth at night actually offers a glimpse into a lot of crucial processes, including how humans are spreading.

That’s why NASA and NOAA teamed up to make the Visible Infrared Imaging Radiometer Suite (VIIRS) onboard the Suomi NPP satellite. VIIRS can detect light coming from a single ship in the middle of the Pacific Ocean or a lone highway lamp in rural North Dakota. That’s way better resolution that VIIRS’ predecessor. And we can get the images much sooner, so researchers will be able to look at nighttime views every day to monitor the weather or illegal fishing or oil drilling, all of which the VIIRS can keep a close eye on.

So settle in—we’re finally getting to the pictures. Here we go:

Chicago doesn’t have quite so much development, but if you keep your eye on the western side you can see where a stretch of the highway was expanded and a straight row of lights appears. Now you see it:

You can see almost the entire eastern coastline of the United States because of all the major population hubs along the Atlantic. And you can see the vast swath in the middle where states become more rural (though bright lights from mining operations still shine brightly out there).

The entire Nile River shines, since there’s a huge population density there compared to the surrounding arid land.

All the small towns dotting the Mediterranean coast make the entire outline clear.

Really all of Europe looks like that, except for Scandinavia. If you look closely you can see the glow off of snow and glaciers in Norway, since the white coating reflects light so well.

Over a third of the world’s population lives in India and China—here you can see both countries just hours before daybreak.