This is how a star-enveloping solar power plant might work

The anatomy of a Dyson Sphere. 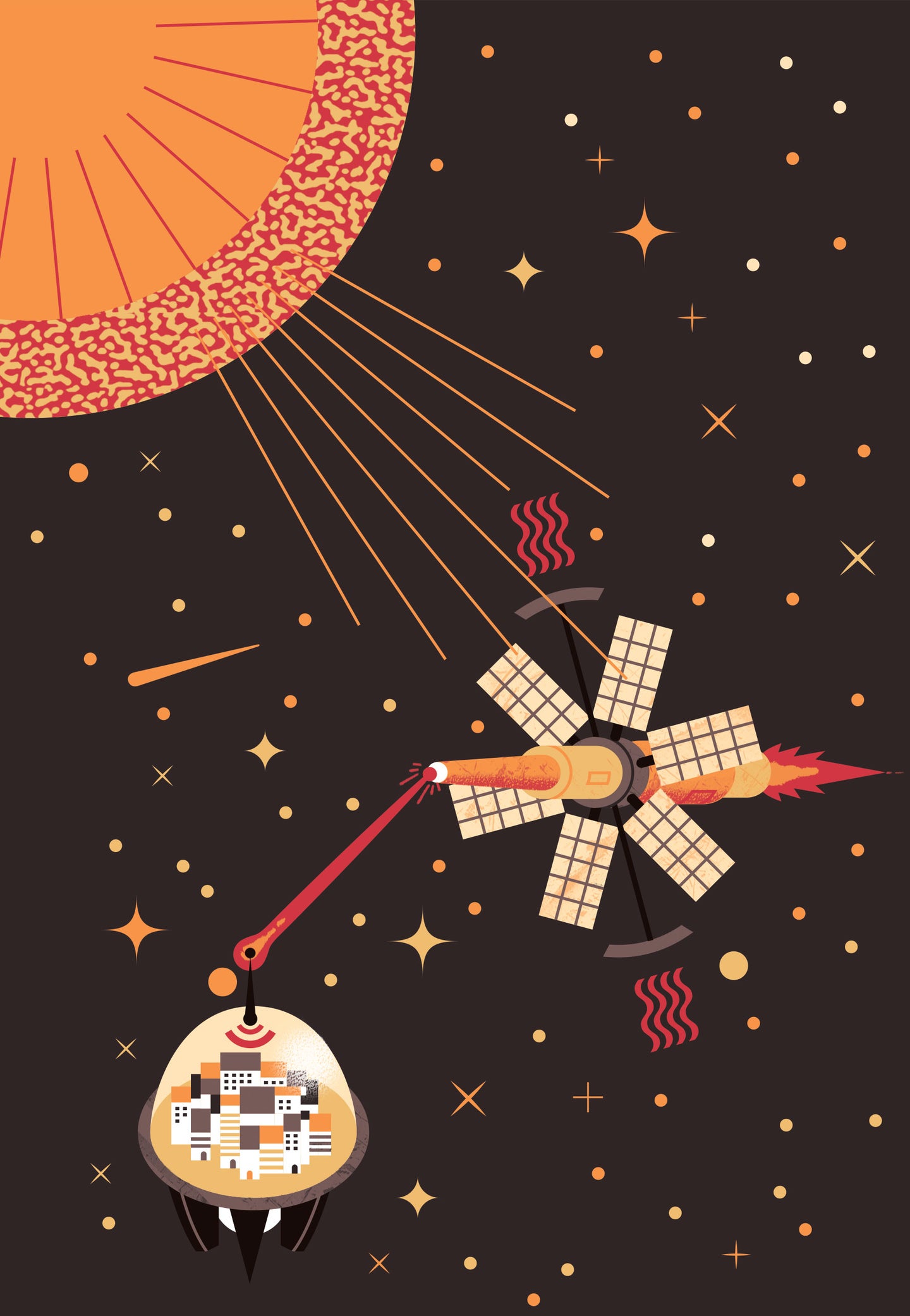 By 3100 A.D., Earth’s skyrocketing population might require so much energy—to run our virtual-reality consoles, jetpacks, and Hyperloops—that our power plants won’t be able to keep up. Physicist ­Freeman Dyson proposed a solution to just that sort of crisis in 1960: a machine that encircles a star in a shell of solar collectors to harness its energy output. In our solar system, such a sphere could surround the sun at 93 million miles to collect 400 septillion watts per second, trillions of times more energy than the world uses now. The catch is that there are no materials strong enough to craft a solid mega-structure that big. We could, however, deploy tens of thousands of solar panels—a ­Dyson swarm—to harvest that same ­energy.

Arrays of solar panels orbiting the sun convert its light into electricity. Raw materials for the panels come from dismantling asteroids or entire planets—no problem for a technologically advanced, energy-gluttonous species.

The sun is hot. To avoid melting, radiators emit excess heat off the back of the array. Dyson believed searching for heat signatures around distant stars could help us locate alien civilizations—assuming, of course, that they employ this technology.

As photons hit the solar collectors, they nudge them backward little by little. Thrusters on the panels will occasionally fire to keep the arrays in position—and to avoid colliding with other members of the swarm.

Lasers or microwave beams will send power where it’s most needed—to robotic mining operations, space stations, or human settlements. Precision is key; the total energy gathered by the swarm could sustain a laser capable of vaporizing a planet.

Beaming energy over shorter distances—like to a nearby space habitat—is most efficient. Which is a good thing because we’ll need somewhere to live after we deplete our planet’s resources to build our Dyson swarm.

This article was originally published in the May/June 2017 issue of Popular Science, under the title “anatomy of a Dyson sphere.”