Should we be worried about SpaceX’s plan to fuel the Falcon 9 with astronauts on board?

The September 1 explosion has raised concerns 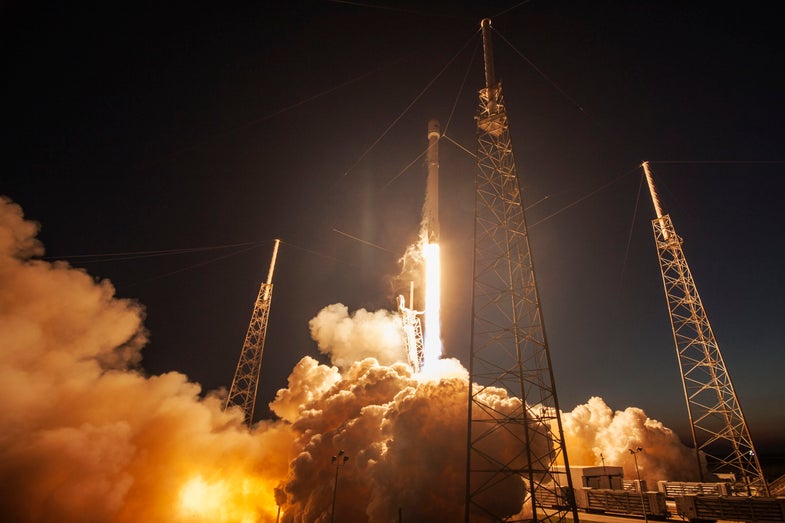 On September 1, SpaceX’s Falcon 9 rocket exploded while it was being fueled up for a test fire, engulfing the launch pad, the rocket, and its payload in flames. The disaster has raised some serious concerns about the company’s plan to have future travelers to the International Space Station climb aboard the rocket before it’s fueled and wait there while its tanks are being filled.

“There is a unanimous, and strong, feeling by the committee that scheduling the crew to be on board the Dragon spacecraft prior to loading oxidizer into the rocket is contrary to booster safety criteria that have been in place for over 50 years, both in this country and internationally,” he wrote.

So why would SpaceX want to board astronauts it this way, what are the risks, and is there any way to mitigate those risks?

SpaceX has identified super-cooled oxygen as the culprit behind the September 1 explosion.

The Falcon 9 relies on extremely cold liquid oxygen to burn its kerosene fuel. The oxygen’s coldness makes the gas condense into a liquid so that more oxygen can fit into the fuel tanks. Chilling it even further increases the density still more, and SpaceX’s super-chilling is one of the factors that gives the current Falcon 9 version 30 percent more thrust than its predecessor. That extra thrust means the rocket can carry bigger payloads into space or save some of its fuel for landing safely afterward.

A clip of the video captured by U.S. Launch Report.

However, the super-chilled oxygen is also causing some problems. The September 1 explosion appears to have been caused by a chunk of oxygen so cold that it actually froze into a solid, then combusted with a carbon fiber tank inside the rocket.

Super-chilled oxygen is also the reason SpaceX wants to load astronauts into the Dragon capsule before fueling up the rocket. To keep the oxygen as cold as possible, the company wants to minimize the time it’s sitting there inside the rocket’s tanks. This means putting the payload (or, in late 2017 or 2018, astronauts) on first, and filling up the tanks as close to launch time as possible.

Is SpaceX’s procedure really so uncommon?

Stafford’s letter notes that boarding procedures that would put the astronauts on first haven’t been used in the past 50 years. However, it’s not completely unprecedented. John Glenn, the first astronaut to orbit the Earth in 1962, climbed aboard the Mercury spacecraft before the rocket was fueled.

And even though the rocket that took the space shuttle into orbit was fueled before astronauts began the 1- to 2-hour boarding procedure, the oxygen tanks had to be continually topped off as the oxygen warmed and boiled off. SpaceX argues that’s technically a fueling procedure too, and not all that different from its plans to fill the entire tank with the astronauts onboard.

And according to SpaceX’s logic, it could potentially be safer to fuel the rocket closer to liftoff, instead of letting the fueled rocket sit around for four to eight hours before a launch, potentially endangering ground crews.

SpaceX’s first crewed missions aren’t scheduled for takeoff until late 2017 or 2018, and the company says it is working with NASA to refine its plans for the boarding procedure. So it’s possible SpaceX will change its plans and board the astronauts after fueling has completed.

The outcome may depend, at least in part, on what fixes the company makes to prevent the oxygen solidification that caused the September explosion—those plans haven’t been revealed to the public yet.

Ideally, the company would use the same procedure for loading both crewed capsules and uncrewed payloads—consistency is important in rocket science. So if they change the boarding procedure for crewed missions, they would want to change it for all missions.

Had the rocket that exploded been crewed, the crew capsule’s pad abort system might have kicked in to rescue the astronauts on board. The system is designed to jettison the crew capsule away from a rocket that explodes during or just after launch. It seems more likely that, instead of changing its boarding procedures, the company will instead rely on this backup system that’s specifically designed to avoid launch pad tragedies.