It’s not in your head: The weather is weirder, and climate change is the reason why

But don’t point any fingers at one particular flood. Or drought. Or hurricane. Or heatwave. 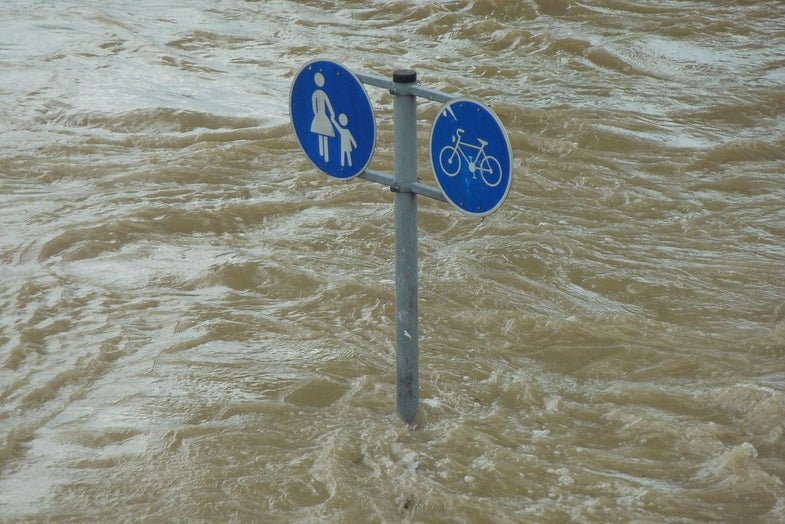 If it seems like you’re reading about devastating floods, droughts, and storms way more often than you used to, it’s because these extreme events are actually happening more frequently.

But this should come as no surprise. Climate scientists predicted that this would happen as more greenhouse gases accumulated in Earth’s atmosphere. Certain extreme weather events have long been anticipated, just like the pronounced warming in the Arctic.

“Climate models have predicted amplified warming at high latitudes and increasing intensity of precipitation and flooding,” says Ken Davis, who studies Earth’s weather and atmosphere at Penn State University. In fact, says Davis, these extreme events have been predicted for decades.

The United States, in particular, has recently experienced superlatively intense rainfall. The reason is simple: Higher temperatures mean that more water evaporates into the atmosphere, resulting in more rain.

But in some cases, more rain means record-breaking catastrophic downpours. The Amite River, which winds by Baton Rouge, La., usually begins flooding when it reaches 29 feet. During intense rains in August 2016, the Amite River rose to 46.2 feet. This smashed the river’s previous record by five feet, and the ensuing floods caused 30,000 people to flee their homes.

And it’s likely that more of these flooding events will make the news in the near future.

Following these floods, the National Oceanic and Atmospheric Agency (NOAA) studied rainfall trends in both the 20th and 21st centuries. The agency found that human-caused climate change resulted in a 40 percent increase in the likelihood that such extreme rainfall events would occur. In a related report, the National Climate Assessment found “that the most extreme precipitation events (those in the 99th percentile of intensity) have increased in every region of the contiguous states since the 1950s.” These events were notable in the Southeast, where their frequency rose by 27 percent, but most striking in the Northeast, where they increased by 71 percent.

While climate change is encouraging more rivers to overflow their banks in Louisiana, it’s drying out the land in California. Blizzards may have recently blanketed the state’s Sierra Nevada mountains in snow, but it will likely take a few strong winters to overcome California’s historic drought—its most extreme in centuries, explains Daniel Horton, who studies climate at Northwestern University.

The link between climate change and Californian drought is clear—higher temperatures are the most widely-recognized result of greenhouse gas accumulation in the atmosphere. And the records show that California is definitely getting warmer, which means less moisture in soil. “In years with little rain,” says Horton, “we would expect a greater risk for drought due to the warming trend.”

So unless things start cooling down, more droughts should be expected—even as parts of the country are increasingly plagued by torrential rain.

But it would wrong to label any particular extreme event as being caused by climate change. Extreme weather happened long before humans started sending plumes of carbon into Earth’s atmosphere, and weather is pretty darn fickle.

“If you look at one storm—like a hurricane—you can’t say that’s due to climate change,” says Steve LaDochy, who studies geoscience at California State University, Los Angeles. “There’s a lot of variability involved,” he says, such as temperature, winds and air pressure.

So while it may be impossible to know if the next hurricane that shreds buildings along the Atlantic coast is specifically caused by climate change, there is one certainty regarding these extreme events: We’ll all be reading about them in the news—and living through them—a lot more often.