Your regular reminder that humans still waste way too much food 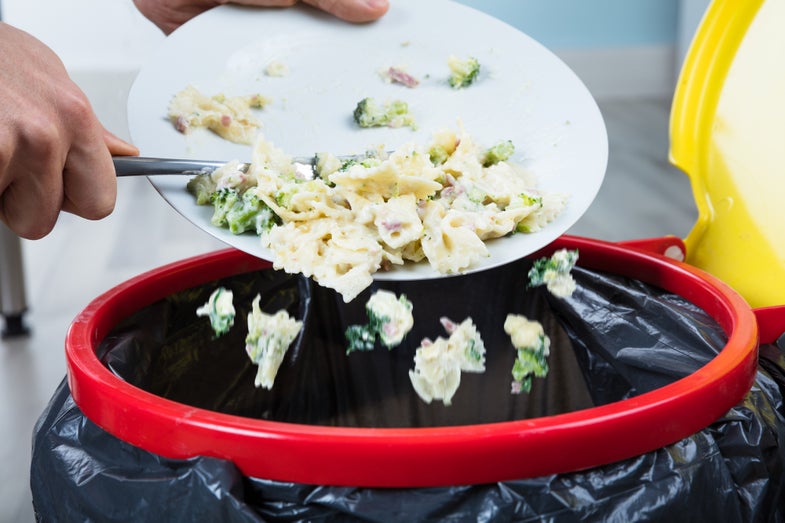 According to a study published recently in Appetite, young adults tend to waste a lot of food—and the reason seems to be that they have no idea they should try not to waste food.

“Many said these things are out of their control,” study co-author Brenna Ellison, associate professor in the Department of Agricultural and Consumer Economics at the University of Illinois, said in a press release. “Some participants said they had not been told they need to care about this. You could tell it is not something that has been ingrained in them through school education the way that things like climate change or recycling have been.”

One word the investigators used repeatedly was “apathy”—the young people they surveyed either didn’t think wasted food was worth caring about or thought they had no control over the problem.

Because the research is based on a very limited data set (just 58 individuals from one Midwestern city), it’s impossible to generalize based on the results. But even if we can’t assume all college-aged folks in the United States follow the same patterns of behavior, the findings are troubling. So if this whole food waste thing is news to you, here’s what you need to know.

How much food do we waste?

Studies suggest that of the many millions of tons produced annually in the United States, we waste between 31 and 40 percent—more than any other country in the world. That averages out to some 1200 calories per person per day, which is enough to feed a small child (a particularly sickening statistic when you remember that 12 million children in the U.S. lack reliable access to food).

Why is it bad to waste food?

While it might be easy to ignore when you’re on a college meal plan, most adults have a financial incentive not to waste food; that’s money you spent on calories you didn’t eat. You won’t get a refund for the food that slides into the garbage instead of your gut.

But that’s not the whole problem.

In the same way you hurt your wallet by throwing away calories that might have fueled you, we all hurt the planet by trashing food that took water and energy to produce. Agriculture (and especially livestock) is responsible for some 70 percent of the planet’s freshwater usage, and produces about 35 percent of all of our greenhouse gas emissions. Every time something edible hits your plate, that’s the result of a staggering number of resources. If we could waste less food, we could also produce less of it—which would mean lower water usage and fewer greenhouse gas emissions.

That’s not the whole problem, either.

Most of America’s wasted food ends up in the garbage, which means it heads into landfills. That might not sound as bad as a heap of plastic, which breaks down into smaller pieces without really degrading—old meats and vegetable peels and pasta sauces just break down and become part of the soil, right? Wrong.

Yes, a single piece of fruit sitting on the forest floor will quickly rot away to nothing, perhaps feeding some opportunistic critters along the way. But that’s not what happens to America’s food waste.

Landfills are giant heaps of all sorts of matter. Surrounded by plastic, metal, and other detritus of modern life, food waste in landfills can’t break down as quickly and cleanly as that lone apple on the forest floor. When lots of food is folded into the mixed-up pile, the resulting rot, deprived of oxygen by the sheer mass of other waste on top of it, produces heat—and sends methane, which is a greenhouse gas much more potent than carbon dioxide, up into the atmosphere.

But isn’t most food waste out of my hands?

It’s true that around half of the country’s food waste happens before anything even hits your plate—farms and factories throw out stuff that won’t meet consumers’ picky demands for perfectly-sized, unblemished fruit. But that’s only half the problem, so shrugging food waste off as an inevitable consequence of our agricultural system is still an awfully irresponsible thing to do.

So what can I do about it?

If, like many of the subjects in the new study, you’re a student doing most of your eating at a cafeteria, you can start with something easy: only take food you’re reasonably sure you want to eat. Several of the survey responders said it was hard not to waste food because the cafeteria offered such a variety of dishes to try, and that school rules or a simple lack of dorm room fridge space made it impossible to cart leftovers back for later. But if you’re tempted by the smorgasbord of dinner options, consider taking tiny portions of everything that interests you before getting seconds of the stuff worth, well, stuffing yourself with. Planning out your trips through the cafeteria buffet will be great practice for when you’ve got to do your own shopping.

If you’re already cooking for yourself, it’s time to start planning your grocery trips and meals carefully. Don’t toss perfectly good food just because there’s a sell-by date stamped on it, and keep your fridge organized so you see and eat perishables long before they rot.

And if you do have to toss something in the trash, consider composting instead. It’s easier than you think, and there’s almost certainly somewhere to drop off food scraps nearby if you can’t handle the composting yourself.