Light pollution is getting worse

We're killing the night, and that's going to kill us. 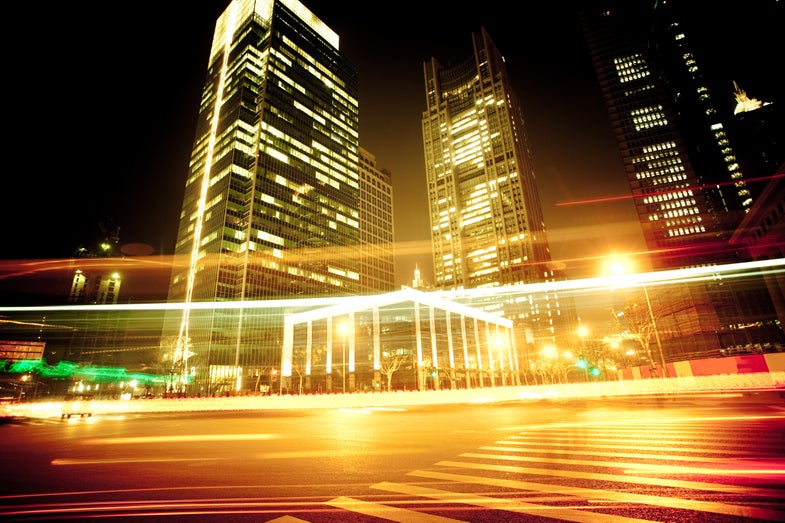 According to a study published last week in Science Advances, the world is getting brighter. And not in a ‘my future’s so bright I gotta wear shades’ kinda way. The future’s so bright that we should probably all be wearing eyeshades to bed, and turning some lights off while we’re at it.

“We’re losing more and more of the night on a planetary scale,” Kip Hodges, a member of Science Advances‘ editorial board, said during a teleconference on the paper. “Earth’s night is getting brighter.”

The data comes from satellite observations made each October from 2012 through 2016. Researchers scanned these sky-by-night shots to see how much artificial light shone through the darkness around the world, and how the brightness changed over time. They report an increase in artificially-lit areas of about 2.2 percent per year. The total radiance growth—the extent to which the brightness of those lights increased—was about the same.

Unsurprisingly, most of the growth came from developing nations. It makes sense that countries beginning to thrive in industry would require additional outdoor lighting as cities start to spring up. In fact, light pollution increase can be tied pretty reliably to a growth in Gross Domestic Product (GDP).

According to previous research, the study notes, humans tend to use about as much artificial light as .07 percent of their country’s GDP will pay for. As GDP surged in countries within South America, Africa, and Asia, so did their use of artificial lighting.

But while developed nations such as the U.S. appeared more stable in satellite images (sometimes even becoming slightly dimmer) there’s still reason to worry. The satellite used in the study can’t actually pick up all visible wavelengths of light. It can see the red, orange, and yellow light of older bulbs, but the blue light of light-emitting diodes (LEDs) doesn’t show up in the picture.

LEDs are wildly more efficient than older sources of light, and last for much longer, so many cities and individuals have made the switch in recent years to cut costs and help the environment. The researchers worry that their results indicate a “rebound effect,” where the increased use of efficient LEDs is being offset by more widespread light pollution in general, often from older, less efficient bulbs. Photos taken from the International Space Station, which pick up all visible wavelengths, show cities shifting from yellow to blue in hue. Meanwhile, urban sprawl is pushing those bright borders out farther and farther.

It might not be as immediately deadly as air pollution, but light pollution can harm many forms of life. For humans, the burgeoning field of chronobiology—the study of how our sleep and wake cycles affect our health—suggests that artificial light, especially of the blue variety, can trigger wakefulness when our bodies should be preparing for a good night’s sleep. Excessive exposure to nighttime light is now linked to everything from cancer to obesity.

“Inside light is just terrible for you,” Susan Golden, director of the University of California at San Diego’s Center for Circadian Biology, told PopSci several months ago. “It is making us all sick.”

To make matters worse, the increasing encroachment of artificial light on the outside world is hurting other organisms, too. Humans are fighting our entire evolutionary history by turning on lights and staring at screens after sunset, but at least most of us can choose to draw the blackout curtains and ban phones from the bedroom. The animals that live in and around our cities don’t have the same luxury, and it’s impossible to know just how badly light pollution might affect them.

But while light pollution might be more insidious than smog, it’s also much easier to fix.

“Usually when we think of how humanity messes with environment, it’s a costly thing to fix or reverse,” Kevin Gaston from the University of Exeter told the BBC. “For light, it’s just a case of directing it where we need it and not wasting it where we don’t.”