Kids can be citizen scientists, too—here’s how 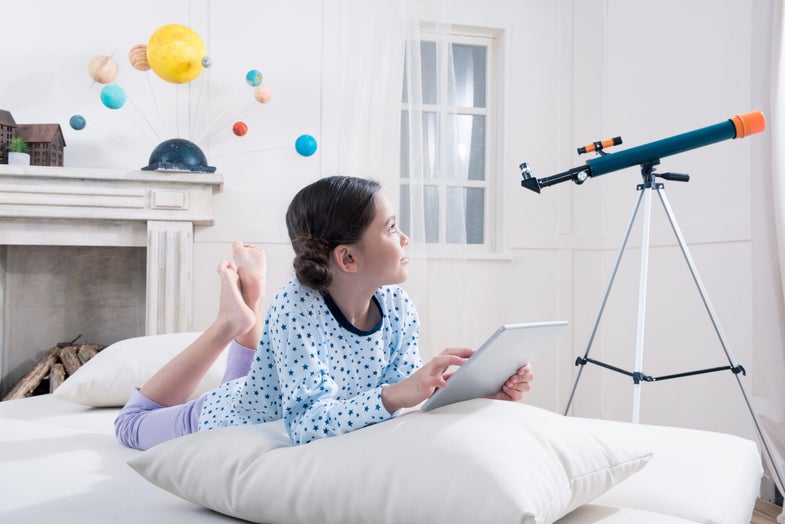 Jennifer Fee remembers well the day the 100 millionth observation rolled in on eBird. It was the summer of 2012, and the birding app had been in use for a decade. In that time, citizen scientists from around the world had submitted 99,999,999 photos, sound clips, and geographic tags for the birds they saw in real life. Those observations had been used by the app’s creators, the Cornell Lab of Ornithology (ornithology means “study of birds”) and the Audubon Society, to guide conservation and inform new research.

When the 100 millionth observation finally arrived, Fee says, everyone thought it would be a big-time birder or well-known scientist making the numerically-noteworthy contribution.

Liron Gertsman of Vancouver, Canada had identified 24 species on a hike that day. His photo of an American Robin made eBird app history. “It was a great day to be in K-12 education,” says Fee, who works with teachers around the country to introduce assignments that focuses on outdoor observations and bring citizen science into the classroom. “That for me really illustrates that there are real people behind this [citizen science movement],” Fee says, “and some of them are youth.”

In the last decade alone, so-called citizen scientists (just regular people with an interest in the natural world) have recorded millions of observations through apps like eBird; collected soil samples for use in research and product development; discovered new pulsars; assisted NASA in its efforts to evaluate the potential of planetary nurseries; identified possible alien megastructures; discovered new species; and much more.

But people are often hesitant to get their citizen science careers started. There’s a whole big world of science to do. How do you even begin?

Citizen science can be an opportunity to dive into a totally new universe. But, Fee says, it can help to follow your primary passions when you’re first starting out. If you love butterflies, find a butterfly-based project. After you get the hang of participating in these scientific endeavors, then you can expand to exploring the cosmos or tracking birds across the continent.

SciStarter is a great first step. The website brings together more than 1,600 research projects in a searchable database. You can look by research topic or ideal age group. If you follow the instructions, it’ll be only a matter of hours before you’re sending helpful new data to professional scientists around the world.

Get your friends involved

There’s a lot to be said for forging ahead into the unknown alone (or, better yet, with a trusted adult!). But Fee says citizen science is often most fun in a group of peers. That’s why she works with teachers across the country to make bird observation part of school science classes. You can organize an outing to a local nature preserve among your own friends, or you can ask your school leaders to consider making these activities part of the educational experience.

Use existing technology to your advantage

Whether you’re really young or really old, it’s likely that without formal scientific training, you won’t always trust your own data. Before he submitted that history-making 100 millionth observation, Gertsman may have asked himself, “Is that really a robin? And how can I tell if it’s an American robin or another thrush?” While skepticism is certainly an important part of the scientific process, it shouldn’t get in your way of participating.

These days, Fee says, there are many apps a budding citizen scientist can use to confirm their suspicions before hitting “submit.” For example, the iNaturalist app, which allows you to record everything in an ecosystem from a Western snakeroot (plant) to a snowy egret (bird), uses a neural network to suggest species you might be seeing.

It might be years before you’re in a lab, working as a professional scientist. But with initiative and a few digital resources, you could start your citizen science career today.