Companies are realizing that renewable energy is good for business 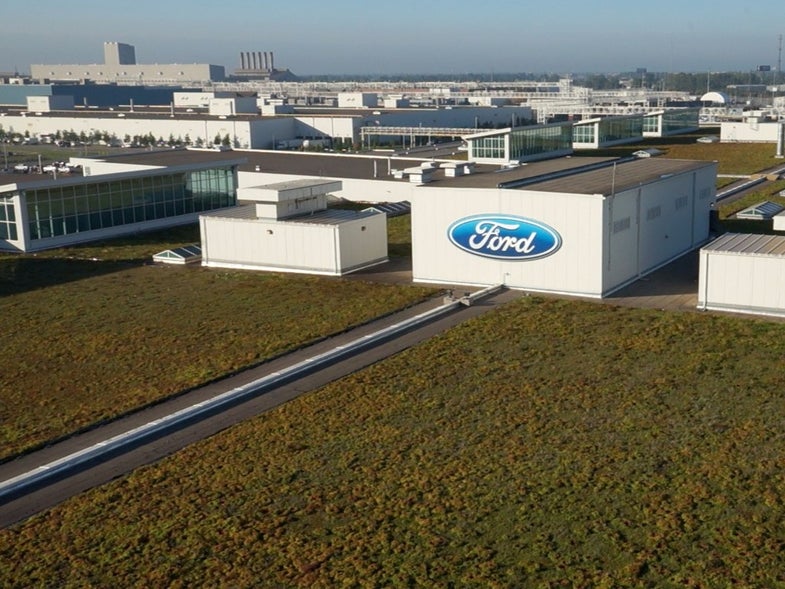 The Ford Rouge Plant in Michigan has a plant-covered roof. Ford
SHARE

The conservative city of Georgetown, Texas, runs on renewable energy. After all, wind and solar power are more predictable and easier to budget than oil and gas. Clean power pushes may be associated with more left-leaning cities, but Republican mayor Dale Ross called the switch to renewables a no-brainer.

On November 14, Joe Brown, editor in chief of Popular Science, and Ali Velshi, anchor at MSNBC, teamed up to discuss why going green is often more than the best ecological decision. It’s often the best business decision, too.

The pair discussed natural disasters, which cost taxpayers billions of dollars. In 2017, at least 15 weather events cost the government more than a billion dollars each. “The most expensive events we have in the U.S. are floods,” says Velshi. The money spent preparing for and preventing these events—by raising houses and bolting bookshelves—pays itself back double, triple, and even quadruple times over. And as scientists continue to find evidence that climate change makes these storms worse, it’s increasingly clear that the mitigation of global warming should be at the top of our list of preventative measures.

But companies and private citizens often fail to prepare properly because the money spent on prevention is private, whereas costs after the fact are often allotted through government organizations like FEMA. Many fail to connect the cost of switching to renewable energy with the eventual savings of avoiding natural disasters. “I think anyone who knows anything about science understands this is a problem,” says Velshi. “But if you don’t live near the coast, it may not register.”

On an even larger scale, the costs of switching to renewable energy are larger up front, though they save money in the future. For example, Denmark struggled to store its wind power in a way that allowed them to save it for times of high electricity demand. Then they encouraged residents to buy electric cars. Now these vehicles act like moving batteries, and people can sell the energy back to the grid when the cars are parked. “They are giving people monetary incentives,” says Brown.

Companies that do right by the climate don’t just make more money over time. They earn customer trust. Brown polled the audience to see who bought Patagonia mountain gear because the company famously practices environmental conscientiousness. Many bought Patagonia clothing for this reason. Ford and Heineken are companies that most people don’t necessarily associate with green practices, but that might soon change. After the last fuel crisis in 2010, Ford created F150s that are lighter and more energy-efficient. The company also hired the architect Bill McDonough to redesign the Ford Rouge Center, a manufacturing facility built on the wetlands of Michigan. Ford wanted to clean up toxic stormwater and expand the plant. Now, the roof is covered with plants that clean rainwater and moderate the temperature of the building.

“It’s not cheaper, but once you get everybody bought in that this is your legacy, these are your children, this is your brand, I’ll think that will be a turning point,” says Velshi.

Still, state and local governments, such as mayor Dale Ross’s municipal government in Georgetown, Texas, have the most power to make long-lasting changes in green energy. They have the power to approve new building projects and hand out permits. Velshi calls for more conversation with civic leaders, in addition to individual conscientiousness. “Go vote,” says Velshi. “We all need to show up.”