A ray of hope in our losing battle against electronic waste. 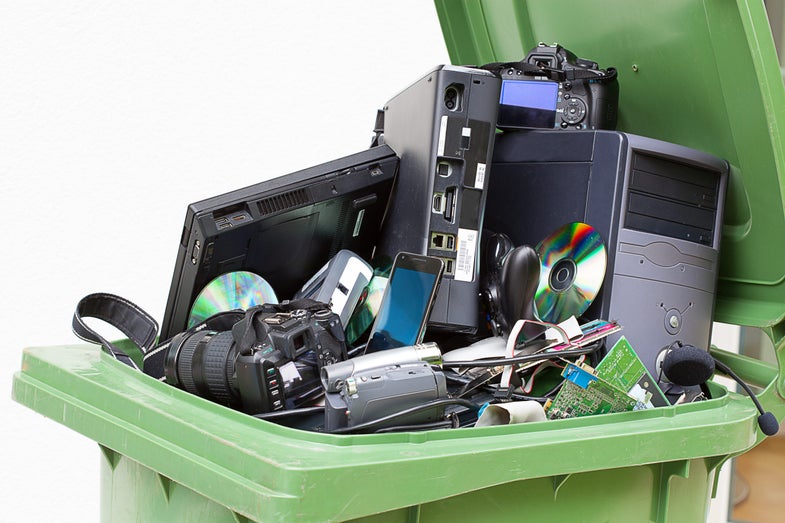 From your water-logged phone to your smashed smart TV, those personal electronics headed for the landfill are a potential goldmine. Or copper mine. Or—some day—a lithium mine.

Economists already knew that along with the swelling 44.7 million metric tons of electronic waste tossed each year we were throwing out billions of dollars in resources. But quantifying all the gold, copper, iron, plastic, and rare earths languishing in our landfills and recycling centers is only part of the problem. Figuring out whether it’s worthwhile, financially speaking, to sift those resources out of the rubble—instead of continuing to extract them from traditional mines—is another issue entirely.

A study published in Environmental Science & Technology this week finally has an answer, suggesting that ‘urban mining’ of electronic waste for copper and gold in China was actually more cost-effective than digging those metals out of the ground.

“Most articles on waste-disposal frame the issue as a moral dilemma: how to enjoy more gadgets without drowning in waste. We reframe the issue in our article is one of economics—how to comprehend that technologies now exist allowing companies to profitably extract valuable material from growing waste streams,” says study co-author John Matthews. In China, he says, this is called the “circular economy.” And he and his colleagues believe it’s the only real solution to the mounting problems posed by e-waste disposal.

Recycling electronics has been an option for some time, but data comparing the cost of a recycled ingot of gold with a mined ingot of gold weren’t available. By looking at information from eight recycling plants in China they found that factoring in subsidies provided by the government, it was about 13 times cheaper to extract metals from waste than to mine them. And even without the subsidies, the ‘urban mining’ stayed more profitable.

Co-author Xianlai Zeng points out that huge amounts of resources have been extracted from underground deposits and made into all kinds of manufactured products above the ground, a process that isn’t sustainable in the long term.

Of course, plenty of challenges remain. For one, it’s not easy to take apart a lot of modern electronics, and breaking them down into their constituent parts can be difficult. Then there’s also the fact that mineral extraction from typical mines is an established part of the supply chain, and entrenched patterns can be hard to break.

“The challenge for widespread adoption of urban mining is overcoming the inertia of existing practices,” Matthews says. “What breaks inertia is incursions by new companies with fresh business plans.”

“Early urban mining is likely to focus on high-value materials like gold and silver as well as copper. Longer term there will be great scope for lithium [from batteries] and rare earths,” Matthews says. “Ultimately we see all e-waste as being subject to urban mining, and all materials utilized in manufacturing of e-products to come from urban mining.”

There are some signs of progress towards that more circular future. Urban mining supplies raw materials for everything from some high-end jewelry designers to additional electronic devices. Europe is assembling a database tracking resources through the entire production cycle. If these green trends catch on in business—and stay cost-effective—there’s a chance we could have our smartphones, and responsibly reuse them too.