The EPA has a new leader, and the outlook for science is not good 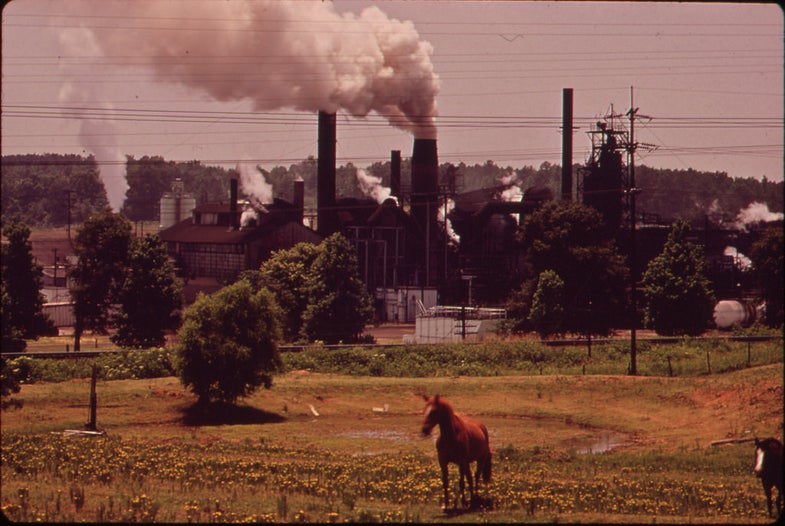 The Environmental Protection Agency officially has a new leader: The Senate confirmed Oklahoma Attorney General Scott Pruitt as head of the EPA on Friday afternoon. As attorney General, Pruitt has sued the EPA 13 times, attacking many of the provisions, such as those around clean air and water, that the EPA is tasked with regulating.

Pruitt’s controversial confirmation comes in the wake of allegations that government science has become too politicized. Members of the 45th administration have argued publicly that the EPA’s work on human-driven climate change is the result of the previous administration’s liberal biases—despite the fact that humanity’s influence on the planet’s ever-changing climate is the consensus supported by nearly all climate scientists.

“The allegation that’s pretty persistent,” said Representative Don Beyer of Alexandria Virginia, “is that the EPA is making bad regulatory decisions based on bad science.”

And Pruitt’s confirmation may not be the only storm the EPA weathers this week. A very brief bill could have huge implications against the allegedly politicized agency.

The bill’s purpose is clear—it seeks to dismantle the EPA, the government agency tasked with protecting the United States Environment and ensuring that our air is breathable and our water is drinkable. What is less clear, however, is why?

In addition to the termination bill, there was a February 7th hearing entitled “Make EPA Great Again. At the beginning of that hearing, the House Science Committee, led by Representative Lamar Smith (who has not answered PopSci’s request for an interview) held up a tabloid article as evidence over peer-reviewed science produced by the agency. He accused agency scientists of falsifying data. Myron Ebell, the former head of President Trump’s EPA transition team, suggested cutting the EPA by two-thirds. And H.R.1030, the Secret Science Reform Act of 2015, would make it nigh impossible for the regulatory agency to regulate.

The bill would require that any regulatory action taken by the agency would be based on the best available science that is publicly available online in a manner that is sufficient for independent analysis and substantial reproduction of research results. On the surface this sounds fine: the basis of sound science is that it’s replicable, meaning that more than one research team has managed to come up with the same results. However, the legislation was created in response to EPA’s regulation of ozone levels, which are based on human health studies. Publicly releasing health records is a violation of the Health Insurance Portability and Accountability (HIPA). Redacting people’s names isn’t enough—if you live in a small community, it is easy to ascertain just who the 6’2”, 65-year old man with blue eyes is. Eliminating that data would influence one’s ability to make data reproducible.

“The secret science bill is intended to be inflammatory,” Beyer said. “The essence of it is if only the American public knew what the statistics were, what the raw data was, they would see how inappropriate the EPA’s regulations were. And of course the EPA has responded to every one of Chairman smith’s subpoenas with mountains of data, but is never enough.” Beyer serves as the Vice-Ranking Member of House Science Committee and showed up to the “Make EPA Great Again hearing” in a red cap with the words “Keep the EPA Great” emblazoned across the front.

Many within the nation’s scientific communities believe that there is a broader push to undermine the use of sound scientific data as a neutral source of information. And there has been no government agency as vilified in this regard as the EPA.

Over the next few weeks, Popular Science will take a deep dive into the EPA—from its origins, to the organization has become so strangely contentious. How is science really being politicized, and what will that mean for the American people? Stay tuned.