Stop pretending that all Americans could ever go vegan

There are more realistic ways to combat climate change. 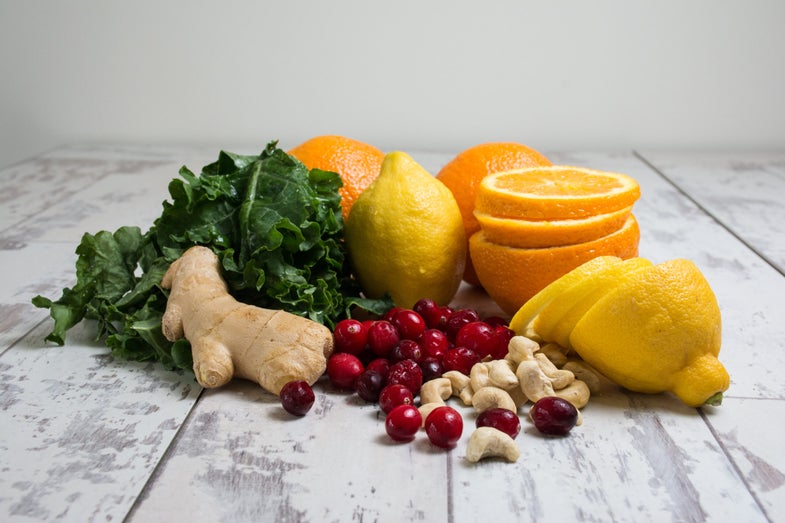 There are five times as many lapsed vegans and vegetarians in the U.S. as there are practicing ones. Five times. Most people—84 percent, to be precise—abandon their attempt at a plant-based diet, and more than half of those lapses occur within a year or less. A third of the quitters don’t make it three months.

Far be it from any of us to judge those people. Going vegetarian is tough, and going vegan is even harder. And it’s a noble effort. The food industry treats animals terribly, and the environment would certainly be better off if we all gave up meat. A recent study in the journal PNAS reiterated that second point. It found that if every American went vegan, we’d reduce our annual agricultural carbon emissions from 623 million to 446 million tons. That would be a significant step for a world that just learned its emissions are still rising, despite efforts to mitigate global warming (though it is worth noting that since agricultural emissions are just nine percent of our total carbon footprint, even those millions of tons saved only adds up to a 2.6 percent reduction overall).

But here’s the thing: we’re not all going to go vegan. So why do we keep talking about how great it would be if we did?

It’s an unattainable goal, plain and simple, especially in America. The study that produced those statistics about how many people bail on meat-devoid diets also found that most lapsed vegetarians disliked the way their choices made them stand out from the crowd. Forty-one percent of current vegans and vegetarians said they didn’t like that part of their lifestyle, while 11 percent found it too difficult to be “pure” with their diets. Some of them even admitted that meat still tempts them.

Therein lies the problem. Abstract ideas about how we’ll reduce our carbon footprint aren’t powerful enough to overcome the aroma of a grilled steak, especially in a country as meat-centric as the U.S. Those who manage to stick with a plant-based diet aren’t generally motivated by climate change, but by ethical quandaries. Maybe they watched a documentary about how terribly we treat chickens in commercial farms, or saw the look in a cow’s eye as it was lead to slaughter. Those are both excellent reasons to stop eating meat, but it’s not enough for everyone.

Only about 2 percent of Americans are vegan or vegetarian, but pretty much anyone who watches the news should be aware of how terribly we treat animals in the meat industry. And yet they’re still eating meat. Heck, I’ll fess up to this. I’ve seen the documentaries. I’ve read the books. I’ve also happily downed a pound of steak and ground beef each in the last week. Is that a little heartless? Yeah, it is. If I had the willpower to do it, I’d give up meat tomorrow. But I don’t, and apparently neither does 98 percent of America.

Vegetarianism and veganism are just ethically-minded versions of things that we can’t stick to: diets. They simply don’t work. We can’t abide by such strict rules forever unless our convictions are really strong, because things we’re denied feel ever-more appetizing. Literally. Your brain becomes overly responsive to food, making you crave the very thing you know you shouldn’t have. Once you can’t have a burger, you assign it a greater reward value.

This is part of why 40 percent of all dieters gain back more weight than they lose. Your body is simply not wired to reject an entire food category, especially not one that you enjoy.

There’s nothing wrong with pondering pure hypotheticals. But your takeaway from such a study shouldn’t be that it’s time you guilted yourself into going vegan. If the prospect of a plant-based diet makes you groan, perhaps try starting with a more realistic goal instead. We could all do Meatless Mondays, for a start. Cutting down consumption by that single day per week saves about 3.8 million cows each year if the whole country gets on board, and it’s a lot easier than eliminating burgers from your diet entirely.

Maybe we could all just eat lab-grown meat. Though it does require a substantial amount of energy to grow—only chicken requires less per pound—it doesn’t produce anywhere close to the same amount of greenhouse gas emissions.

Or just keep on eating exactly what you’ve been eating, and focus on other areas of your life. Dropping just one transatlantic flight per year saves more than twice the carbon dioxide emissions saved by a plant-based diet. So does buying green energy for your home. Driving a more efficient car saves more than a ton of carbon dioxide per year per person, and going car-free saves upward of two tons. You’re probably more likely to do all of those things (minus giving up your car) than you are to never eat a ribeye again.

Let’s stop the charade. Most Americans are meat-eaters, and no study is going to change their minds. Instead of fighting the inexorable march toward ever-more beef and poultry, let’s invest in realistic solutions to our problems. Climate change is quite possibly the biggest challenge we’ll ever face as a species, and we’ll never tackle it with such impractical goals. The paper itself even concluded that eliminating animals as food isn’t a feasible solution to our greenhouse gas problems. So embrace realism—and a slightly-less-meaty, low-emissions future.

Note: this story has been updated to clarify that the paper discussed had no information about animal welfare, and that the emissions we would save going vegan would be less significant than we previously implied.