For once, recycling isn't the best idea. 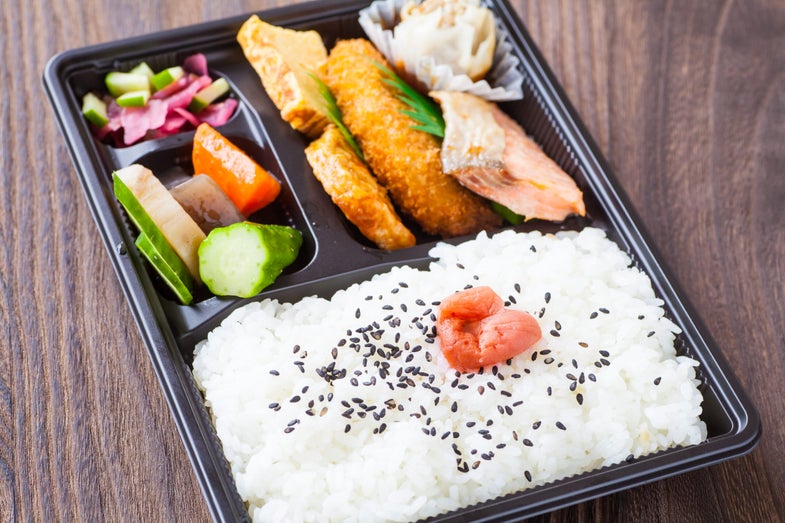 Plastic is all around us: in oceans, food, landfills, and pretty much any other place you can think of, up to and including the Arctic. But while most plastics follow a predictable cycle—breaking down into smaller and smaller bits and doing damage at every point—in terms of chemical composition, not all plastics are created equal. A new UK study demonstrates that some plastic consumer products, from takeout containers to children’s toys, are made from black plastic e-waste, meaning they’re contaminated with the dangerous heavy metals and other compounds that help make the electronic gear pervading the lives of people around the globe.

Black plastics (that is, literally plastics that are black) are colored with carbon black, which is in many cases produced by burning petroleum byproducts. They’re also not recyclable by regular means: the recycling process we send most of our plastics through works by using near-infrared light radiation to break down the material so we can make it into something else. But black plastic doesn’t break down under the low-intensity radiation that works on, say, clear plastic bottles. That means regular recycling facilities in the United Kingdom and in North America can’t process black plastic takeout containers or other items. Instead, that stuff heads for the landfill.

But black is often an aesthetically pleasing choice—just look at electronics themselves, where items like monitors and keyboards have gone from ’90s beige to, frequently, black. “There is a demand for black products,” says Andrew Turner, an environmental scientist from the University of Plymouth who authored the study, “so perhaps a convenient source of black plastic is electronic waste.” And the other thing about black plastic is that it can’t be re-dyed into green plastic, or white plastic: once it’s black, it’s black.

E-waste, which takes the form of old cell phones, computers, televisions, and myriad other items, is full of valuable and often toxic materials. The plastic that’s used in electronics is treated with chemicals like bromine and antimony and heavy metals like lead, to make it flame-retardant and otherwise suitable for electronics.

Once plastic goes into electronics, it’s only supposed to be recycled into more electronics. Recyclers of black plastic, many of whom are located in China or the Middle East, “are supposed to separate the plastic according to whether it’s safe or not safe [for reuse in consumer applications],” he says. But the evidence he gathered shows that’s not happening, at least for many black plastics reaching the United Kingdom.

Turner looked at more than 600 individual items. To figure out what each one contained, he bombarded them with X-rays and studied the reflected light. Different compounds light up at different wavelengths, so he could tell what each coffee mug, clothes hanger, and toy car contained. The results weren’t great: he found more than the legal limits of worrisome chemicals and heavy metals in a number of the items. Given the global supply chains that give us our electronics, toys, and other plastic goods, Turner says he would expect to find similar results in the United States.

At the moment, there’s no way to know exactly where in the supply chain the black plastic from e-waste is entering the manufacturing process for non-electronic household items, Turner says. He’s hoping that his future research will help them understand the process as well as figure out whether the harmful substances are leaching out and being ingested or absorbed by consumers.

“The evidence that plastic casings from waste electronic and electrical equipment is being recycled into other materials where consumers may be exposed to toxic additives is very concerning,” said chemist Jeffrey Weidenhamer, who frequently uses the same x-ray technique in his work, in an email interview with Popular Science, “and certainly calls for additional research and actions to prevent this contamination.”