The country's environmental chief tells PopSci why the holiday is more important than ever. 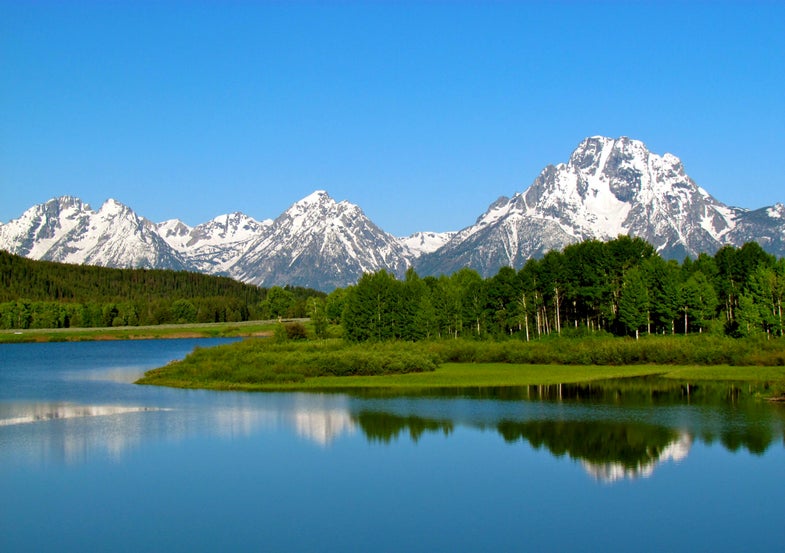 Since she took the helm as Administrator of the Environmental Protection Agency in 2013, Gina McCarthy has been a key figure in the country’s efforts to combat climate change. She has been involved with the formation of the Clean Power Plan—the first of its kind to set a national limit on carbon pollution released from power plants—and with the Paris Climate Accord, a 195-nation agreement that has for, the first time, set in motion truly global efforts on climate change. For Earth Day, she sat down with Popular Science to talk about the importance of the holiday, the current environmental movement, the state of our planet, and what we need to do going forward. 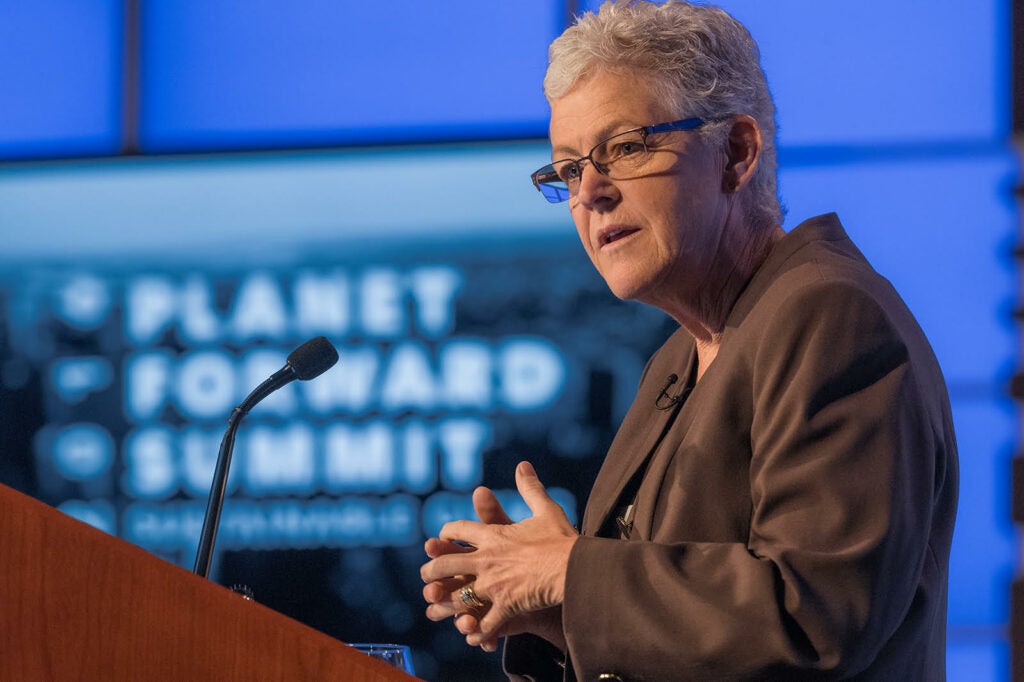 Gina McCarthy has been the Administrator of the Environmental Protection Agency under President Obama since 2013 and has been a major figure in the nation’s fight against climate change.

Popular Science: What was the first Earth Day like?

Gina McCarthy: I can’t remember what the weather was like, but I sure as heck remember what the pollution was like. It was so apparent then. You know where I lived in the city of Lawrence, Mass.—where we had the start of the industrial revolution in the United States—it was all textile industry. And depending on what they were dyeing that day, the river was either bright red or bright orange or bright blue or bright green.

In Boston, you could see the smoke, and the Harbor was awful. It was just so different than where life is today. But it was also an amazing time. It was really the first time that I remember people gathering up and really fighting back against environmental pollution. A lot of young people were gathered together and a lot of people, even older people at that point, were so disgusted by the Love Canals of the world that they were demanding action. It was a great time to be getting into these issues.

Was Earth Day more relevant when it began than it is now?

I think it’s even more important today than it was in 1970. I think it’s necessary because we really have lost sight of pollution now. You can’t see it, taste it, or smell it, like the way you used to. But science is telling us that one out of four people in the world die prematurely because of environmental exposures. Science is telling us that the challenges and the public health impacts are still there. So we have to get people to understand that while you can’t see it or smell it or taste it, pollution is still there and it’s impacting our public health and our kids’ future. And when you add on top of that the challenge of climate change, you have to have every day be Earth Day. And that’s what the EPA is, that’s what we do for a living. If every day could be Earth Day, I think our kids’ future would be brighter and I know our kids would be healthier today.

How are the problems we faced in the 1970s different from today?

There are new issues that we now recognize, like climate change, but we also still have legacy issues. Just look at the challenge of lead. We’ve known for a long time that lead is a neurotoxin. We didn’t call it that back in the days of Julius Caesar, but we knew it was really bad for you. Today we see that obviously in Flint, Michigan. We have made really big progress since 1970—we got lead out of gasoline decades ago, for example—but we need to get it out of people’s homes and out of their drinking water. So we still have legacy challenges as well as new things coming up that science is telling us are the challenges of the future.

How would you characterize the current environmental movement?

Well, the movement in the ’70s led to a series of large environmental laws. Like the Clean Air Act, the Clean Water Act, and the Safe Drinking Water Act, and it also led to the creation of the EPA. In those days, as it should be today, environmental issues were not partisan issues. They were just about public health, because EPA is essentially a public health agency. So I think the next environmental movement that people are seeing is just a reengagement of that basic public health message. It’s asking: What are the core values of this country that we want to protect? They are: clean drinking water, clean air, and safe and healthy places for our kids to play and go to school.

I also think part of this new movement is really going to be not so much focused on what big national rules can do for you, but on reengaging the public. Because that’s what led to the first movement. It wasn’t that the government got smart, it was that people demanded action.

Where that demand comes from today will be a little different, however. I think it’s going to come from citizen science. For example, new monitoring technologies that allow you to see what the air quality is on any given day from your phone. From your phone you can see the quality of your local river and stream.

People now will on their own be able to do what they were reliant on government to do before. And that is going to generate a sweeping change in people demanding protections. That’s where I see tremendous opportunity moving forward. Because transparency in data is everything. If you remember from the ‘60s the mantra “information is power”—guess what? It still is.

You have made a point of stressing public health as we address environmental change and one of the particular ways you have done this is through the topic of food waste. How are the two linked?

EPA and USDA made a commitment to work together to reduce food waste in this country 50 percent by 2030. We have millions of people in this country that are food insecure, and 12 million of them are kids. That’s a public health problem. You cannot have a country that is the richest in the world and see those kind of numbers without recognizing that action is necessary. And 30 to 40 percent of the food in this country that’s produced doesn’t get consumed. A lot of it goes to landfills instead, where it produces methane, a highly potent greenhouse gas.

So we have an opportunity here to actually try to address the food insecurity challenges in this country as well as reduce the greenhouse gas emissions which will protect our kids’ future. We should be connecting those dots and working hard to see that happen.

One of the ways EPA is tackling this is through a program called the Food Recovery Challenge. It is about working with supermarkets to get them to agree that they’re going to reduce the amount of food they throw away. We have accounting tools that they can use, that show them how much they’re buying, how they could change their buying habits, how they could stop letting food spoil and be thrown away. We’ll also show how they can take food that is perfectly nutritious and able to be eaten, and share that food with food pantries, religious organizations, and culinary arts schools. There are ways in which you can utilize that food and prevent it from being sent to landfills. So it’s a wonderful way to close the loop.

But we’re also asking consumers to get involved. We have something called the Food Stewardship Pledge. It starts off with something fun, which basically says that the first thing you should do is shop your fridge. In other words, look at the food you already have and make sure you can figure out how to be creative in reusing that before you actually go and buy other foods and end up throwing all that food away. What that can do for an average family of four in the United States is huge. The average family of that size wastes 1,600 dollars [per year] by throwing food away. That’s a lot of money. So even if you’re not inclined to get all active on climate, get all active on your own pocketbook and save some money.

The Paris climate accord is being signed into force this Earth Day. Do you think it will have the far-reaching global impacts we hope?

I’ve been going to these meetings for many years. This was the most exciting outcome I have ever seen. This is the most solid international obligation that any of us really could have hoped for coming out of Paris. I think it’s game-changing. I think it’s an opportunity to have both developed and developing countries work together. I think there’s an opportunity for capacity building among the developing countries, so that they’re able to skip generations of pollution and move towards real sustainable solutions for how they not only address climate, but do it in a way that really builds their economy and addresses the poverty that may be keeping them back. It was a collaborative, groundbreaking, and really positive moment.

President Obama deserves a huge amount of credit. He and Secretary Kerry’s commitment to have the U.S. step up to the plate and take such strong domestic action with the likes of EPA’s Clean Power Plan was absolutely the game changer that made the rest of the world sit up and notice. It was President Obama’s direct calls and visits in China and India and Brazil—all of those efforts changed the dynamic of the meeting. Because instead of going into Paris hoping that commitments would be made, we went into Paris with firm commitments. So in the end, we only needed to rely on Paris to deliver the implementation strategy. It wasn’t just about goals, it was about getting those goals done. I couldn’t be more thrilled with it. 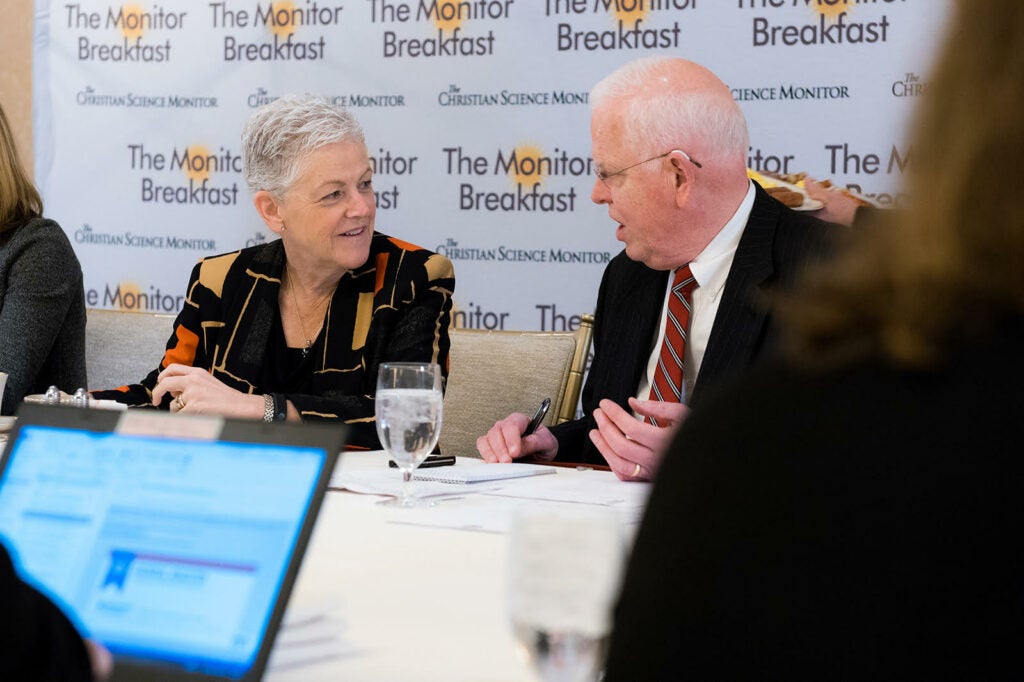 McCarthy has been very vocal about the EPA’s role as a public health agency. A clean environment goes hand in hand with a healthy populace.

Do you have any Earth Day plans yourself?

Part of EPA’s challenge is not only to make sure that we deliver national rules that are strong and based on science and the law, but it’s also about recognizing that there are communities that have been left behind..

I’m also meeting with the African-American Mayors’ Association. In the U.S., a lot of the efforts on climate have been taken at the local level. Mayors are big players for us. They are where the rubber meets the road. If anybody questions whether EPA’s goals of environmental protection are consistent with economic development and public health, just ask a mayor. They know what EPA does and why, because without clean drinking water and good safe places to play and live, kids aren’t healthy and you don’t have a growing economy.

And that’s what EPA is. We’re a public health primary prevention agency.