Harness the power of the snake-fighting marsupial 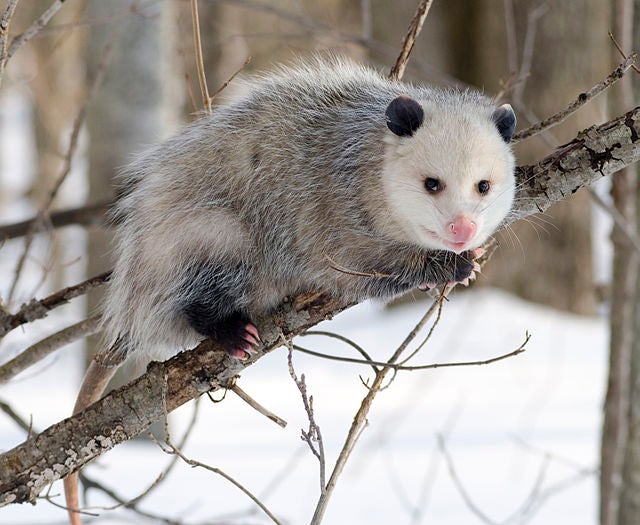 Though some may consider them a nuisance, opossums are amazingly hardy and opportunistic eaters, feeding on everything from the contents of a garbage can to fruits or snails. They also eat snakes and, thanks to an evolutionary chemical arms race, are immune to basically every kind of snake venom. Now, a team of researchers has isolated the peptide from the opossum that makes the animals resistant to snake bites, hoping to use it as a new, inexpensive antivenom in humans. The researchers presented their work on Sunday at the annual meeting of the American Chemical Society in Denver.

In the United States, snake bites aren’t much of a problem; they are relatively infrequent, and victims are usually close enough to a hospital to receive timely treatment. But this isn’t the case in other countries. In India, nearly 46,000 people die every year from snake bites, and those who survive are saddled with the exorbitant cost of antivenom.

To make this new antivenom, the researchers used E. coli bacteria to produce the first 11 amino acids of the protein previously known to keep opossums immune to snake venom. They then used a protease to cleave off the single desired peptide at the end of the chain. Though the researchers have to refine their process before making the antivenom commercially available, they estimate that it won’t cost more than $1 per dose, significantly less expensive than other antivenom on the market (typically $100 per dose). The scientist spearheading the research, Claire Komives of San Jose State University, is currently conducting a crowdfunding campaign to fund the continued development of the antivenom.