Could reptiles and amphibians hold the key to the fountain of youth?

Two new studies reveal that many species of reptiles and amphibians show slow or even negligible signs of aging. 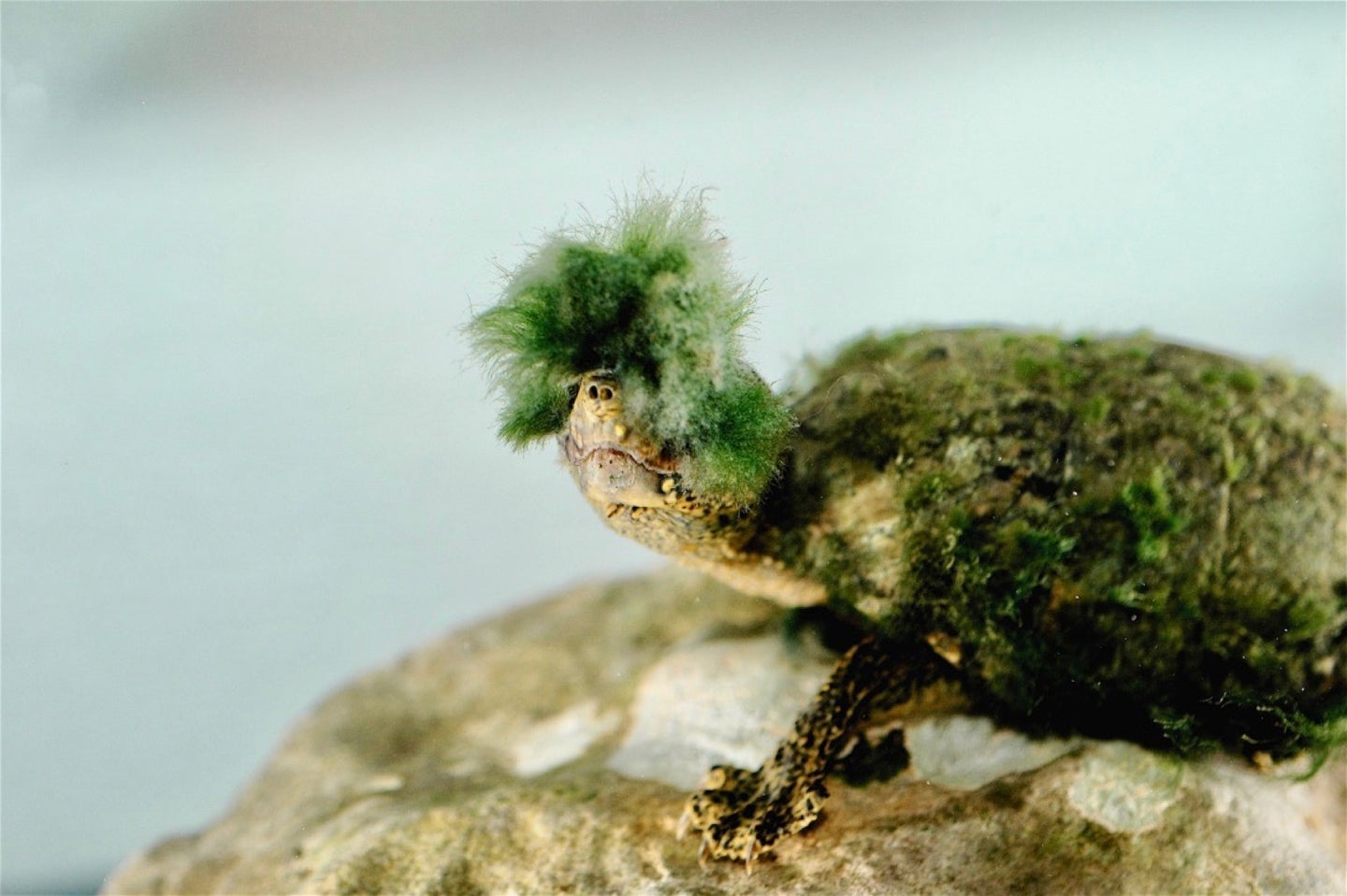 When it comes to longevity, scientists have long suspected that scaly and slimy vertebrates have an edge. Galápagos tortoises, eastern box turtles, cave-dwelling salamanders known as olms, and a number of other reptiles and amphibians can live more than a century. And the oldest known land animal, a Seychelles giant tortoise named Jonathan, recently celebrated his 190th birthday.

Until now, though, most of the evidence highlighting the long lifespans of these animals have come from anecdotal reports from zoos, says Beth Reinke, a biologist at Northeastern Illinois University in Chicago. She and a team of more than 100 researchers from around the globe have compared rates of aging in 77 species of reptiles and amphibians in the wild. The study initially grew out of the long-running notion that turtles can live for a long time. “We wanted to know how widespread that is,” Reinke says.

The researchers found that although aging and lifespan varied greatly from one species to the next, turtles, crocodilians, and salamanders generally aged very slowly and had disproportionately long lifespans for their size. Meanwhile, another group of researchers in Denmark reached similar conclusions after comparing 52 species of turtles and tortoises living in zoos and aquariums: roughly 75 percent of the reptiles showed slow or negligible senescence, and 80 percent aged more slowly than modern humans.

Both teams reported their results on June 23 in Science. The new findings aren’t particularly surprising but do challenge the idea that senescence—a gradual decline in bodily functions that increases the mortality risk after an organism reaches sexual maturity—is universal, says Rob Salguero-Gómez, an ecologist at the University of Oxford who wasn’t involved in the research.

“They’re both excellent pieces of research,” he says. “They add a new layer…upon our understanding of senescence across the tree of life.”

For their analysis, Reinke and her collaborators drew from long-running studies on a wide variety of animals that included turtles, frogs, salamanders, crocodilians, snakes, lizards, and the lizard-like tuatara. These studies tracked reptile and amphibian populations over an average period of 17 years and encompassed more than 190,000 individual animals.

To determine how quickly a species aged, Reinke and her team calculated the rate at which its individual members died over time after hitting sexual maturity. The team estimated lifespan  from the number of years it took for 95 percent of these adult animals to die.

One caveat to these estimates, Reinke notes, is that the researchers didn’t distinguish between different causes of death. “When people hear ‘aging,’ they tend to think of just physiology,” she says. “Our measure of aging includes not just physiology, but all things that could cause death in the wild.”

[Related: These jellyfish seem to cheat death. What’s their secret?]

The team also compared their estimates with previously published data on aging in mammals and birds. These groups of vertebrates are warm-blooded or endothermic, meaning they are capable of regulating their own body temperature. Reinke and her team expected to find that the cold-blooded, or ectothermic, reptiles and amphibians would age more slowly on the whole than birds and mammals because their slower metabolisms put less physiological wear and tear on their bodies. But the results revealed a mixed bag. While some reptiles and amphibians did age more slowly than most birds and mammals, others aged faster. Longevity in reptiles and amphibians varied from 1 to 137 years—a much wider range than the 4 to 84 years seen in primates.

However, species with negligible aging appeared across the reptile and amphibian family tree, and turtles as a group were “uniquely slow agers,” she says.

More research is needed to tease out how these and other variables drive differences in aging and longevity. “There are a lot of really interesting patterns that we brought to light that need to be explored further,” Reinke says. “I think that ectotherms could have the answers to a lot of what we want to know about aging for human health.”

In the quest to extend human life, salamanders may be a particularly promising group to focus on. “A lot of them can live for 10 years or more, which for their size is a lot,” Reinke says. These amphibians are famous for their ability to regrow lost limbs and tails, leading some scientists to believe that there may be a connection between these regenerative capabilities and the salamanders’ impressive longevity.

For the second new paper, the team out of Denmark focused on aging in captive reptiles.

“All these theories of senescence state that…the risk of mortality would increase with age after sexuality maturity, when we stop putting so much energy into repairing cell damage and tissues and put more energy into reproduction,” says Rita da Silva, a biologist at the University of Southern Denmark in Odense and coauthor of the findings.

The best candidates for a species that might escape the damaging effects of getting old are those that continue growing their entire lives, such as turtles and tortoises.

“What we were mainly interested in is if their risk of mortality increases with age as it does in humans for instance, and in other mammals and in birds,” da Silva says. She and her colleagues analyzed records of captive turtles and tortoises, with data for each species ranging from 58 to several thousand individuals.

In most species, mortality either remained constant with age or actually decreased.  On average, male turtles and tortoises lived longer than females—the opposite of what’s seen in mammals. For three of the species, the team also examined data on wild populations, and found that captive animals enjoyed lower rates of aging.

“In some way these populations found a way to lower their aging rates when the conditions are favorable,” da Silva says. In captivity, reptiles don’t need to pour energy into finding food or shelter. But it’s not clear why only some reptiles seem to respond to this bounty by minimizing or avoiding senescence. “For some other species either the conditions are not ideal or they are not really able to switch off the senescence,” da Silva speculates.

[Related: Has the fountain of youth been in our blood all along?]

While the majority of turtle and tortoise species studied aged more slowly than humans, it’s too soon to say what implications the findings could have for efforts to understand human health and aging.

“We need to be careful when making these comparisons,” da Silva says. “We cannot draw a clear connection between this and humans, [but] I can say that we are one step closer to understanding the mechanisms of aging.”

The two new papers show how much remains to be discovered about aging and how it differs among humans and other animals, plants, and more distantly related organisms, Salguero-Gómez says.

“There’s true value in this type of research beyond the potential translations into biomedical research, just for a higher appreciation for our place in the tree of life and also for the realization that not everything follows a human way of living,” he says.