Venomous Slow Loris May Have Evolved To Mimic Cobras

Don't be fooled by those big brown eyes. 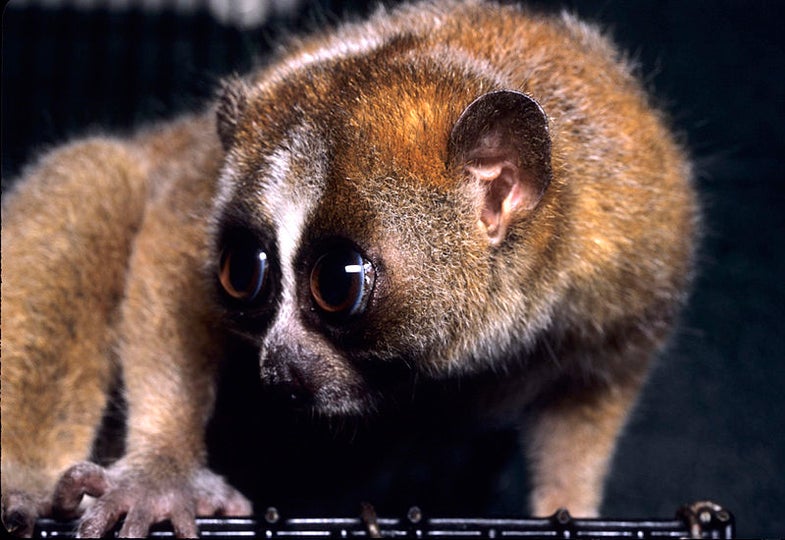 What’s slow, fuzzy, and deadly like a cobra? The slow loris, of course! Researchers are arguing that these endangered Asian primates evolved to mimic venomous snakes.

An article published in the Journal of Venomous Animals and Toxins including Tropical Diseases suggested slow lorises adopted serpentine markings and movements as defense mechanisms.

Its big doe eyes, furry face, and tiny grasping hands are a deceptive mask for its deadly nature. Slow lorises are the only known venomous primate, secreting toxins from a gland located along the crook of their inner arms. When threatened, a slow loris will hiss and retreat into a defensive posture with its paws clasped on top of its head. In this position, the slow loris’s upraised arms combined with dark markings on its face look remarkably like the expanded hood of an angered Spectacled cobra.

To add to the effect, slow lorises can even undulate in a serpentine fashion. This unusual movement is made possible by an extra vertebra in their spines. The defense posture also allows slow lorises to suck the venom from their armpits and strike quickly. The bites of these tiny primates have caused anaphylactic shock and even death in humans.

For eight million years, slow lorises and cobras have coexisted in the same parts of Asia. Together, they weathered through drastic climate changes, which may have forced the traditionally tropical forest dwelling slow loris to adapt to an open savannah-like environment by mimicking venomous snakes.

In 1905, naturalist John Still wrote one of the first accounts of coming across a slow loris and mistaking it for a cobra in Sri Lanka.

Despite all of its cunning evolutionary traits, the slow loris is an endangered species, as the exotic pet trade threatens wild slow loris populations. “Knowledge of loris venom and its danger to humans, we hope, will help curtail the growing illegal pet trade,” Anna Nekaris, the author of the article and a professor of anthropology and primate conservation at Oxford Brookes University, tells Popular Science in an email. Nekaris says she hopes more research will show people the slow loris is a rare and complex creature, not a cute face to domesticate. 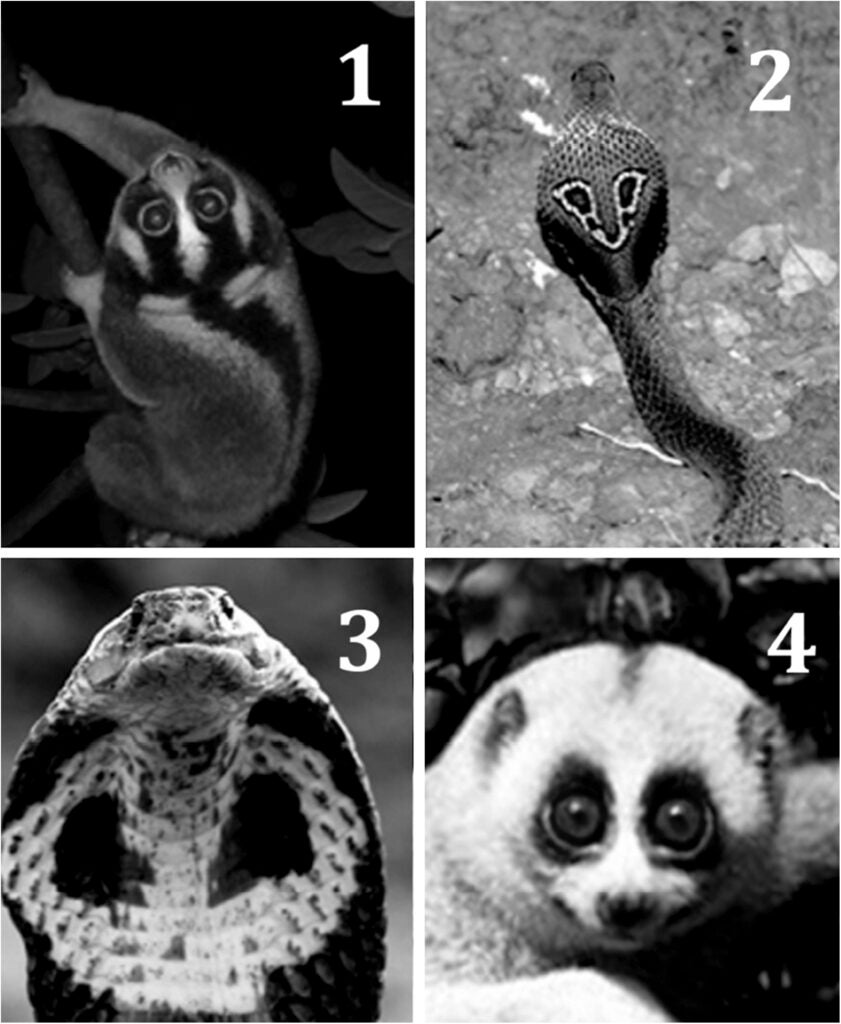 Correction (10/10/2014, 1:45pm ET): The original story referred to slow lorises’ toxins as poisons. They are actually venomous, not poisonous, and it has been corrected. We regret the error.