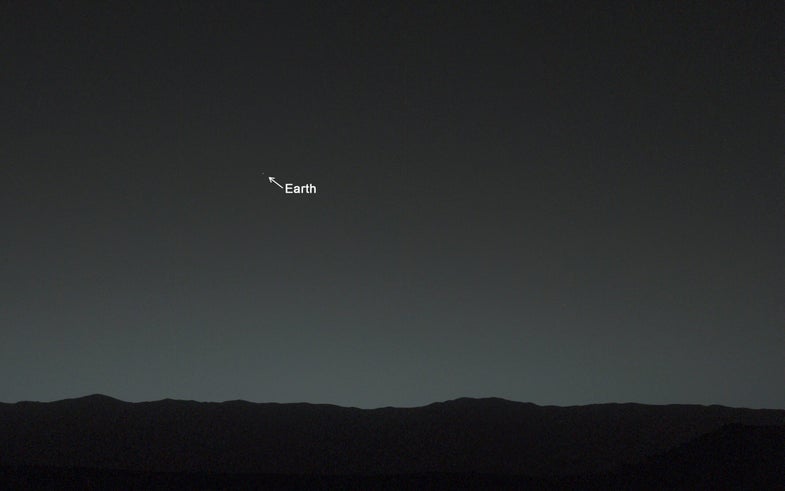 Wave hello! This is what Earth looks like from Mars. Curiosity snapped this photo 80 minutes after sunset on its 529th Martian day, or sol, on the Red Planet’s surface. Back on Curiosity’s planet of birth, it was January 31, 2014.

A human standing on Mars would be able to see both Earth and the moon easily with his or her naked eyes, according to NASA. They would look like large, bright stars. That’s not as clear in the above Curiosity photo, but NASA helpfully made this image: 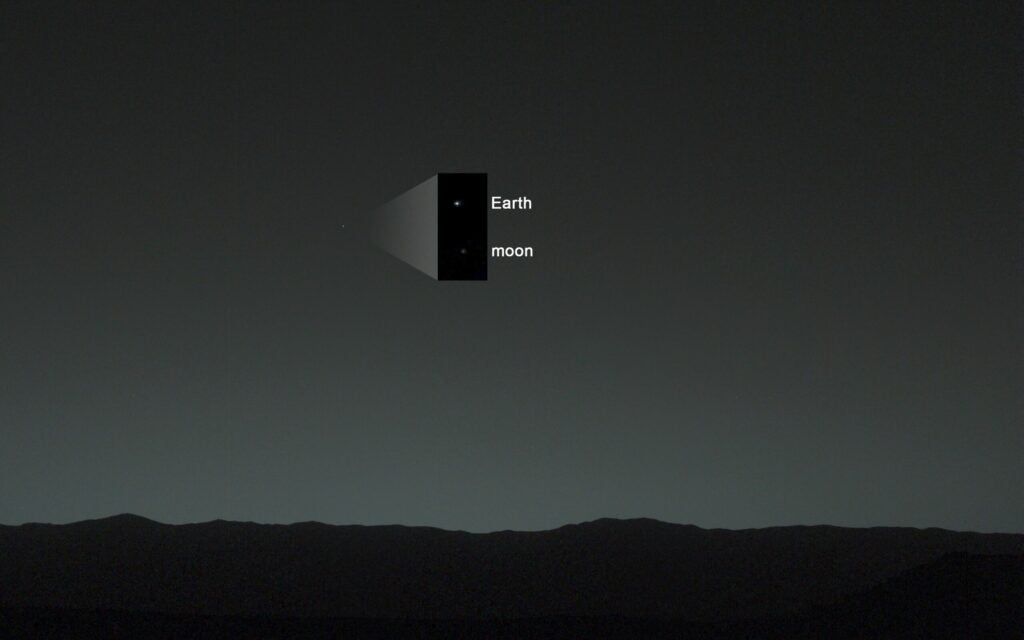 Earth and Moon from Mars, January 2014