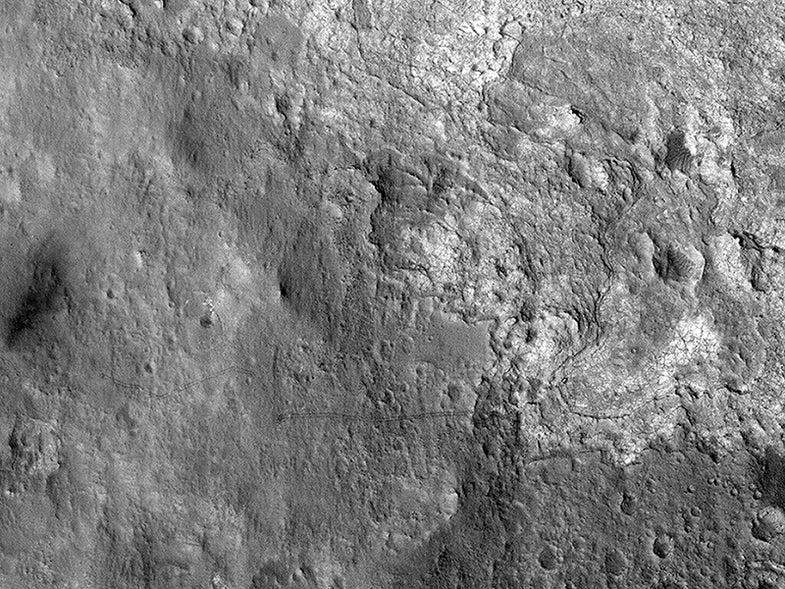 Just how far has Curiosity traveled since landing on Mars in August? We could tell you, but it turns out you can see for yourself. Curiosity’s tracks are visible from Mars orbit, and new images from the HiRISE camera aboard the Mars Reconnaissance Orbiter show the wending path of the rolling space lab from its touchdown site at “Bradbury Landing” almost all the way to its current position in “Yellowknife Bay.”

The newly released images are actually a couple of weeks old, but it doesn’t much matter for our purposes. Curiosity is now rolling on lighter-toned, harder ground on which its tracks aren’t easily visible anyhow. But for the first 100 or so Sols (that’s a Martian day) Curiosity was making serious tracks. In the image above, Bradbury Landing is basically the dark smudge at left. The tracks weave across the lower half of the image over to the boundary where you can see the terrain changing. That’s where the rover is now, and it’s here we lose visual on the tracks.

A closeup of the landing site below was taken back on September 8 when Curiosity hadn’t yet made it quite so far. You can clearly see the rover at below and right of center. 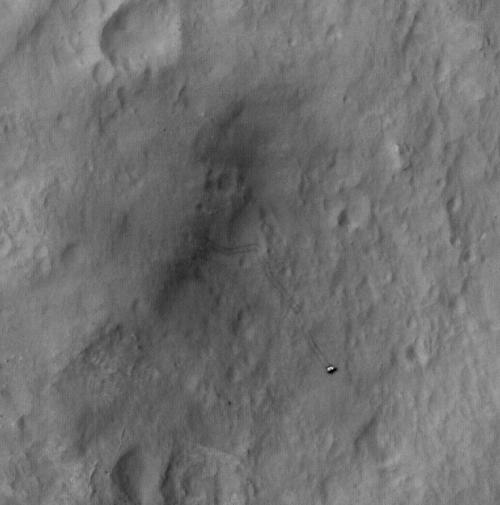 Curiosity is currently exploring Yellowknife Bay and preparing to drill into its first rock. Oh, and in case you were curious, with movements in the last day or so discounted Curiosity has traveled 2,312 feet from where it landed August 5.