Corrupted files may be the fault of cosmic radiation. 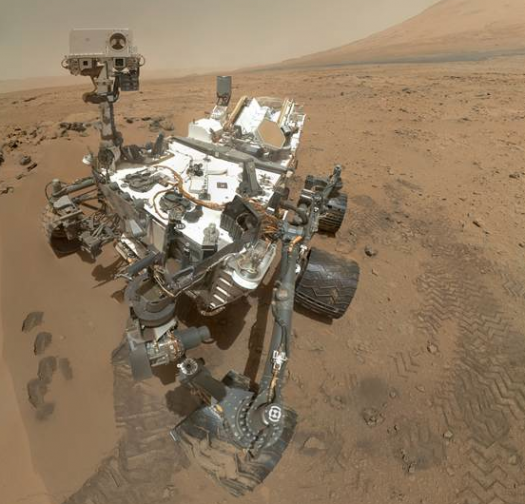 NASA’s Mars rover Curiosity paused its work over the weekend and is chilling in safe mode on Mars, while engineers on Earth try to resolve a computer glitch. The rover switched to a backup computer, but operations are on hiatus while NASA engineers work on the problem.

Last week, engineers noticed a glitch in the flash memory on one of the rover’s two computers. Curiosity had normal communications with Earth on Wednesday, Feb. 27, but like an annoying Facebook friend, it updated its status yet included no actual information. In the status update, engineers learned the rover did not go to sleep when planned, and when they started diagnosing the problem, they realized the main A-side computer had some corrupted files.

Meanwhile, the rover switched over to a secondary B-side computer. It used this computer for a while during the journey from Earth last year, but it’s been using the A computer the vast majority of the time.

Engineers are still trying to determine the source of the corrupted files, but it could actually be the fault of cosmic rays. High-energy particles are constantly bombarding all the planets, and while Earth’s magnetic field protects us from most of them, the particles can still cause secondary showers of charged particles that can inflict damage on our computers. Back in 1996, IBM apparently estimated that an average desktop computer could expect one error per month per 256 megabytes of memory. A few years ago, Intel patented the concept of building cosmic ray detectors into every computer chip.

Though Curiosity had plenty of shielding on its interplanetary journey, on the surface of Mars, it’s not as well-protected. The problem happens when a high-energy particle streams into a computer chip, either creating a 0 or 1 where there isn’t one, or switching an existing bit of memory to a different state. This is called a soft error.

This is pretty lousy timing for NASA, which just started a series of tests analyzing Curiosity’s first drill sample. The rover swallowed some pulverized rock several days ago and was in the early stages of testing it. NASA said the rover should resume science investigations within a few days.