Today On Mars: Curiosity Might Have Lost A Piece of Itself In The Martian Dust

Curiosity has spotted something suspiciously--familiarly--shiny. 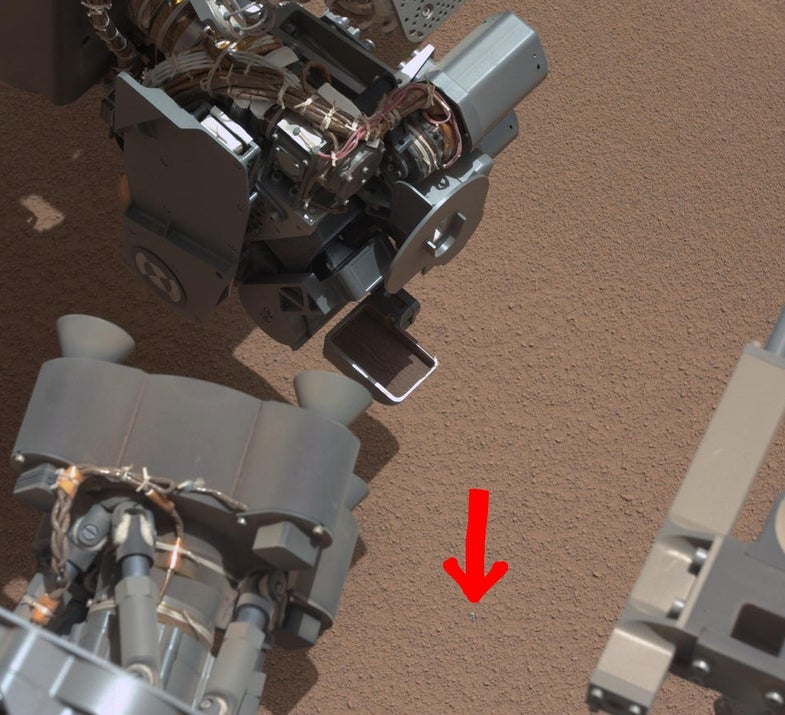 The Mars rover Curiosity’s first scoop on the red planet went well over the weekend, but then engineers at NASA’s Jet Propulsion Laboratory saw something on the ground that gave them pause–and made them pause the rover. Curiosity is taking more pictures of this shiny object today.

The bright object in the image above might be a piece of the rover that fell off, and if so, NASA scientists want to determine where it came from and what it is. Then they’ll be able to tell whether this will affect the rover’s future activities. We added the arrow because otherwise the object is nearly impossible to see–which gives you a sense of the eagle-eyed examination given every postcard from Mars.

Curiosity checked out in full health after a month of tests, so it seems unlikely that this shiny bauble signals some major injury, but NASA is being careful. Sol 62 ended around 3:30 a.m. Eastern time today.