Today On Mars: Roving And Photo-Snapping

Curiosity shoots some new photos after a long drive. 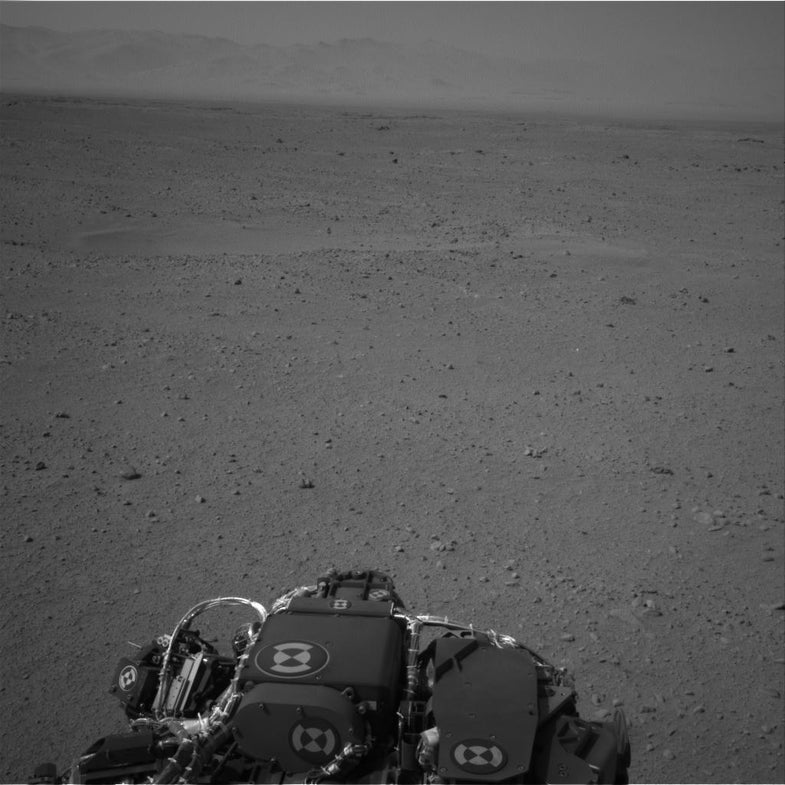 Mars Rover Curiosity got a move on during its 38th sol hanging out on the red planet. After taking a few more self-portraits, and testing the robotic arm the rover will use to collect samples, it set off on one of its longest drives yet.

After this sol’s 105-foot sojourn, the enterprising one-ton science lab on wheels has travelled a grand total of 466 feet since its arrival in the Gale Crater. Of course, Curiosity has journeyed even further than that. Its trip from the Earth to Mars clocked in at a whopping 350 million miles.