Big Pic: There’s A Penis Drawing On Mars, You Guys 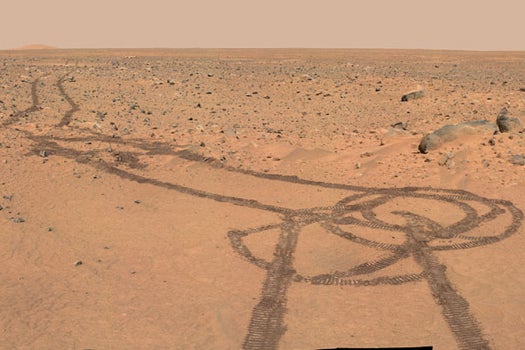 We did it, everyone! A space program decades in the making has culminated with this: a penis on the surface of Mars.

An intrepid Reddit user spotted the suggestive tracks made by the Opportunity rover, and the photo’s actually on NASA’s official site. The drawing was probably not intentional. But still. Look at that photo. That’s a penis, right? Definitely a penis.