Nearly 100 years before the Apollo program, people wondered what it would look like to see Earth from outer space. 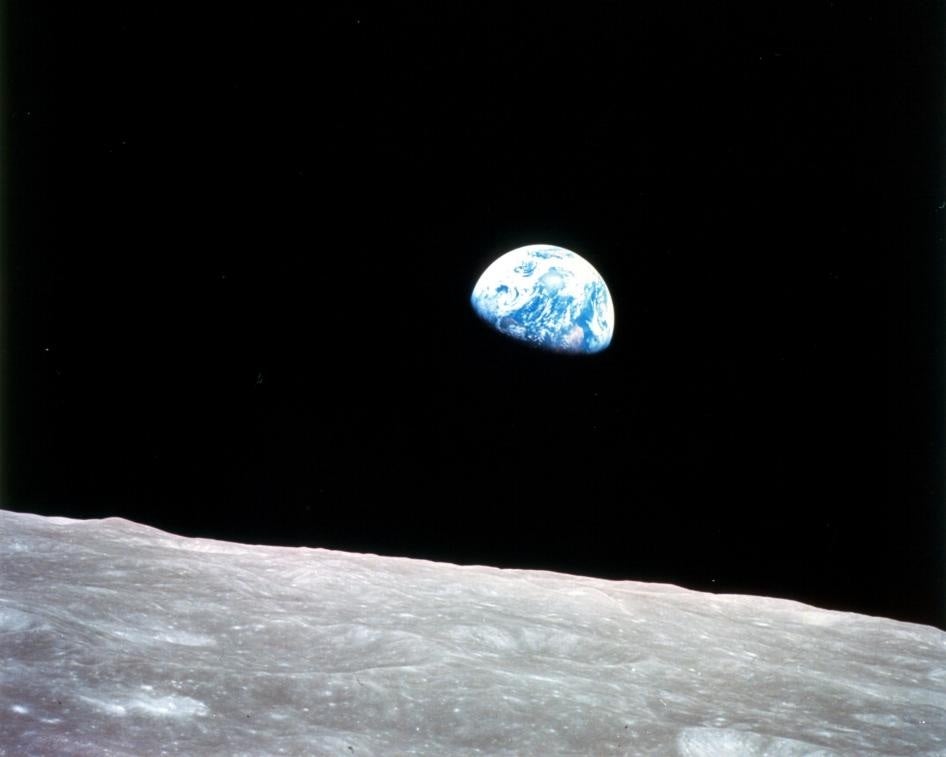 People make a lot of fuss about that heartbreaking photo of home that Apollo 8 astronauts took in 1968. But as historic as “Earthrise” was, it wasn’t the first time humans thought about what the Earth would look like from an alien land. In a testament to the human imagination, illustrators from as far back as 1800s made drawings envisioning what Earth would look like to viewers standing on the moon, Mercury, or Mars.

Library of Congress special curator Trevor Owens collected some of these illustrations in a blog post yesterday. Check out his post for more images and full explanations of each illustration. Here are just a few: 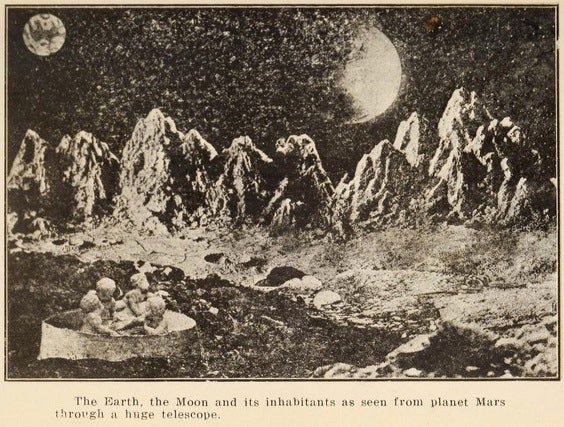 That’s a triple whammy above. Folks see both Earth and the moon from their vantage point on Mars. This is an illustration from a science fiction story, “A Trip to Mars” by Marcianus Filomento Rossi, in which Earthlings visit Mars and find the descendants of ancient Romans (!!) living there. 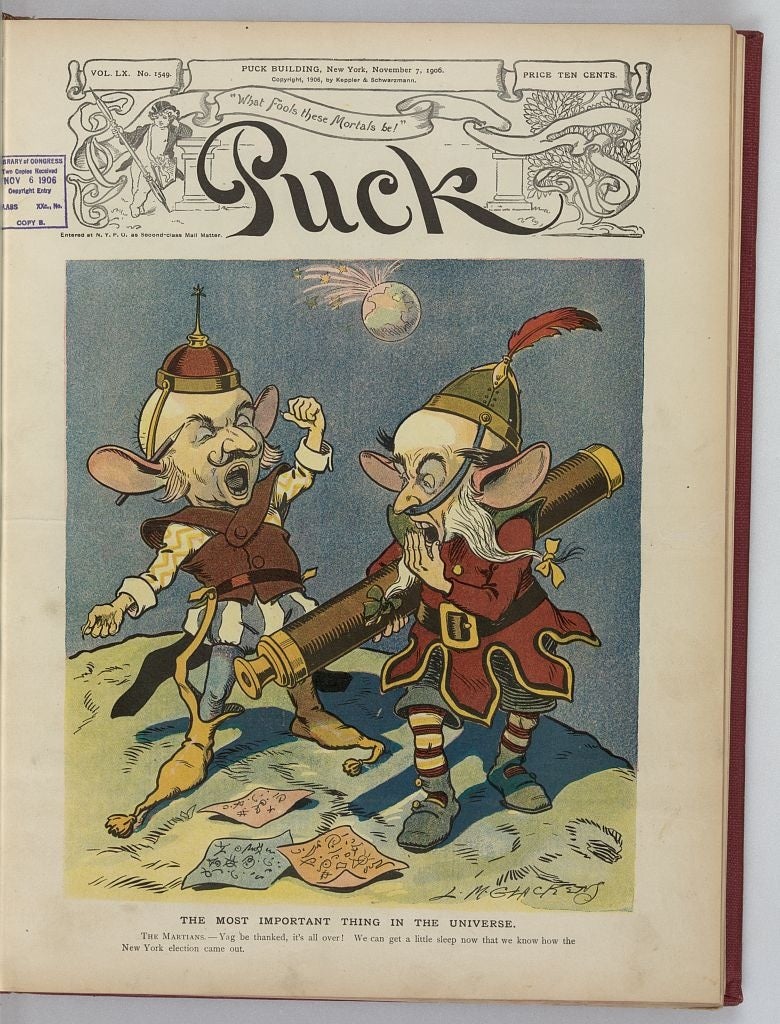 This illustration doesn’t come from a science or science fiction publication. It’s from a 1906 issue of Puck, a humor magazine. It shows Martians reacting to the election of the governor of New York. (Do you think they’d be interested in the upcoming mayoral election?) “Showing Earth from space has long been a way to show how something that might seem very significant up close is at a distance not a particularly big deal,” Owens writes.

Puck was fond of the cosmic view. The 1905 cover below illustrates “The Earth as seen from Mars.” Unlike the “Earthrise” examples Owens found, the cover doesn’t show any Martian land, but it does show entirety of the Earth, as well as Saturn in the background. The long view allows the viewer see a slick of oil floating around Earth.

To modern viewers, the Earth below may seem moon-like because it’s white and has a man’s face in it. But that’s oil baron John D. Rockefeller’s face on the Earth. So Puck used the space view of Earth to convey the message that Rockefeller’s activities had enormous impact. Seventy years later, NASA’s “blue marble” photos of Earth would bolster the emerging modern environmentalist movement, by showing how beautiful and “companionable” Earth looked from space. 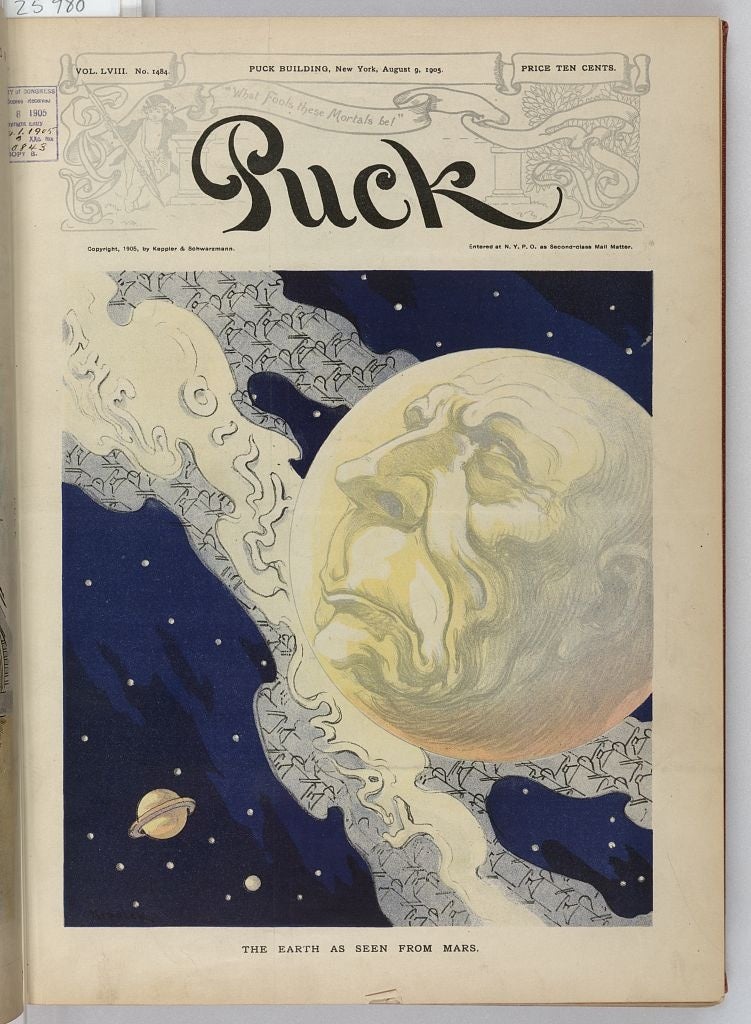