The Keeper Of The Maps Of Mars 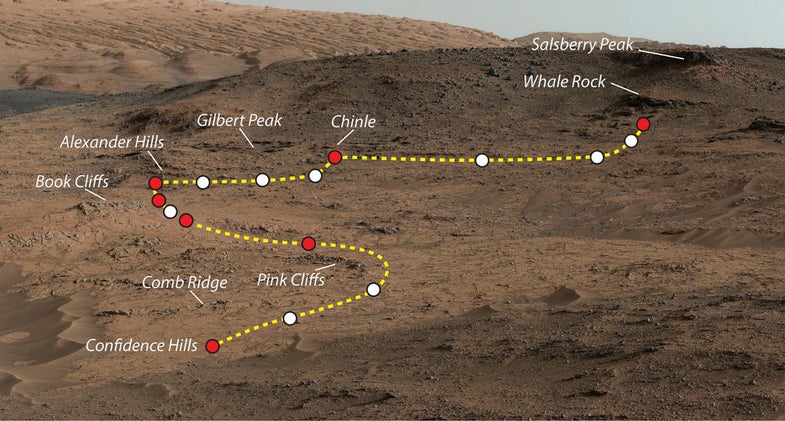 Dr. Fred Calef’s official title is Geospatial Information Scientist for the Curiosity Rover, but at NASA’s Jet Propulsion Laboratory they call him the Keeper of the Maps. Dr. Calef’s job isn’t just to make maps of Mars, but to bring together all of the data that can range from types of rocks, slope angles and elevation changes, into one intelligible record for the team at the Mars Science Laboratory.

Before Mars, Calef worked for a transportation agency in Massachusetts and for small local governments mapping watersheds, then got a Ph.D. in geology. Now, after years of working on the Curiosity mission, Calef is gearing up for the launch of Insight in 2016, NASA’s next mission to Mars. He has already begun doing landing-site analysis for Insight.

Dr. Calef took some time out of his 831st Martian sol to talk to us about his job and where he plans to set up camp on Mars. 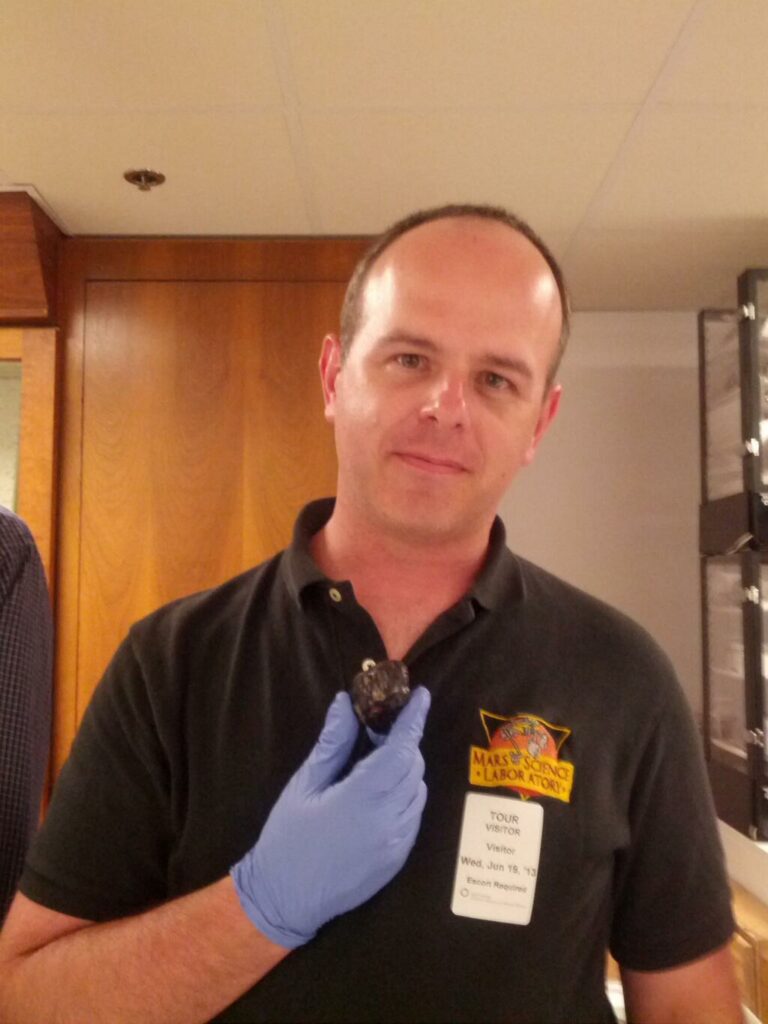 Popular Science: How did you get the name “the Keeper of the Maps”?

Dr. Calef: That name was given to me by the principal scientist on the Curiosity mission, Dr. John Grotzinger, and I use the title any chance that I get.

How does one become the keeper of the maps?

Right place, right time, right skillset. I have my PhD in geology, and one of the tools I learned was mapmaking, specifically digital mapmaking. Eventually I applied at JPL to do landing site analysis for the Curiosity rover. A few months before the mission was scheduled to land, I was asked to join the team as the ‘Keeper of the Maps’.

We can figure out: Where do we want to go to do the science?

How do you create a map of another planet?

We start out just the same way you would make a map on Earth; we start by making a base map, specifically with photos from the Mars Reconnaissance Orbiter. The MRO has a camera on it called HIRISE, the High-Resolution Science Experiment. HIRISE takes pictures at roughly 25 centimeters square, about the size of a dinner plate. So if you put a dinner plate on Mars, it could take a picture of it, or at least it would show up as a bright dot. When we take pictures of the ground we can take them at different angles, and when we do we can create an elevation model. With that information we can see the shape of craters and rocky areas and figure out where it’s safe to land, where it’s safe to drive the rover and, just as important, where do we want to go to do the science?

How about images from Curiosity?

Every time the rover drives we take images all around us, 360 degrees, and then we take those images and match it up to the HIRISE base map and that helps identify where the rover is located. From there we can see the rocks that are in front of us and can decide to take a color picture of them, shoot them with the CHEMCAM laser to see what those rocks are made of, or take out the rover arm to investigate further.

How do you come up with the names for the locations on Mars. Have you named any?

It’s mostly formal, but we have a little bit of leeway to pick from interesting rock formations on Earth. MSL (Mars Science Laboratory) science team members who’ve mapped the geology in a specific landing site area could pick a name related to their favorite rock formation; for example, one region is named Kimberly after Kimberly, Australia. One of my rocks I’ve given a name is Coeymans, which is a limestone formation near Albany, New York. It’s a place I visited a lot with my family and while I was getting my PhD. It’s also really interesting geologically.

Would you say that know more about the terrain of Mars than Earth?

The joke I tell my friends whenever I get lost trying to get somewhere to meet them is: “Ask me where to go on Mars, fine; ask me on Earth, good luck!” It’s probably the case in some areas that, yeah, I know Mars a lot better than I do Earth, for better or for worse. That’s what GPS is made for.

What is it like to know more about another planet than your own?

It’s strange because when I’m here at JPL, I’m living in this Mars world. The viewpoint of the rover is like you’re standing on the surface and so I’m used to seeing that everyday, and I forget that other people don’t know what that’s like. It becomes casual, but I know it’s not.

If we ever start a colony on Mars, where is the sweet spot to live in your opinion?

Oh boy, that’s tough. This is where the engineer kicks in. I’d have to ask: what resources do we have there? What’s interesting? I do like Gale Crater, it has some benefits. It has some atmosphere over it, which means you don’t get as much radiation. It doesn’t have any water-ice though which is a bummer, but assuming you can solve that problem there are a lot of interesting things, geologically speaking. Gale Crater is probably my favorite because I already live there so to speak. That’s my pick.

Gale Crater is probably my favorite.

Has mapping Mars helped us learn more about Earth?

Earth is about 4 billion years old and Mars is about 4 billion years old. On Earth we can only see back about 3 billion years, and then when we talk about anything older than that, we’re taking about microscopic zircon crystals which you can barely hold with a pair of tweezers, so we don’t really know what the old Earth looked like. However, on Mars, a big part of its early development is preserved. If you want to know what ancient Earth looked like, look at Mars, because it’s probably pretty similar. When you combine what Mars was in the past with what Earth became you kind of get the full picture of planet development. So studying Mars can really provide insight into how Earth came to be the way it is.

What most surprised you about the surface of Mars?

I think that there was a lot more water than we thought. We saw outcrops from orbit and thought, oh that was probably a lava flow and now when the rover gets close up, we see that it was probably laid down by water. It’s making us go back and look at everything else on Mars and ask: do we really understand how those rocks got there? It’s been a huge shift in how we think about Mars. We used to look at images and say maybe there was a little water here, a little water there, but now it’s maybe there was just water everywhere; definitely a lot more than we thought.

With the help of orbiters like the MRO and rovers like Curiosity, you have plotted a large portion of Mars already. How much more do you have left before you consider the planet completely mapped?

We have imaging of the entire planet, some better, some worse, but in terms of maps and rock formations, I don’t know if we’ll ever have it mapped completely with enough detail. We’ve got a long way to go, and plenty more to explore, which is a good thing. 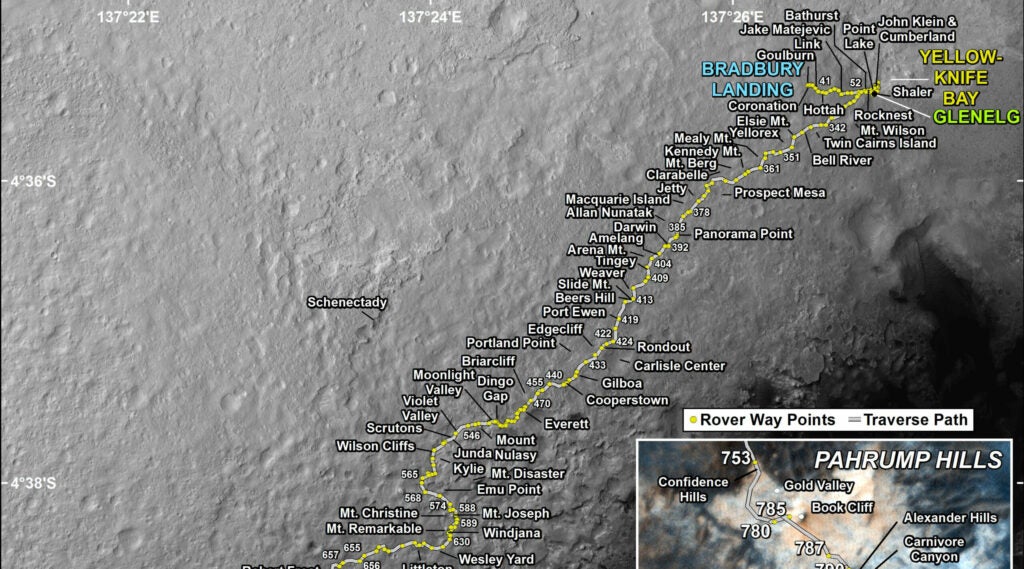