This is What Curiosity Looks Like After Two Years On Mars

It’s a little battered and dirty, but still going strong. 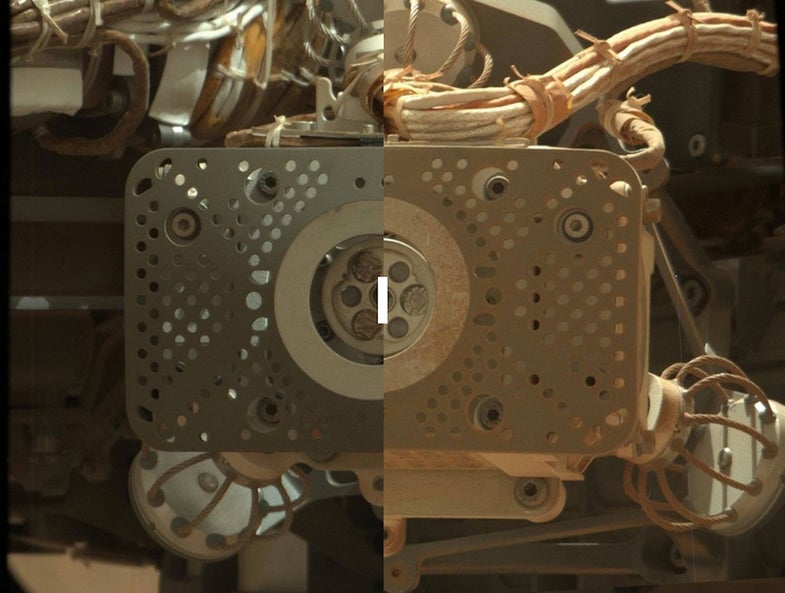 While the Mars rovers’ drivers sit in relative comfort here on Earth, the rovers themselves do get beat up a bit. In honor of Curiosity’s second anniversary on Mars, The Verge put together a cool story showing the before and after pics of the toll the harsh environment has exacted on the rover. Scroll through for yourself to see some of the dents, scratches and holes that Curiosity has accumulated over the years. Oh, and all the dust it picked up. There’s a lot of dust.

Luckily, Curiosity isn’t doomed to live in this condition forever. While the holes and scratches are pretty much a foregone conclusion, there’s a chance that the dust will get blown off by the winds on Mars. That’s exactly what happened to the Opportunity rover earlier this year. In March, NASA had the 10-year-old rover take a picture of its remarkably clean solar panels earlier this year. According to NASA, they’re cleaner than they’ve been since the rover spent its first winter on Mars in 2005. 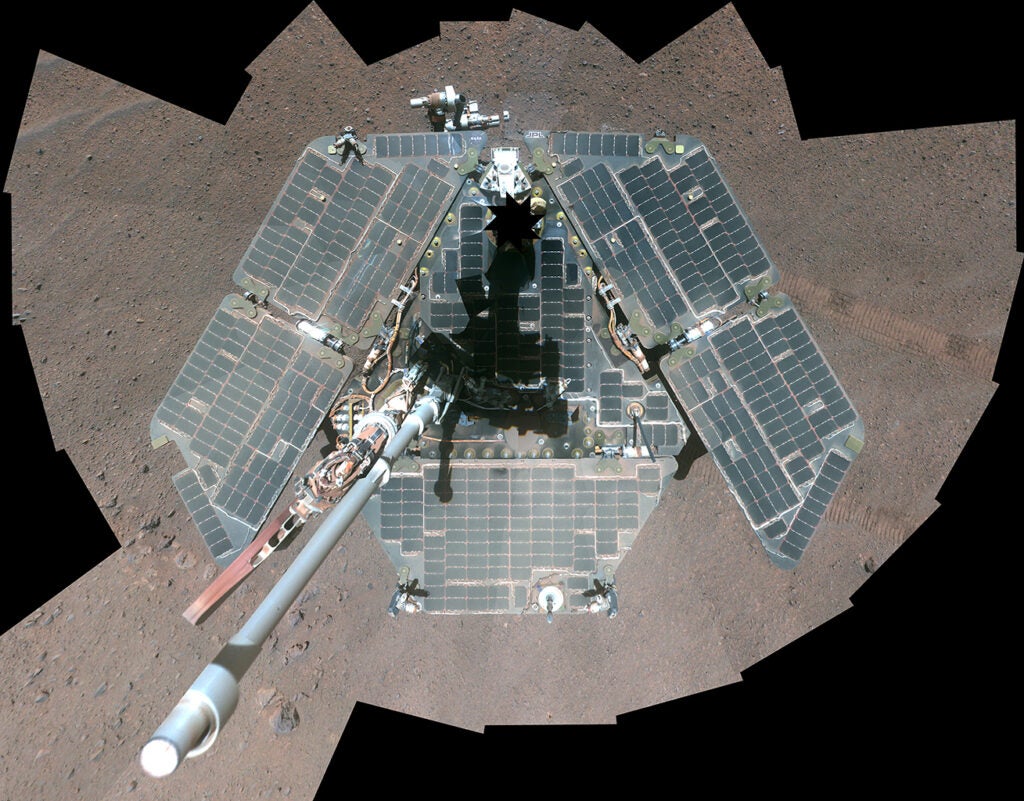 But NASA isn’t just relying on the wind to deal with its dust problem. It’s also started work on dust shielding technology that it plans to test in space in 2016.