The newest NASA probe will sniff the Martian sky.

We’re going to Mars today! The Mars Atmosphere and Volatile Evolution Mission, or MAVEN for short, is set to blast off this afternoon, Eastern Time in the U.S. On Friday, we brought you details about MAVEN’s preparations and science mission. Here, you’ll find a primer on other basics you need to know before the launch, including MAVEN’s expected lifetime, whether MAVEN will meet MOM, and how to watch the launch.

When and where will the launch be?

The first launch window NASA is aiming for covers 1:28 to 3:28 p.m. EST. The craft will blast off from the Cape Canaveral Air Force Station. Over the weekend, NASA officials said they planned to stream launch preparations live starting at 11:00 am EST. We’ve seen a few shots of Cape Canaveral at that link already.

There is a chance the craft won’t lift off today. On Sunday, NASA officials said there’s a 40 percent chance of a no-go today because of cloud cover. The craft could still take advantage of launch windows—times during which Earth and Mars are positioned just right so that MAVEN will rendezvous correctly with Mars—on Tuesday and Wednesday. However, both those days are more likely to be cloudy, with about a 60 percent chance of a no-go on both days. 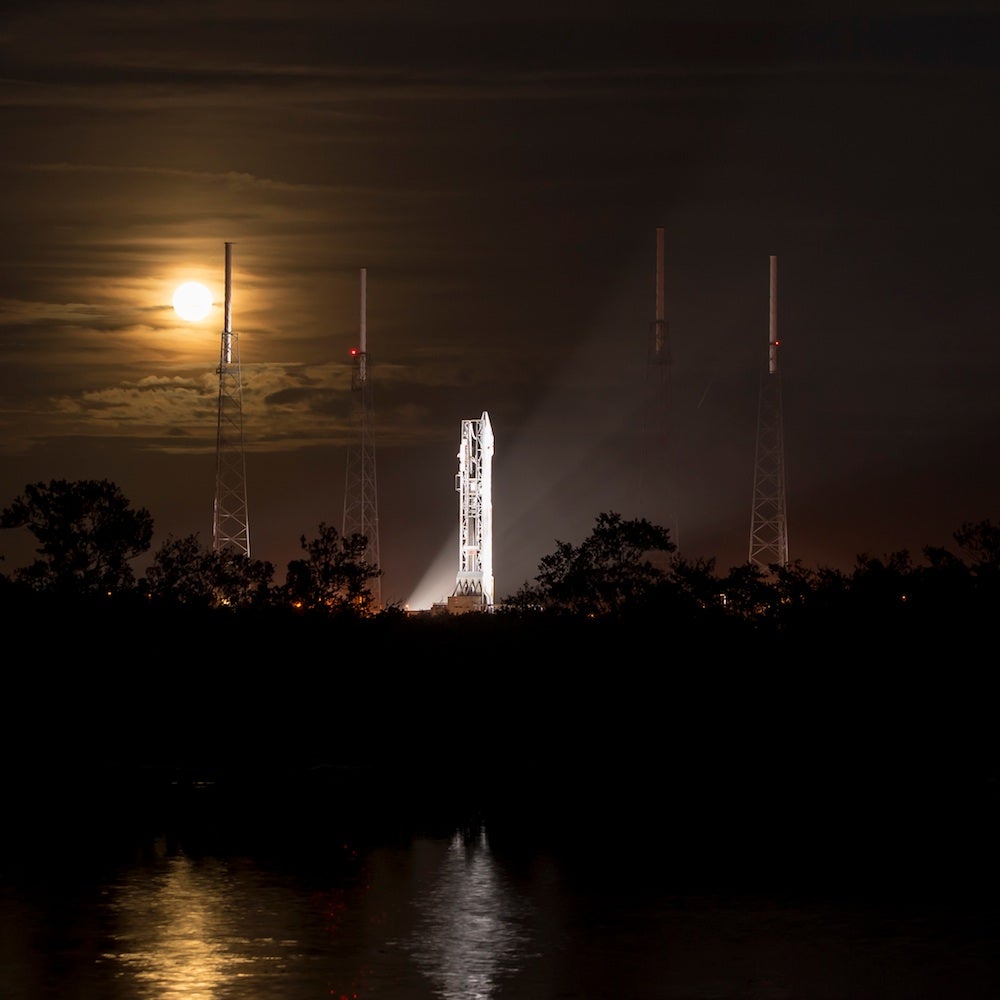 What is MAVEN studying?

You can learn more about what MAVEN is going to Mars to study in our story from last Friday. In short, the craft is taking a special orbit around Mars to sample many parts of the planet’s upper atmosphere and learn more about the processes that are occurring there now. From that data, scientists will estimate what happened in Mars’ past, billions of years ago, when scientists think the planet had large bodies of liquid water and a thick atmosphere. Both are now gone. 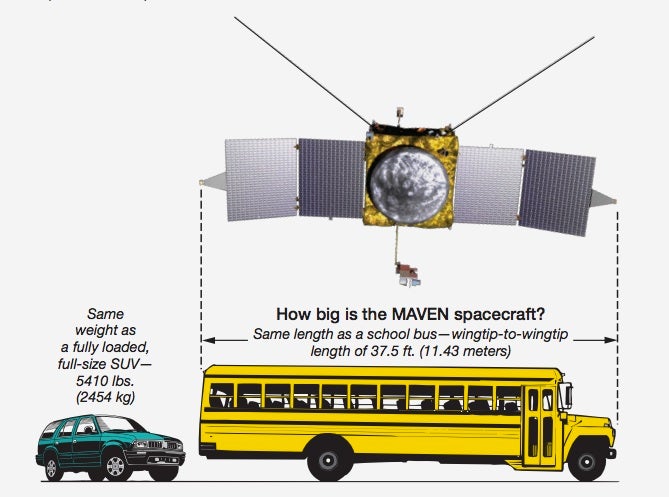 How soon can we expect MAVEN to start sending scientific data back to Earth?

This will be a 10-month trip for MAVEN, which will enter orbit around Mars in September 2014. After that, it will take another five weeks for MAVEN to get into its designated orbit and test its instruments. Once it starts taking measurements, MAVEN will send data back home twice a week. Of course, engineers will communicate with the craft before that to perform maneuvers, check on the craft’s health and test its instruments.

How long will MAVEN’s mission last?

MAVEN’s primary science-gathering mission is supposed to last one Earth year. The project may be renewed for one or two additional years of science. After that, the craft may act as a backup communications relay for other vehicles already on Mars’ surface. “If things go their way, we can continue to operate as long as 10 years,” Bruce Jakosky, a planetary scientist at the University of Colorado, Boulder, and the lead for MAVEN’s scientific studies, said during a press conference Sunday.

It seems like we’ve been sending a lot of spacecraft to Mars lately. What’s with that?

President Barack Obama directed NASA to send humans to Mars by the 2030s, and the most recent missions have, in part, examined some of the technologies we’ll need to get there. For example, the Curiosity rover tested NASA’s ability to land a one-metric-ton payload on the surface of Mars. Engineers estimate that a human mission would need to land at least 40 metric tons at once.

Curiosity and MAVEN are also looking for minerals and chemicals on Mars’ surface and in its atmosphere that people could use in situ, as scientists say. “We need to understand how to use the resources in the environment where we are,” William Gerstenmaier, NASA’s associate administrator for human exploration and operations, says. Curiosity already found some water people may be able to isolate from the Martian soil.

NASA has always been interested in our red neighbor. After the Mariner and Viking missions in the 1960s and 1970s, NASA has sent missions to Mars every few years since the 1990s.

If everything goes as planned for both missions, MAVEN will reach Mars a few days before MOM. MOM will take some related, but not identical, measurements as MAVEN. It’s likely the two science teams will compare data after they’re collected, Jakosky says.

How long has the MAVEN mission been in the works?

Jakosky says he originally had the idea for MAVEN’s atmospheric mission 10 years ago.

Either MAVEN or a competitor was originally supposed to launch in 2011, but, in 2007, NASA staff discovered one of the finalists for the mission—not MAVEN—hadn’t disclosed a conflict of interest “related to procurement,” Space.com reported at the time. NASA scrapped the finalist, as well as the evaluation panel. The fresh start meant the mission got pushed to the 2013 launch window for Mars. MAVEN, which had been a finalist in 2007, made it to the top after the second round of calls for proposals.

$671 million over its full life cycle.