Web Wear: A New Coat Is Made From Biotech Spider Silk

Performance clothes will never be the same 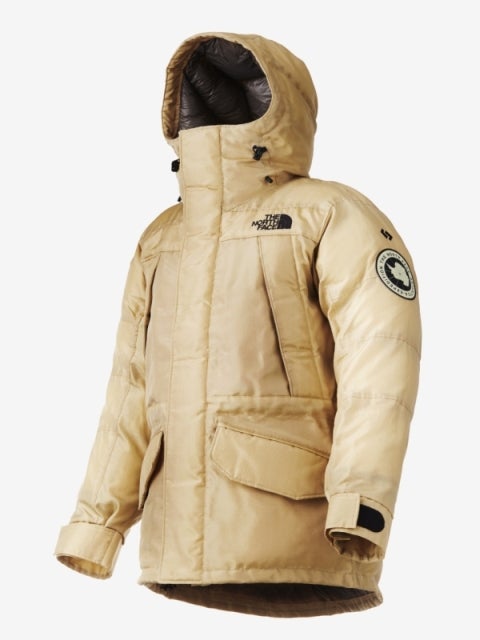 For the past three weeks, outdoor apparel maker The North Face and materials company Spiber have been touring a gold-colored parka across Japan. The prototype, called the “Moon Parka,” is a first—a coat whose outer shell is spun from synthetic spider silk.

“Not since DuPont first launched Lycra 40 years ago has a textile come along set to revolutionize the fashion industry,” says Suzanne Lee, founder of Biofabricate, a design and biotech conference, and author of Fashioning the Future.

Light, supple, stretchy, and stronger than steel, spider silk has long been sought as a thread for all sorts of uses, including bulletproof vests, wound dressings, and car materials. But spiders don’t lend themselves to industrial harvesting, unless by extraordinary means, because they cannibalize each other when confined together.

Over the last decade, a series of companies has sought to create spider silk with little financial success. Most famously, Nexia, whose bioengineered “spider goats” secreted spider proteins in their milk, folded in 2009.

“The textiles industry is the dirtiest industry on the planet. Everything relies on toxic chemistries,” says Sue Levin, the chief marketing officer of Bolt Threads, a spider silk startup. “This is a clean starting point.”

Spiber, based in central Japan, says it has bioengineered 656 spider silk genetic variations into microbes to create its material Qmonos (Japanese for spider web) for the Moon Parka. The company has also created over 250 thread types with varying properties as part of a strategy to enter into the apparel, medical, and auto markets as soon as next year.

It has taken Spiber eight years to develop its silk. To make it, the company brews spider silk protein from its engineered microbes, and then purifies the protein into a fine powder. The powder is excreted through syringe-like needles to create fibers, which are then spun into thread.

In a different process, Bolt Threads in Emeryville, California ferments spider silk proteins from bioengineered yeast. Once purified, the protein is extruded into vats of liquid that convert the loose protein into fibers. (Full disclosure: Bolt Threads is funded by the Founders Fund, a sponsor of the Biodesign Challenge.)

Bolt plans to announce its first commercial application next year. The thread will look and feel like regular silk, but will be more durable and easier to care for, Levin says. “We’re interested in creating silkworm silk’s wonderful qualities in a fiber that’s hardier,” she says.

The North Face has offered no dates for when or if the Moon Parka will go on sale, but it’s increasingly clear that spider silk will soon become an everyday item in closets and dressers. “This is the dawn of the age of biotech textiles,” Lee says.