Arsenic From Copper Mines In Chile Was Found In Antarctic Ice 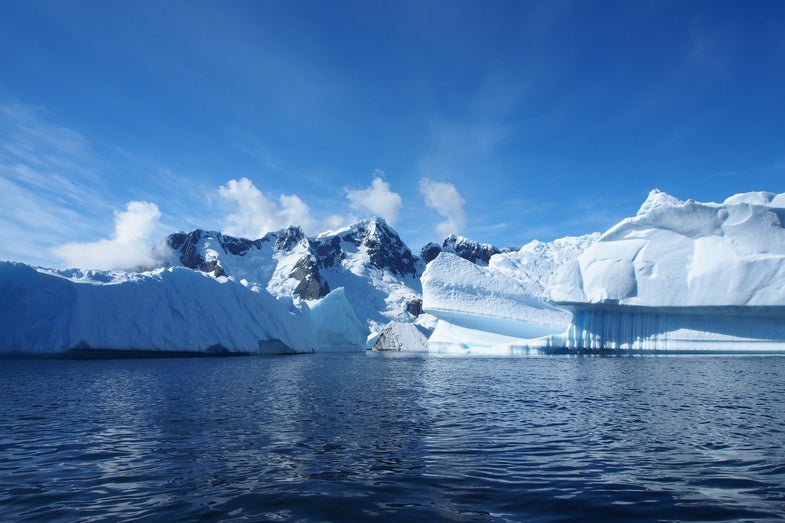 It’s a small world after all. Laying aside philosophical exercises of butterflies and storms, changing conditions in one area of the world can, and do, affect locations thousands of miles away. Dust from the Sahara desert fertilizes the Amazon, smog in Chinese cities increases flooding in rural areas much farther away, and rising temperatures and melting ice caps are forcing sea level rise in areas nowhere near glaciers. A new study adds another item to the list.

In a paper published in the journal Atmospheric Environment, researchers describe how they were able to trace the rise of Chile’s copper industry by analyzing layers of ice in Antarctica, 4,000 miles away. Other pollutants from distant human activities have been detected in Antarctica in the past, but these deposits have an interesting story to tell.

How did the arsenic get there? Arsenic is a naturally occurring but highly toxic element, and often shows up in the same geologic formations as another valuable resource–copper. But copper mixed with arsenic doesn’t sell as well as copper that’s just copper. So, for years miners have had to extract arsenic from copper ore by first leaching it away with chemicals or smelting it out, and then heating it so all that remains is the desired metal. In this case, the arsenic is released into the atmosphere, where it mixes with the air and eventually falls out of the sky as precipitation–even in an area as distant from the original site as Antarctica. Many copper deposits in Chile have been dealing with arsenic for years, since the industry took off in the 20th century.

In the study, researchers examined cores of ice taken in Antarctica and measured the amount of arsenic in each layer. In each ice core taken, the layers represent a natural record that stretched from 1883 to 2008. They found that before 1900, levels of arsenic were pretty low, measuring 1.92 picograms per gram. But the researchers noticed that there was a spike in arsenic levels soon after the copper industry really took off in Chile in the 1940s. By 1950, the rate had soared to 7.94 picograms per gram. Then, in the 1990s, the Chilean government began creating detailed environmental regulations that curtailed the release of arsenic into the atmosphere. After the new guidelines came into effect, the arsenic levels in Antarctica dropped back down to pre-1900 levels.

Those are pretty low numbers overall. For comparison, the World Health Organization sets the safe limit of arsenic in drinking water at 10 micrograms per liter. With one million picograms in one microgram and about 1000 grams of water in one liter (caveat: no, ice and water aren’t the same density as ice tends to be less dense than water but it might help you put the numbers in perspective), even the highest levels in the 1950 layer of the Antarctic ice is considered well within the acceptable limits. But that’s not the end of the story. While Antarctic ice might be ok (on this front at least) other areas might not be so lucky.

Franciele Schwanck, the lead author of the paper told Chilean newspaper La Tercera that it was likely that much more of the arsenic fell out of the sky long before it reached Antarctica, creating a potential public health hazard in areas of Chile that are closest to the copper mines.