The Most Sustainable Way To Raise Seafood Might Be On Land

Indiana is the new ocean 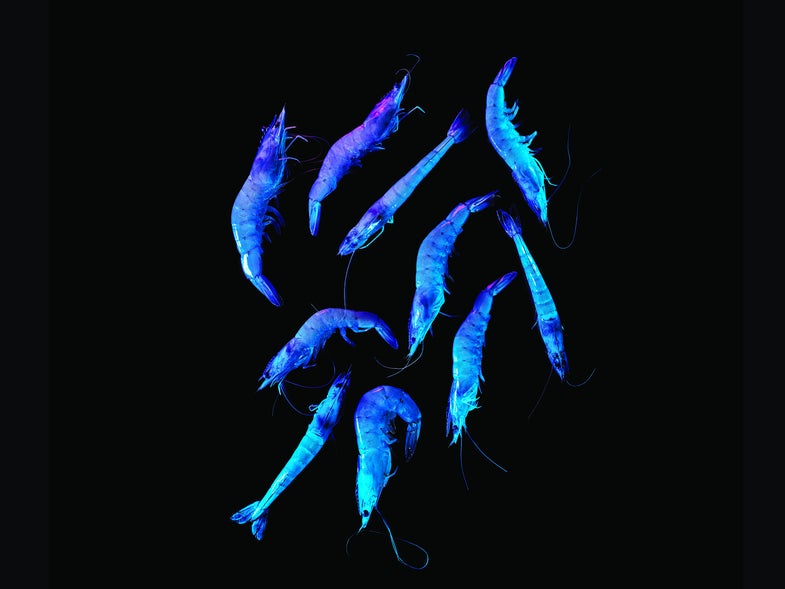 Americans eat about 4 billion pounds of seafood a year, but many of us don’t know where our fish or shellfish come from—or even what we’re eating. (Seafood is sometimes intentionally mislabeled.) Karlanea Brown’s family-run shrimp farm, in landlocked Indiana, offers a cheaper, sustainable, and more transparent approach.

For years, the Brown family had raised hogs but became frustrated by plummeting prices in the market. So they began looking into aquaculture. In 2010, they decided to raise shrimp. Their farm, RDM Aquaculture, is now the largest such operation in Indiana—which is a U.S. leader in inland shrimp farming—and produces 250,000 shrimp a month.

Today, much of the world’s shrimp is grown in small farms in Southeast Asia that don’t always measure up to U.S. health-safety regulations. In 2011, the Government Accountability Office cited several examples of imported samples tainted with unregulated antibiotics. Farms like Brown’s provide a safe and healthier alternative.

Brown raises her Pacific white shrimp indoors in large recirculating plastic tanks that rely on bacteria to consume waste. The closed-loop system is surprisingly low-tech: The tanks are essentially swimming pools with air pumped in to keep the bacteria in suspension—a system based on Texas A&M research, and refined by Brown and her family. The tanks don’t require filters to keep the water clean, and that clean water removes the need for costly antibiotics. Brown’s farm is now one of 11 in the state, up from three when she started in 2010. “Indiana could become the shrimp capital of the world,” Brown says.

That might not be as far-fetched as it sounds. In a 2011 report, the United Nations’ Food and Agriculture Organization found that around 90 percent of the world’s fisheries are fully exploited or overexploited. To take pressure off ocean stocks, the world must produce an additional 40 million metric tons of farmed seafood over the next 15 years, according to Michael Rubino, director of the National Oceanic and Atmospheric Administration fisheries aquaculture program.

Aquaculture is already the fastest-growing food-producing sector in the country. There is one drawback to Brown’s approach: Even recirculating systems often feed their stock other seafood that has been harvested from the ocean by dredging or by other potentially damaging methods. Scientists have developed an alternative, vegetarian-based feed for carni­vorous fish, and this might eventually help.

As for Brown, she is already looking to branch out to raising crawfish, oysters, and tilapia. “We have to keep growing,” Brown says. “The ocean is dying every day unless we change things. By moving inland, we have a chance to keep seafood going.”