How Spiders Spin Their Silk, and Why It Can Help Humans 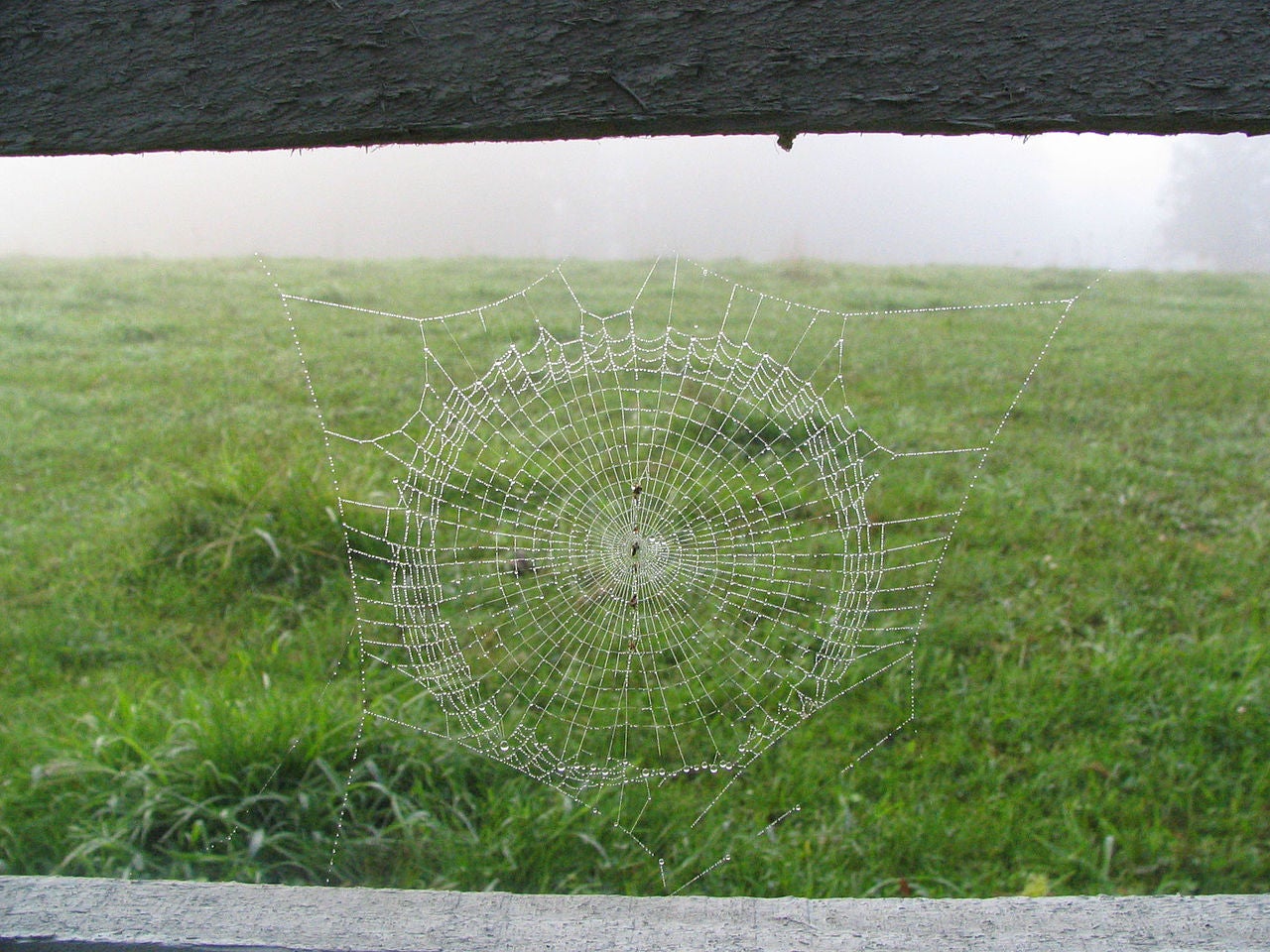 Spider silk is one of the most incredible substances in nature. It’s lightweight, stretchy, practically weightless and almost transparent, yet it’s stronger than steel, pound for pound. Spiders produce it to protect their eggs and trap their food, and humans would like to borrow its strength and durability to make things like bulletproof vests and hospital sutures.

A new study in PLoS Biology explains the chemistry behind this material, demonstrating how spiders control their silk production glands to churn out solid silk fibers from liquid proteins stored in their bodies. This could help humans working on spider-based materials. And it turns out that one of their internal silk-spinning structures could help us learn more about Alzheimer’s disease, too.

Silk proteins, called spidroins, are huge proteins that contain some 3,500 amino acids repeating in a pattern. Sort of like a battery, they also have two terminals, an N and a C. Spiders store the proteins in soluble form in their silk glands, and then transform them into solid fibers at room temperature. This happens extremely quickly — faster than 40 inches per second. There’s no external heat- or pressure-caused phase change; the spider has to do all this itself.

Scientists thought this must involve chemistry, namely a pH gradient that changes the structure of the protein as it passes through the silk glands. To figure it out, Anna Rising, Jan Johansson and their colleagues measured the pH levels throughout the silk glands of an orb weaver spider, Nephila clavipes. 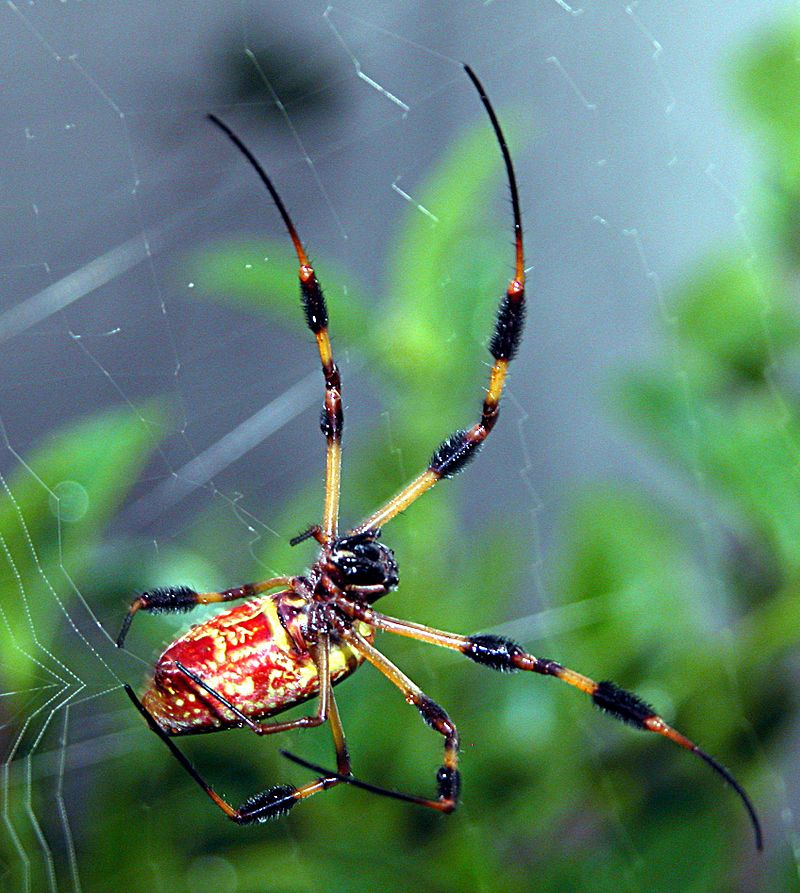 They stuck itsy bitsy electrodes into the silk gland, and found the pH drops from 7.6 to 5.7 halfway into the gland (as far as the electrodes would go). This is a bigger gradient than anyone expected. Along the same path, carbon dioxide pressure rises and bicarbonate ions increase. This was a telltale sign of a special enzyme, which makes the environment more acidic.

Together, these chemical differences change the protein and serve as a “lock and trigger mechanism,” according to the researchers. When the pH is more neutral, the spider keeps the spidroins in soluble form. When the pH gets more acidic, the protein’s C battery terminal unfolds, triggering a fast solidification and resulting in thin, ultra-strong spider silk. This explains how spiders can very quickly spin silk from just one small region of their silk-producing anatomy.

The weirder part happened when the researchers looked more closely at that C terminal, and noticed its structure resembles the amyloid fibrils that form in the brains of people with Alzheimer’s disease. So understanding the chemical basis for spider silk production can not only help humans who are trying to mimic it, but humans trying to understand dementia. If scientists can better understand how certain proteins form, unravel and clump together, they might be able to devise ways to stop them, helping people with Alzheimer’s.

So the next time you see a spider web, pause for a minute before you get out the broom, and admire that incredible stuff.