However, it could have been much worse 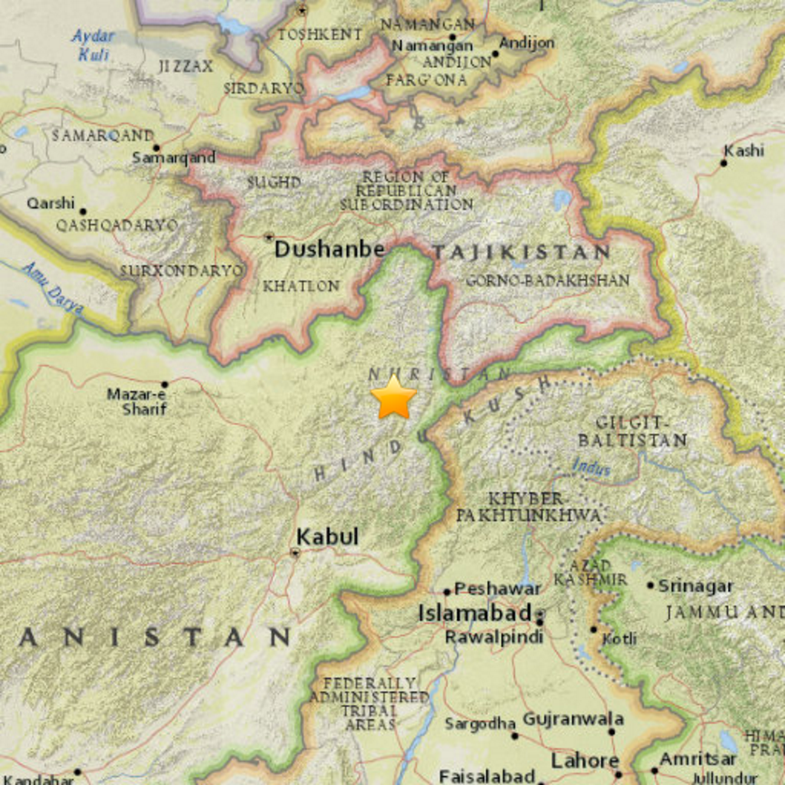 A huge earthquake shook Afghanistan today, killing over 100, and panicking people living in the region. The quake shook several cities in the area, including Kabul, the capital of Afghanistan, and Islamabad, capital of neighboring Pakistan.

The quake had a magnitude of 7.5. The magnitude of an earthquake is the amount of shaking and energy released during an earthquake, and a 7.5 is very high–usually only 20 or so earthquakes of this size happen in any given year, and they tend to be serious, with the potential to reduce buildings to rubble.

There are early reports that homes and buildings collapsed in the quake, but getting information about damage and casualties from the quake remains difficult. Many roads, telephone lines, and other communication infrastructure was severely damaged during the shaking. The United States Geological Survey (USGS) estimates that there is a 33 percent chance the number of fatalities in this event will be between 100 and 1,000 people, and a 32 percent chance that the final death toll will be between 1,000 and 10,000.

As terrible as those numbers are, the situation could have been much worse. While this earthquake was felt over a large distance, the intensity of the shaking was lessened by the fact that it originated nearly 130 miles under the Hindu Kush mountains. Because it happened so deep in the earth, the shaking at the surface was much less intense than if the earth started shaking at a shallower depth. The 7.8 magnitude earthquake that struck Nepal earlier this year was only located 5 miles below the surface. In that case, shaking was so intense that it killed over 8,000 people, leveled many Nepali towns, and severely damaged the capital city of Kathmandu. Many people there are still trying to rebuild their lives.

The region is no stranger to earthquakes. Afghanistan Nepal, Pakistan and India are all located at the intersection of two tectonic plates. Essentially, the Indian subcontinent is smashing into the rest of Europe and Asia in slow motion, only moving about one and a half inches every year. It might seem really slow, but that movement is enough to raise up massive mountain ranges like the Himalayas and cause large earthquakes like this one, or even worse. A 7.6 magnitude earthquake struck the Kashmir region in 2005, killing 86,000.

Unfortunately, despite the long history, many people in the area were unprepared for the earthquake. Twelve of the fatalities were schoolgirls who died in a stampede attempting to leave their building. Most of the construction in Afghanistan is unreinforced brick or adobe, which is highly vulnerable to shaking.

The event is a stark contrast to the 8.3-magnitude earthquake that shook the coast of Chile last month. Concerted public awareness efforts, and resilient buildings, meant that there were only around 10 fatalities, and the government was safely able to evacuate one million people to higher ground.