Scientists Have Made Worms With Heads Resembling Other Species

The research could improve regenerative medicine for humans 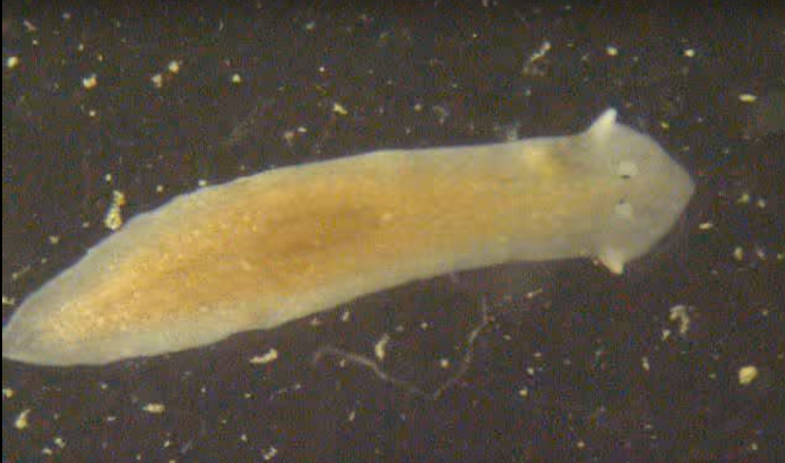 The flatworm girardia dorotocephala has a pretty characteristic head shape: it’s almost a perfect triangle (the sides of its face slope into a point and ear-like appendages called auricles jut out from either side). Now scientists have figured out how to drastically change this flatworm’s head shape to resemble totally different species of worms. Even more astounding, this is possible without altering the animal’s DNA.

The researchers revealed their fascinating findings in a study published yesterday in the International Journal of Molecular Sciences. The work isn’t purely helpful for understanding flatworm biology, it could also help with human medicine. By understanding similar changes in people, scientists could learn how to correct birth defects, or help the body regenerate after an injury, according to a press release.

Electrical signals play a lot of important roles in the body, from carrying information from nerves to the brain to updating and rewriting the structure of the brain itself. The researchers decided to see what would happen if they interrupted gap junctions, spaces through which electrical signals transmit information between cells. They cut off the heads of almost 150 flatworms; the heads take 14 days to regenerate, so the researchers bathed the worms in a chemical known to interrupt the body’s electrical signals for the first few days. The more time the flatworms spent exposed to the chemical, the more they resembled species that were evolutionarily more distant, with heads and brains that looked drastically different. 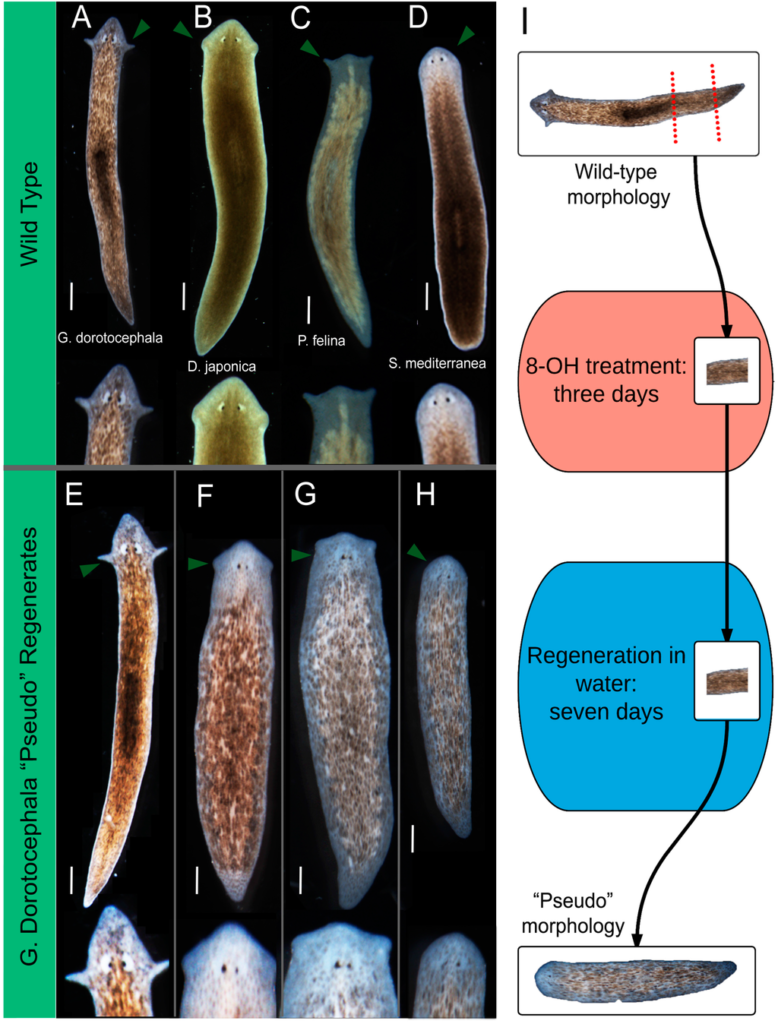 A comparison of the “wild type” flatworm versus those exposed to the signal-interrupting chemical, 8-OH.

After a couple of weeks, however, the worms’ heads and brains returned to the same shape as would be expected for its species, no matter how drastic the initial change. The researchers aren’t sure why these changes were temporary, especially since they were able to make two-headed flatworms that stayed that way in previous experiments, so they plan to investigate the mechanisms more closely.

“We’ve demonstrated that the electrical connections between cells provide important information for species-specific patterning of the head during regeneration in planarian flatworms,” the study’s lead author, Maya Emmons-Bell, said in a press release.

Findings from studies like these could have big implications for human health. The researchers specifically mention regenerative medicine and repairing birth defects, but similar work could apply to dozens of conditions caused by epigenetics, a growing field of research that looks at the changes caused by the genes’ expression rather than alterations in the genetic code itself. Gene expression can be altered by environmental and lifestyle conditions, but also just happen randomly in the body without any identifiable cause, and can drive medical conditions like cancer or autism. A better understanding of the relationship between the body and the electrical signals that allow it to construct complex structures could lead to improved treatments for these and many more conditions.