Over Half Of All Amazonian Tree Species Are In Danger

Tropical tree species make up 90 percent of all trees on Earth, so we might want to do something 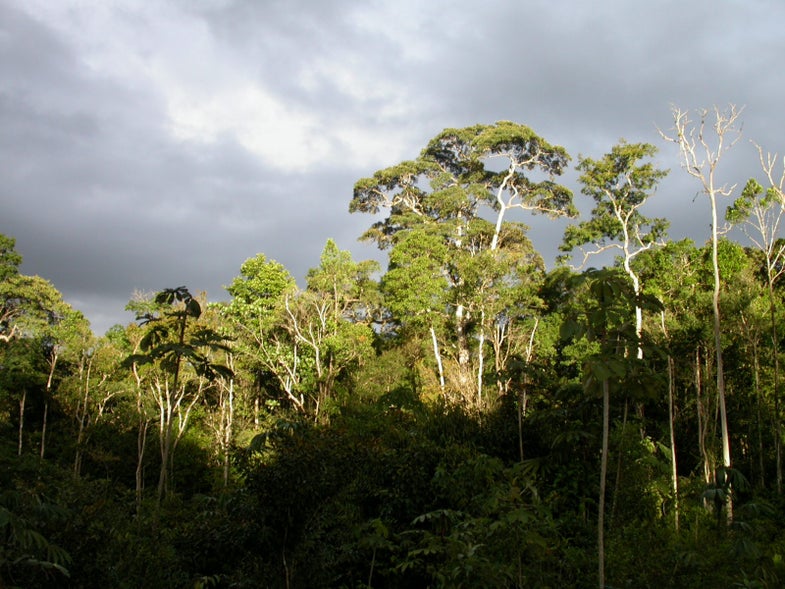 Ever since we were children, we’ve learned in grade school and from Ranger Rick about the cutting down of the rainforest. We learned that it’s bad—that lots of animals and trees are killed and people’s livelihoods are turned upside down. We’ve been told random facts and figures about how many acres are destroyed every second. We eventually start to become numb to it.

So what’s really going on there? There are 15,000 known species of trees in the Amazon. How are those species of trees—the lifeblood and kings of the Amazon—faring? A large international team of researchers set out to find answers to just these questions. Perhaps not surprisingly, their findings were grim: up to 57 percent of all Amazonian tree species are likely to qualify as globally threatened.

What We Knew Before

The rainforests of Amazonia are estimated to have originally covered 2.2 million square miles—a staggering number. Amazonian forests have lost approximately 12 percent of that since industrialization began. Most of this has occurred in the southeastern part, in a region known as the “arc of deforestation.”

Many people have tried to understand and explain the consequences of massive forest loss at an ecosystem level i.e. soil erosion, diminished ecological services (not the least of which is oxygenation of the atmosphere) and climatic patterns gone haywire. But, no one has really attempted to figure out what is going on at a species level. In other words, we roughly know how much forest is being cleared, but what tree species are being destroyed, which ones are in the most danger, and how will that affect the overall destruction of the Amazon? Will the collapse of certain species have a domino or exponential effect on the process? That is precisely what tropical forest ecologist and leader of the study Hans ter Steege wanted to figure out.

Ter Steege and his team took highly a detailed model of tree abundance across Amazonia, developed from 1485 different forest inventories and overlaid two other models representing different deforestation scenarios. Each scenario combined historical, current, and projected rates of cutting. One scenario predicted what would happen if “business as usual” (BAU) or current rates of clearing continued. The other, titled the “improved governance scenario” (IGS) showed how much forest might be cleared if the integrity of indigenous peoples territories and protected areas were strictly maintained.

Under the BAU scenario, approximately 40 percent of the original Amazon forest would be destroyed by 2050, and under the less drastic IGS scenario, about 21 percent of original forest would be lost. Overall, and perhaps more startling, ter Steege and his team concluded that one-quarter to one half of all Amazonian tree species may experience population declines of over 30 percent. This affects all trees, including iconic species like the Brazil nut (63 percent could be lost by 2050) and wild populations of major food crops like cacao (which would see 50 percent population decline) and acai palm (which would experience a 72 percent loss). 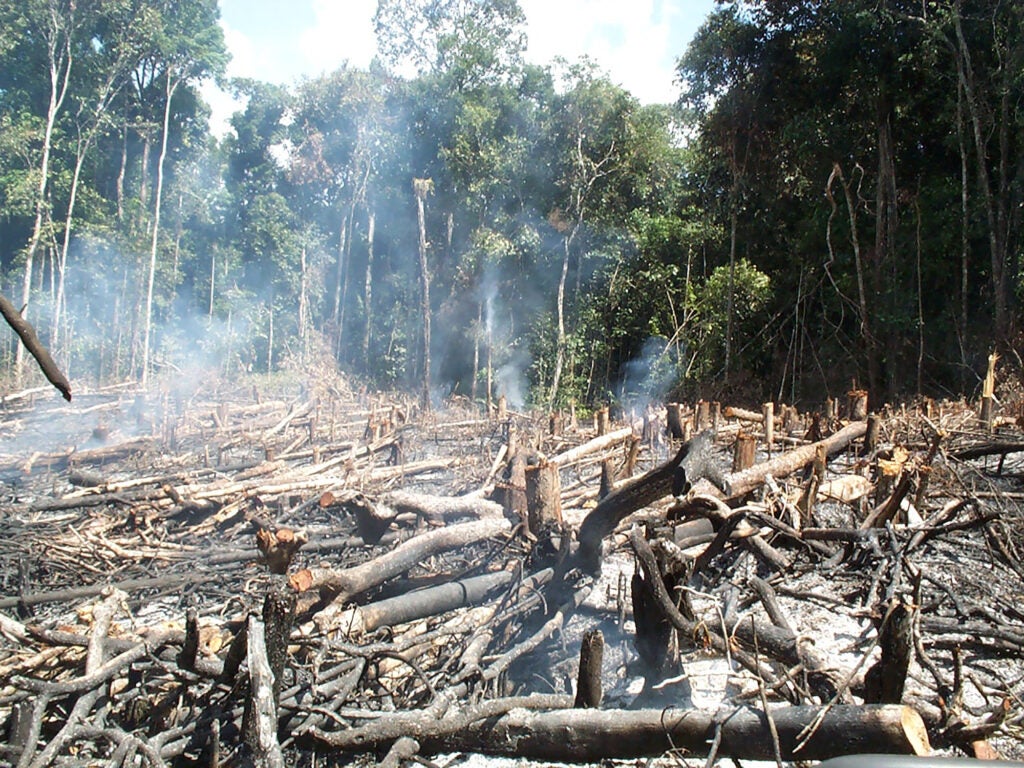 A positive outcome of this study, note the researchers, would be to officially classify up to 57 percent of all Amazonian tree species as threatened on the International Union for the Conservation of Nature’s Red List (the highest regarded and most accurate database on the status of biodiversity all around the globe). “It’s [the IUCN Red List] a political instrument that has been used across a wide array of areas and situations” for conservation purposes and carries significant weight.

Ter Steege goes even further to suggest that most tropical tree species on earth may be eligible for official Threatened classification by the IUCN, considering that Africa and Asia have lost about 55 percent and 35 percent of their tropical forests respectively. And while it’s important to assess all species of flora and fauna, plant species can get overlooked. “Mammals and birds create more attention, but there are many more plant species, and our data on them is much less” says ter Steege.

Ultimately, for the IUCN to be able to officially list a species in any category it must be fully assessed which requires a much more thorough hashing out of each species’ current state. But, since over 90 percent of all tree species on Earth are tropical, it might be a good idea to heed this advice. Despite the gloomy results, ter Steege remains hopeful. “Though 11% of the Amazon has been lost, more than 80 percent of it is still there. And around 50% of it has some conservation status. So while we might not be able to stop all deforestation we still have huge possibilities for comprehensive conservation in one of the richest terrestrial regions in the world.” 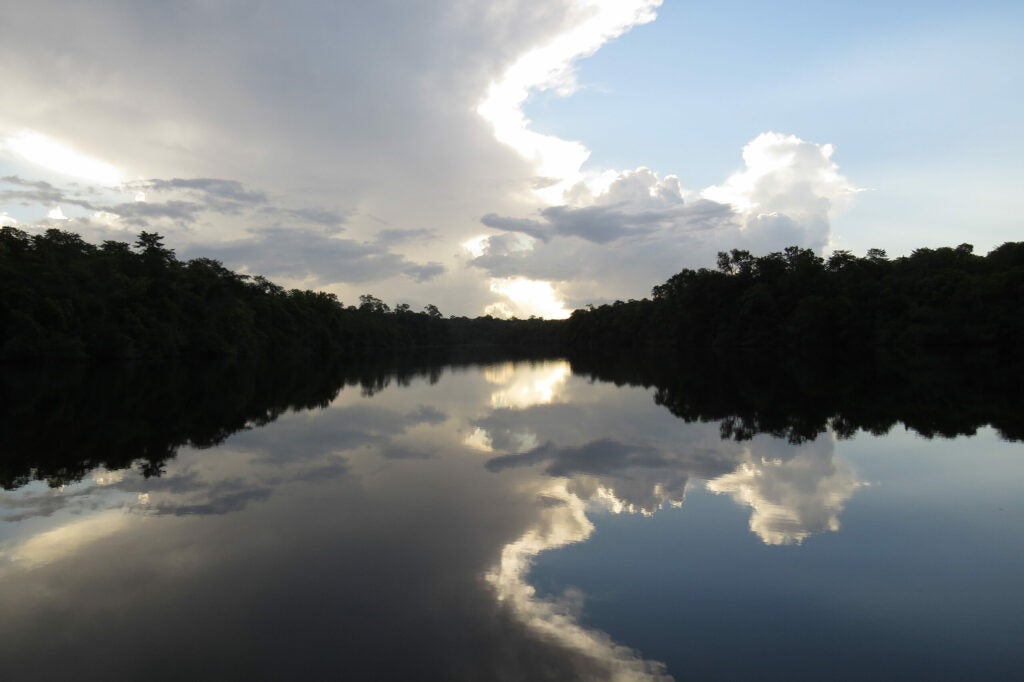 It’s also important to remember that these estimates do not represent exactly what is going to happen. If the late Joe Strummer had anything to add when it comes to conservation it would probably be that “the future is unwritten.” This study presents a warning that most certainly requires our attention, for sure, especially with climate change exacerbating all environmental challenges of the present and future (climate change enhances the effects of deforestation like soil erosion and desertification), but it’s also a check up. It lets us know where we are, and what we need to do to avoid ending up somewhere we don’t want to be.