And there are only about 250 of them 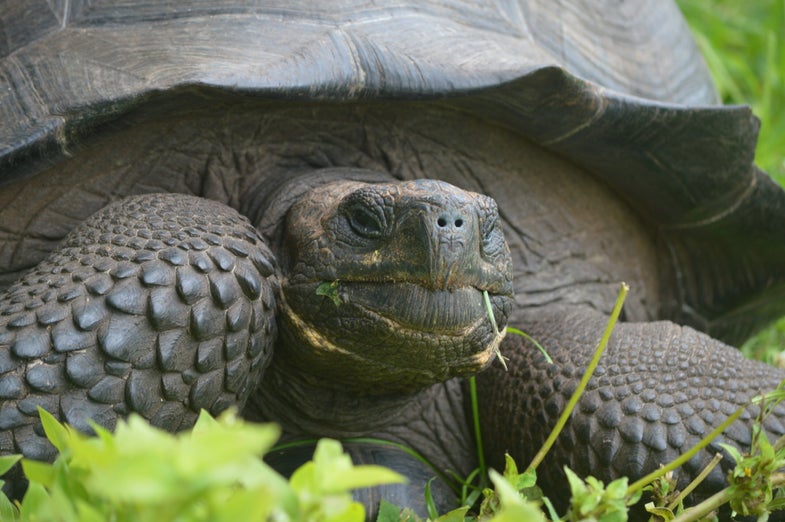 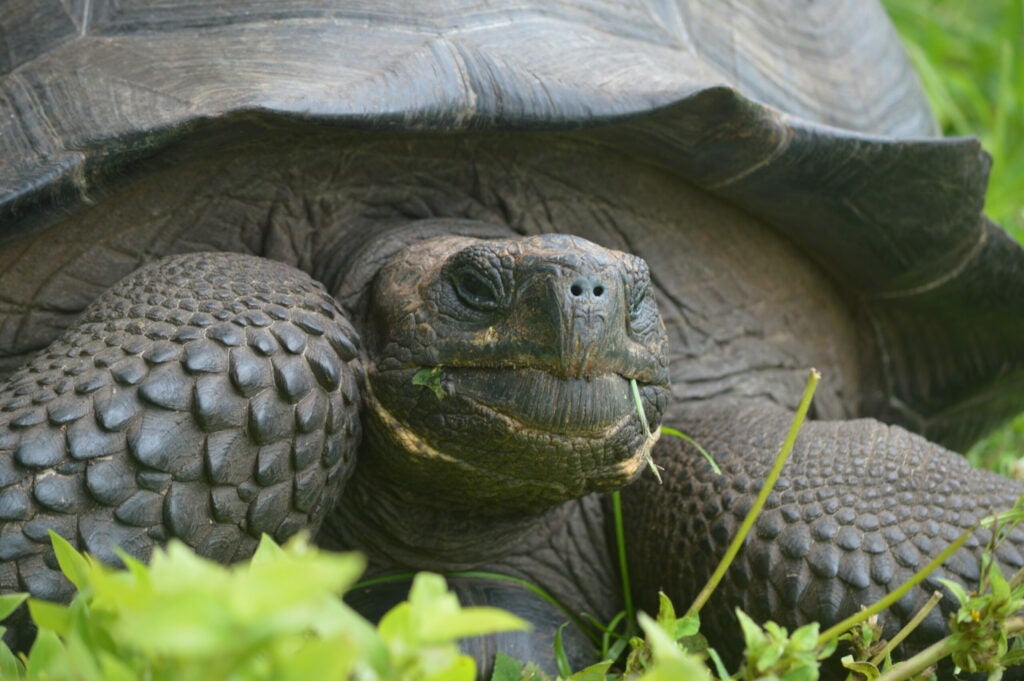 Ever since a young Charles Darwin visited the Galapagos Islands in 1835 during his circumnavigation of the globe, the archipelago has been indelibly linked with the theory of evolution by natural selection. The incredibly specific and varied adaptations of species present on each island provided some of the basis for Darwin’s theory. Yet, despite heavy study since, the islands are still offering up surprising examples of evolution in action, and among some of its most famous inhabitants no less: the giant Galapagos tortoises. On one island, researchers have discovered a new species of giant tortoise: a master of disguise long presumed to be a species it is not.

The giant Galapagos tortoise is the largest tortoise on earth, weighing between 350 and 500 pounds, and stretching 5 feet in length. It’s also incredibly long lived, reaching 100 years of age in the wild. The oldest known tortoise lived in captivity until the ripe old age of 175. These giant lumbering creatures, free of predators and competition, are the key herbivores of the islands, grazing on shrubs, cacti, grasses, and berries.

The taxonomy of Galapagos tortoises has long been debated and is dizzying to decipher. The advent of genetic studies, however, has finally put an end to most of the scientific rigmarole. There are 14 named species of Galapagos tortoises (15 including the newest one), 4 of which are extinct. They are, by and large, distributed one species per island throughout the archipelago. Which makes the discovery of a new species by ecologist Gisella Caccone of Yale University and a large team of researchers significant. The new tortoise species they named resides on the same island as another species 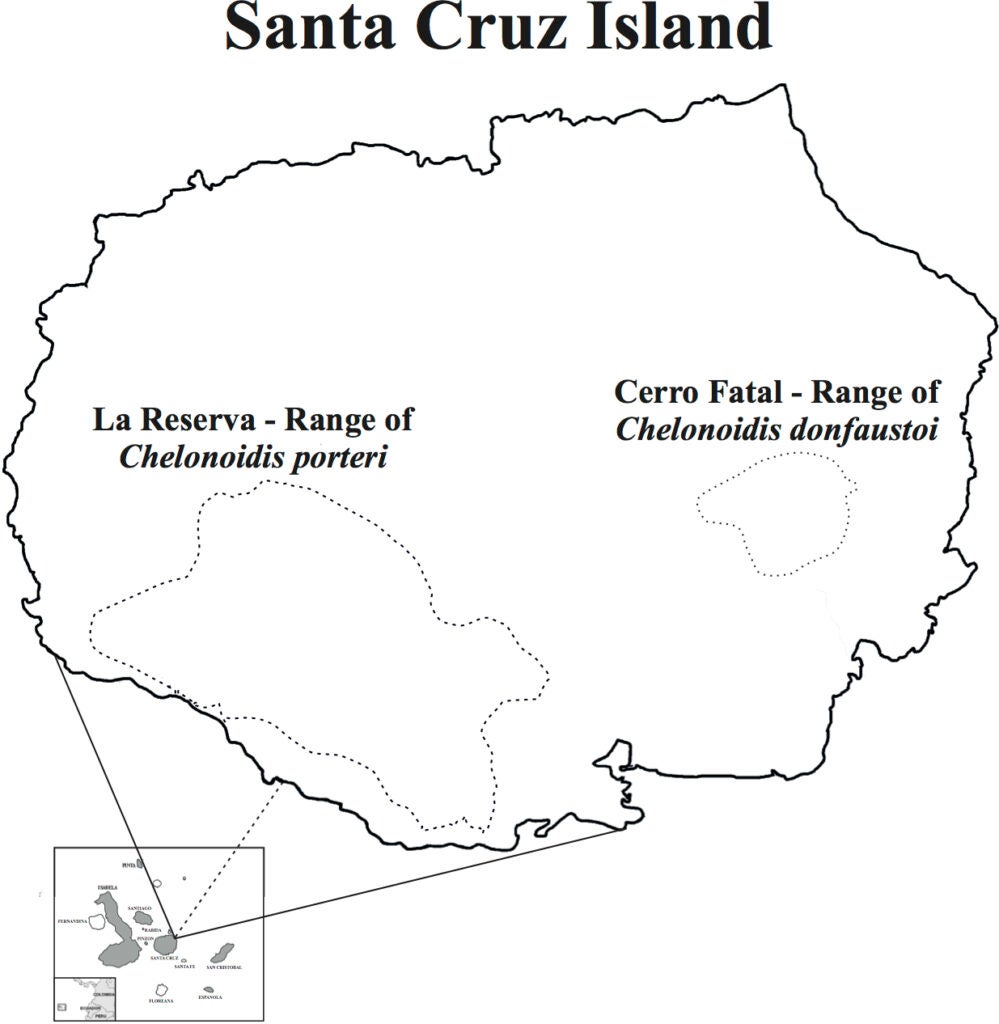 The island of Santa Cruz is the second largest island in the Galapagos and is about 380 square miles in size. It contains two populations of tortoises—one that resides on the southwestern part of the island, known as the “La Reserva” group, and one on the eastern part, about 12 miles away called the “Cerro Fatal” group. The Reserva group is a bit larger, with 2,000-4,000 individuals to Cerro Fatal’s few hundred. Tortoise species on other islands differ in size, carapace (shell) shape and length of necks, but physically, these two don’t appear to be that drastically different despite some slight differences in carapace shape. Ecologist Nikos Poulakakis of the University of Crete, coauthor of the study, notes that the Cerro Fatal tortoises have more compressed carapaces than the elongated carapaces of the Reserva tortoises.

Genetically, however, it’s another story. Significant genetic distinctiveness between the two groups is what ultimately led Caccone and her team to conclude they were separate species. In fact, the Reserva and Cerro Fatal tortoises are among the most genetically divergent species within the archipelago. Both populations were previously considered to be Chelonoidis porteri (the species of the Reserva group), but it became clear that the Cerro Fatal were a different species, which they’ve named Chelonoidis donfaustoi.

The question then is how these two distinct species came to be on the same island. Caccone thinks that the two likely arrived at different times. “Santa Cruz was not colonized once,” she says. The Reserva tortoises are descendent from a much older lineage of tortoise and came to Santa Cruz, perhaps just a few individuals at first, on floating rafts of vegetation. Sometime later, the Cerro Fatal species arrived. The two species remained separated on the island because of geography and climate. The Reserva tortoises flourished at higher elevations in a more humid, cloud-forest environment, while the Cerro Fatal found their niche in the more dry, lower elevations. 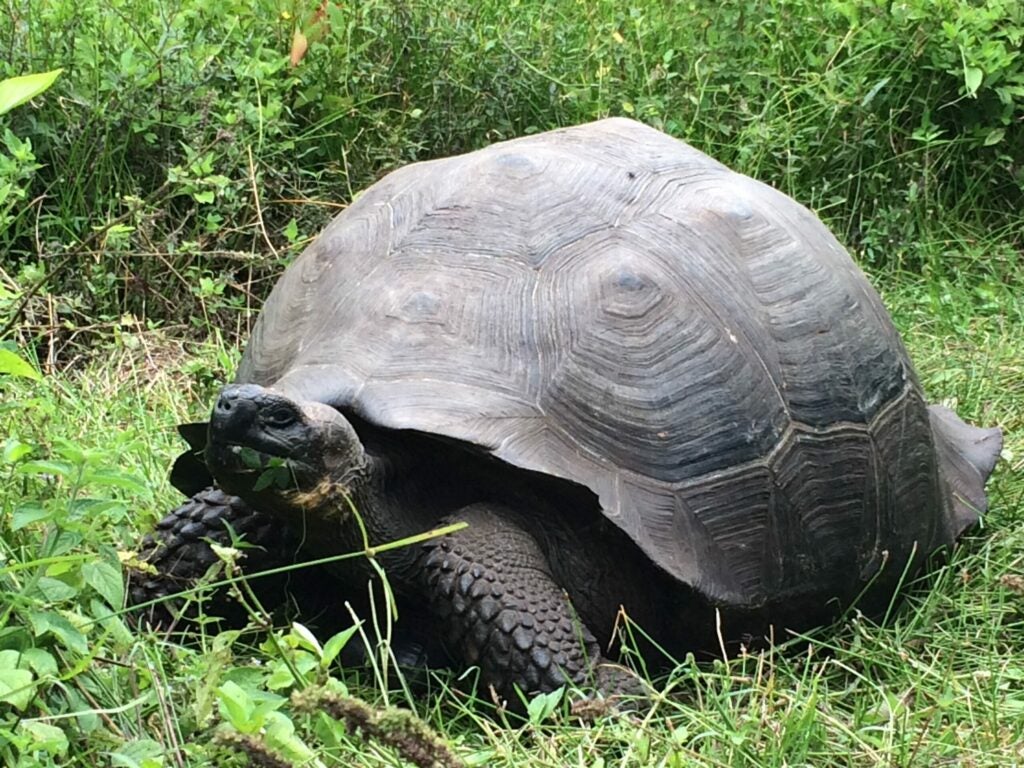 The giant Galapagos tortoises have undergone some significant upheaval since humans first arrived at the islands in the 1500s, plummeting from as much as 250,000 to as little as 3,000 in the 1970s. Hunting, agriculture and intense competition from invasive animals like rats and feral goats all contributed to their decline. Intense captive breeding and conservation efforts have caused their numbers to rebound to almost 20,000, but their status remains vulnerable. Caccone hopes that the formal naming and description of this new species—which numbers only around 250 individuals—can help promote efforts to protect and restore it. Especially considering its geographic range and population size make it extremely vulnerable to threats and pressures.

As for the naming of the new species—C. donfaustoi—Caccone and her team decided to name it after Fausto Llerena Sanchez, known around the islands as “Don Fausto,” a Galapagos park ranger and caretaker of captive tortoises who worked tirelessly for the park and giant tortoise conservation for 40 plus years—a “silent hero” as Caccone calls him. “I felt it time to recognize the people of Ecuador and the Galapagos who have worked so hard to protect these tortoises,” she says. 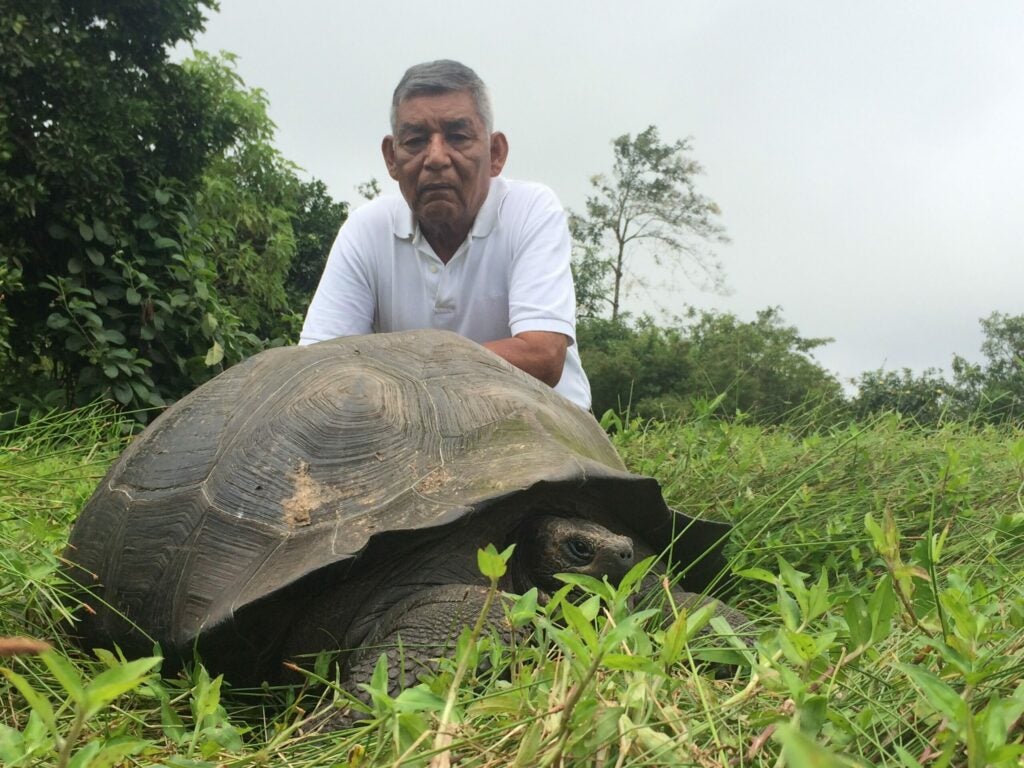