Ten of the ugliest animals threatened by climate change

Because not just cute critters will suffer 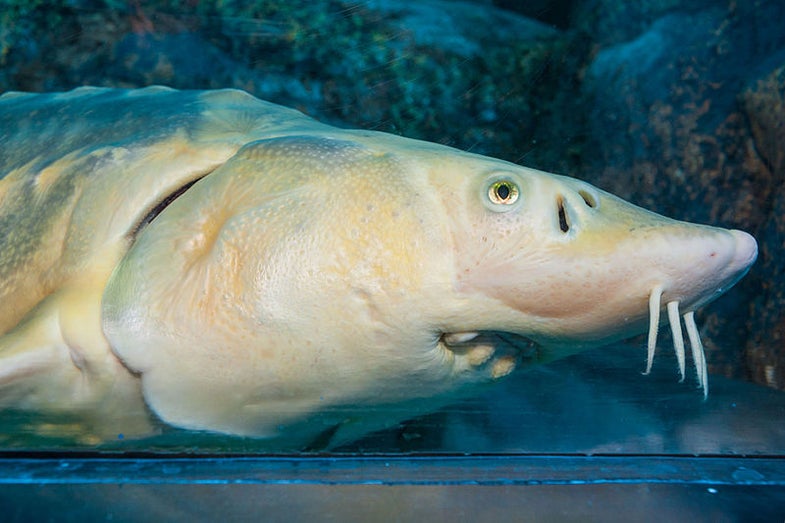 Everyone cares that pandas and polar bears are endangered because, let’s face it, they’re adorable. In enviro speak, they’re known as “charismatic megafauna”—they’re large animals with popular appeal. Also included on this list are elephants, lions, tigers, sharks, and whales. In short, looks matter.

Conservation organizations love these animals because they easily capture our attention. And by proxy, they get folks to care about the need for conservation. Our tuna would be less “dolphin-safe” if dolphins looked less like dolphins and more like the Blob Fish.

The hope is that as we work to conserve these charismatic species, we’ll also save the plants and animals share their habitat—a concept known as the umbrella effect. By protecting lions, for example, we also protect the less flamboyant fauna that live in the same eco-system.

Unfortunately, that logic isn’t backed up by evidence. A study released in 2000 which looked at maps of the ranges of the Big Five African mammals popular with tourists—the African buffalo, elephant, rhinos, lions, and leopards—found that conserving their habitat was no better at representing the diversity of mammals and birds than choosing areas at random. In other words, the areas where these animals inhabit aren’t necessarily the best areas to protect if your goal is maximizing the number of species that are saved from extinction.

And by focusing on the big guys, we’re reinforcing the idea that the only animals worth saving are the ones humans find attractive. But just because a species is small, or ugly, doesn’t mean that it deserves to be extirpated.

So, in that vein, we’ve created a photo gallery based on the International Union for Conservation of Nature’s Red List of Threatened Species. Originally launched in 1964, it’s one of the most comprehensive guides to the global conservation status of biological species.

Though beauty is in the eye of the beholder, we think it’s safe to say that the endangered species we’ve collected below are unlikely to win any pageants. But we think they’re just as worthy of our attention—and our protection.

It’s not as internationally famous as the Panda. But in its home country, the Chinese sturgeon is regarded as a “national treasure”—but not for its looks. Sturgeons date back to the Cretaceous period (and boy do they look like it). Their primitive origins make them especially interesting from a biological perspective.

Native to Central Mexico, this amphibian once crawled the ancient system of water channels and lakes in Mexico City. But it’s disappeared from most of its range.

This frog, with a vibrant coloration that you either love or hate, is native to Ecuador—and it might already be extinct.

Sure, there are green iguanas, and gray iguanas, and even blue iguanas. But pink? Yes, the pink iguana is indigenous to Isabela Island in the Galápagos. Its unique coloring costs it some points in the looks category.

This odd-looking fish is found only in the coastal waters of Southern France.

The Siamese crocodile, a freshwater crocodile native to Indonesia, is one of the least studied and most critically endangered of its kind.

From its rodent-like teeth to its thin, slender fingers, the assemblage of features that comprise the Madagascan aye-aye (a type of lemur) make it a hard animal to adore.

This blue crayfish endemic to the waters of Australia serves as a visual reminder that shellfish are often little more than sea cockroaches.

This sea bird native to Christmas Island is known to engages in Kleptoparasitism—it harasses other birds into regurgitating their food so it can feast on the vomit.

The northern bald ibis has a history that dates back 1.8 million years, but disappeared from Europe more than 300 years ago. Now there are a few hundred members of the species left in the wild, mostly concentrated in the Mid-East.