But populations are splintering. 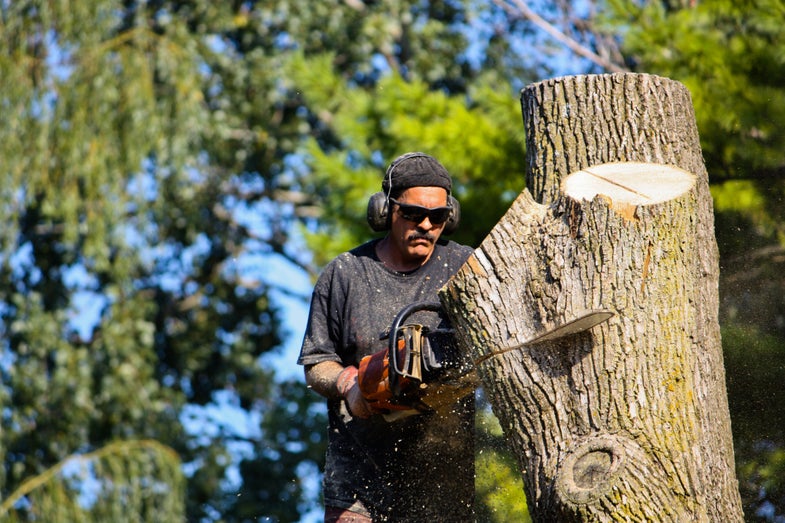 The emerald ash borer has rampaged through 30 states, killing trees in parks, homes and forests. Five of the six species of ash are now critically endangered.

The latest emerald ash borer sighting occurred 120 miles above the northern border of Florida. The Carolina ash tree, which lives in southern states like Florida, is the one species not listed as critically endangered in the latest update to the International Union for the Conservation of Nature (IUCN) red list, a database of every species in danger of becoming extinct. The Carolina ash is simply endangered, because the emerald ash borer (which, as its name suggests, burrows through tree trunks) doesn’t thrive as voraciously in Floridian heat. So the Carolina ash might—maybe—be safe.

“It is true that there are modeling studies that show the emerald ash borers won’t be as successful in warmer areas, but we don’t know that from empirical studies,” says Jason Andrew Smith, a forest pathology researcher at the University of Florida. Of course, it would be hard to test the effects of the emerald ash borer on the ecosystem without setting it loose. People might object to scientific experiments that disturb Florida’s ecosystems, including the habitat of the famous ghost orchid.

The green, black, white, pumpkin, and blue ash—the bulk of the more than eight billion ash trees in the U.S.—are critically endangered. City officials have had to clear entire parks of dead ash, which can cause hazards once dry and brittle. “Here in Chicago you can see whole city blocks where the trees have had to be removed,” says Murphy Westwood, whose team at the Morton Arboretum teamed up with the IUCN to study the endangered trees.

This isn’t the first time a catastrophic disease has decimated a U.S. tree species. Humans have a knack for deigning one species supreme—think of wheat, corn or pigs—and using it pretty much exclusively. We do this for our arboreal species, as well. Before ash trees were en vogue, elm trees were ubiquitous. Then American Dutch elm disease swept across the U.S. in the 1930s and 40s, devastating native populations. “In the earlier part of the 20th century, American elm lined the city streets and they created a cathedral canopy,” says Smith. “Ash trees were used to repopulate American cities after the dutch elm disease epidemic.”

When the same species is planted in neighborhoods all over the country, it’s easy for a single pathogen to come knock most of the tree cover out, which is why seed banks that preserve biodiversity, like the one at the Morton Arboretum, are important. “We need to make sure we have a resilient wild area, as well as diversity of our street trees,” says Westwood.

Though invasive pests have been a problem in the United States since at least 1492, Smith says the problem is getting worse. It’s impossible to inspect every wooden crate that enters in the country, and troublesome insects like the ash borer—which are able to thrive in the absence of their natural predators—can lurk in any of them. “We can’t police every shipment that comes in,” says Smith. “It’s just unrealistic.”

Some insecticides might protect a tree before borers arrive, but once a plant starts to show signs of damage, solutions run thin. “It’s permanent damage,” says Smith. “Something that’s going to forever alter the landscape.”