Even beloved animals rarely hold our attention for long. 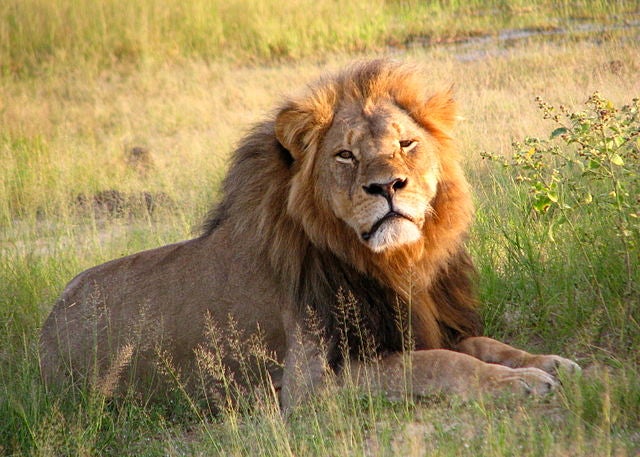 When Cecil the Lion was slain by American dentist Walter Palmer in July 2015, the incident sparked fury around the globe. The 13-year-old lion was a popular attraction at Zimbabwe’s Hwange National Park, known for his striking black mane and comfort with tourist vehicles. His fate drew intense news coverage, a flurry of celebrity tweets, and an impassioned monologue from Jimmy Kimmel.

But that short spike in public attention wasn’t enough to inspire lawmakers to make widespread changes to trophy-hunting policies, a new report indicates. Researchers at Indiana University Bloomington found that people really were more concerned about lions and trophy hunting after the incident, yet the impact of that interest proved limited.

“There was this moment of extreme attention focused on lions after Cecil’s death, but it really was fleeting,” says coauthor David Konisky, an environmental policy researcher.

Individual animals—however appealing they are and however upsetting their deaths may be—don’t have a great track record for changing conservation policies, he says. Cecil may not have overhauled the rules on trophy imports, but he was still a pretty impressive poster lion.

To understand Cecil’s legacy, Konisky and his colleague Stefan Carpenter investigated internet search histories in the aftermath of his death. Right after the news broke, people around the world looked up terms related to lion conservation and trophy hunting 50 times more frequently than in the previous two years. But three weeks later, the spike in searches had already waned. In the six to 12 months following Cecil’s death, public interest was only slightly higher than in the two years before the incident.

The team also examined new laws in the United States (and the other seven countries that most often import lion trophies) in the year after Cecil’s death. They found that Cecil’s demise had only a limited impact on the adoption of new rules to restrict trophy imports. This isn’t surprising, Konisky says. “These windows of opportunity are short and often insufficient to create the impetus for policy change.” However, he says, “There were some policies that were already underway, and it may be that Cecil’s death helped push them over the finish line.”

The United Nations General Assembly passed a resolution to fight the illegal wildlife trade on July 30, 2015. In November France issued a ban on lion trophy imports. Cecil’s death may have influenced this move, although it’s hard to know by how much, Carpenter said in an email.

In the United States, several bills were named after Cecil. However, only New Jersey and Hawaii passed new laws to restrict the import, sale, or possession of animal parts that year. In December 2015, the U.S. Fish and Wildlife Service listed one subspecies of lion as threatened and another as endangered; however, the original petition to update the big cats’ statuses had been filed in 2011.

Cecil may have made people more aware of lion trophy hunting. Still, in the United States, the average citizen does not spend much time thinking about lions, Konisky says. “Having a brief spurt of attention is not going to create long-term demand for policy change.”

There are times when a high-profile crisis can draw enough public scrutiny to spur policy changes. This happened after the 2010 Deepwater Horizon oil spill and the nuclear meltdown at Three Mile Island in 1979.

However, Konisky says, he’s not aware of any incidents involving a famous animal that sparked major changes to conservation laws—or even captured worldwide attention the way Cecil’s death did. “People are really concerned about air pollution and water pollution, but issues around endangered species don’t typically garner a lot of concern or interest,” he says.

For many people, though, the lion’s story was uniquely compelling. Early accounts were filled with “salacious details” of Cecil’s wounding and death, Konisky and Carpenter wrote in the journal Oryx on November 2. “People found it objectionable on many levels,” Konisky says. “It made a mark on folks.”

There are signs that people in the United States are beginning to pay more attention to big game hunting. More than 40 airlines announced in August 2015 that they would refuse to ship lion, elephant, leopard, rhinoceros, and buffalo trophies. In October 2016, the United States banned the import of trophies from captive lions. And when the U.S. Fish and Wildlife Service decided to end a ban on importing elephant trophies last month, the backlash was intense. Several days later President Trump announced the ban would stay in place for now.

So it’s possible that future hunts will create even more of an outcry. On the other hand, Cecil’s son Xanda was also killed by a game hunter this summer and received less intense news coverage. “If we had a big focusing event, I would not necessarily expect a different outcome than we saw with Cecil the Lion,” Konisky says.